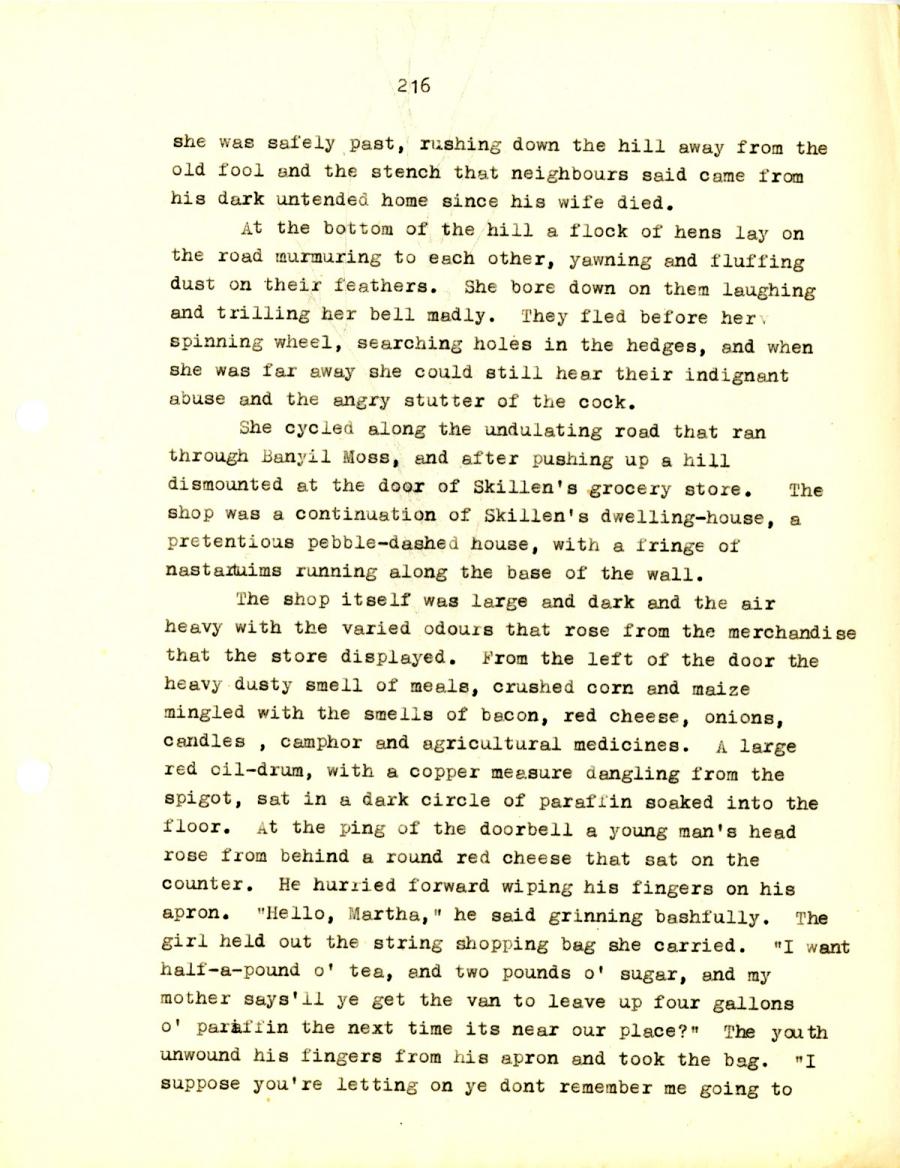 she was safely past, rushing down the hill away from the
old fool and the stench that neighbours said came from
his dark untended home since his wife died.

At the bottom of the hill a flock of hens lay on
the road murmuring to each other, yawning and fluffing
dust on their feathers. She bore down on them laughing
and trilling her bell madly. They fled before her.
spinning wheel, searching holes in the hedges, and when
she was far away she could still hear their indignant
abuse and the angry stutter of the cock.

She cycled along the undulating road that ran
through Banyil Moss, and after pushing up a hill
dismounted at the door of Skillen's grocery store. The
shop was a continuation of Skillen's dwelling-house, a
pretentious pebble-dashed house, with a fringe of
nastartuims running along the base of the wall.

The shop itself was large and dark and the air
heavy with the varied odours that rose from the merchandise
that the store displayed. From the left of the door the
heavy dusty smell of meals, crushed corn and maize
mingled with the smells of bacon, red cheese, onions,
candles , camphor and agricultural medicines. A large
red oil-drum, with a copper measure dangling from the
spigot, sat in a dark circle of paraffin soaked into the
floor. At the ping of the doorbell a young man's head
rose from behind a round red cheese that sat on the
counter. He hurried forward wiping his fingers on his
apron. "Hello, Martha," he said grinning bashfully. The
girl held out the string shopping bag she carried. "I want
half-a-pound o' tea, and two pounds o' sugar, and my
mother says'll ye get the van to leave up four gallons
o' paraffin the next time its near our place?" The youth
unwound his fingers from his apron and took the bag. "I
suppose you're letting on ye dont remember me going to