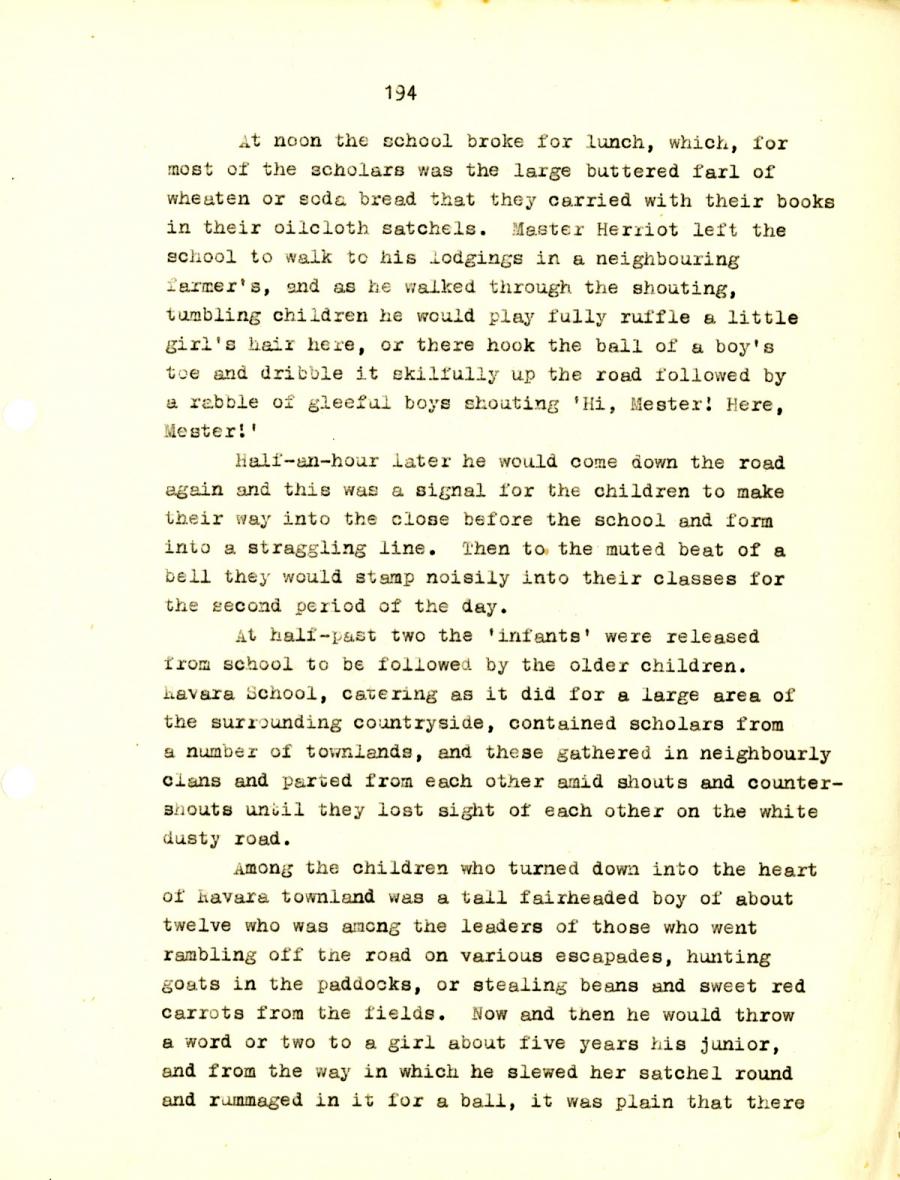 At noon the school broke for lunch, which, for
most of the scholars was the large buttered farl of
wheaten or soda bread that they carried with their books
in their oilcloth satchels. Master Herriot left the
school to walk to his lodgings in a neighbouring
farmer’s, and as he walked through the shouting,
tumbling children he would play fully ruffle a little
girl's hair here, or there hook the ball of a boy's
toe and dribble it skilfully up the road followed by
a rabble of gleeful boys shouting 'Hi, Mester! Here,
Mester!'

Half-an-hour later he would come down the road
again and this was a signal for the children to make
their way into the close before the school and form
into a straggling line. Then to the muted beat of a
bell they would stamp noisily into their classes for
the second period of the day.

At half-past two the 'infants' were released
from school to be followed, by the older children,
Ravara School, catering as it did for a large area of
the surrounding countryside, contained scholars from
a number of townlands, and these gathered in neighbourly
clans and parted from each other amid shouts and counter-
snouts until they lost sight of each other on the white
dusty road.

Among the children who turned down into the heart
of Ravara townland was a tail fairheaded boy of about
twelve who was among the leaders of those who went
rambling off the road on various escapades, hunting
goats in the paddocks, or stealing beans and sweet red
carrots from the fields. Now and then he would throw
a word or two to a girl about five years his junior,
and from the way in which he slewed her satchel round
and rummaged in it for a ball, it was plain that there