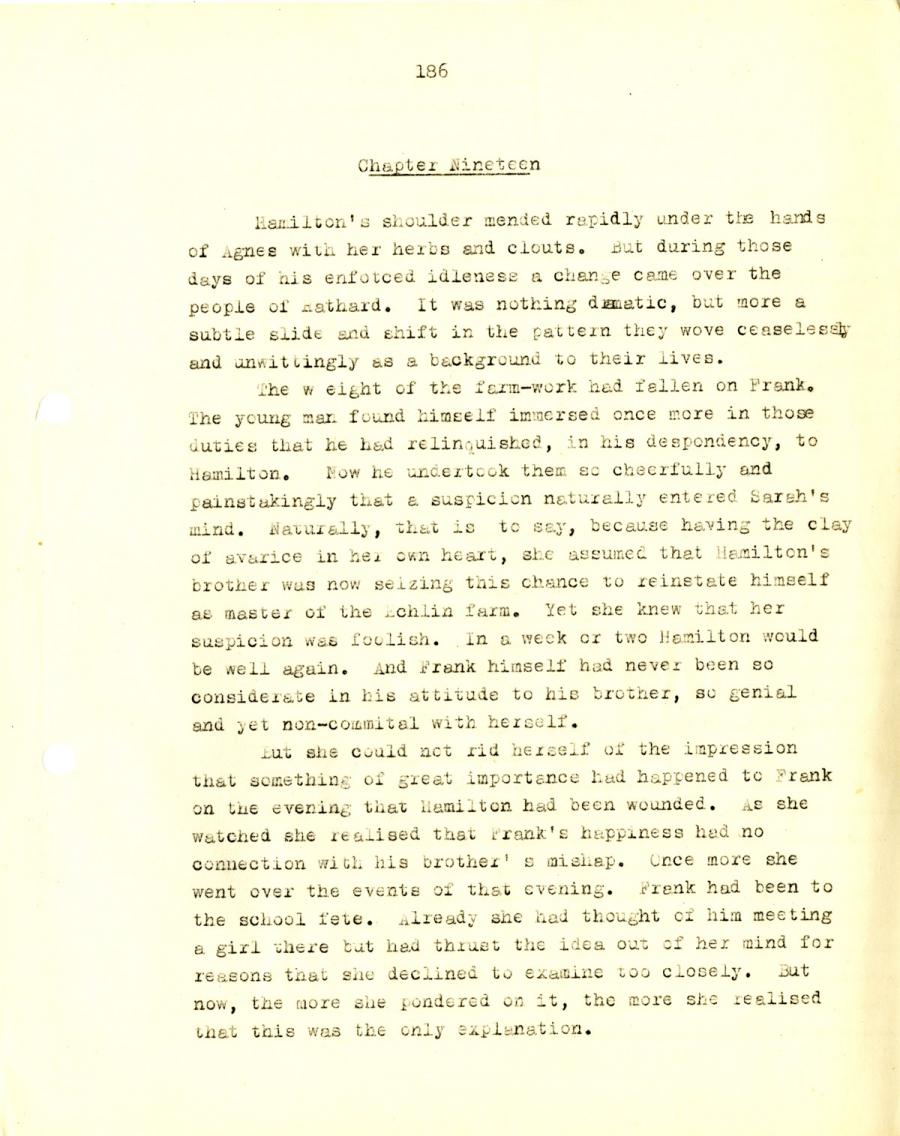 Hamilton’s shoulder mended rapidly under the hands
of Agnes with, her herbs and clouts. But during those
days of his enforced idleness a change came over the
people of Rathard. It was nothing dramatic, but more a
subtle sxidt anu shift in the pattern they wove ceaselessly
and unfittingly as a background to their lives.

The weight of the farm-work had fallen on Frank.
The young man found himself immersed once more in those
duties that he had relinquished, in his despondency, to
Hamilton. Now he undertook them so cheerfully and
painstakingly that a suspicion naturally entered Sarah’s
mind. Naturally, that is to say, because having the clay
of avarice in her own heart, she assumed that Hamilton's
brother was now seizing this chance to reinstate himself
as master of the Echin farm. Yet she knew that her
suspicion was foolish, in a week or two Hamilton would
be well again. And Frank himself had never been so
considerate in his attitude to his brother, so genial
and yet non-commitai with herself.

But she could not rid herself of the impression
that something of great importance had happened to Frank
on the evening that Hamilton had been wounded.As she
watched she realised that Frank’s happiness had no
connection with his brother s mishap. Once more she
went over the events of that evening. Frank had been to
the school fete, already sne had thought of him meeting
a girl there but had thrust the idea out of her mind for
reasons that she declined to examine too closely, but
now, the more she pondered on it, the more she realised
that this was the only explanation.