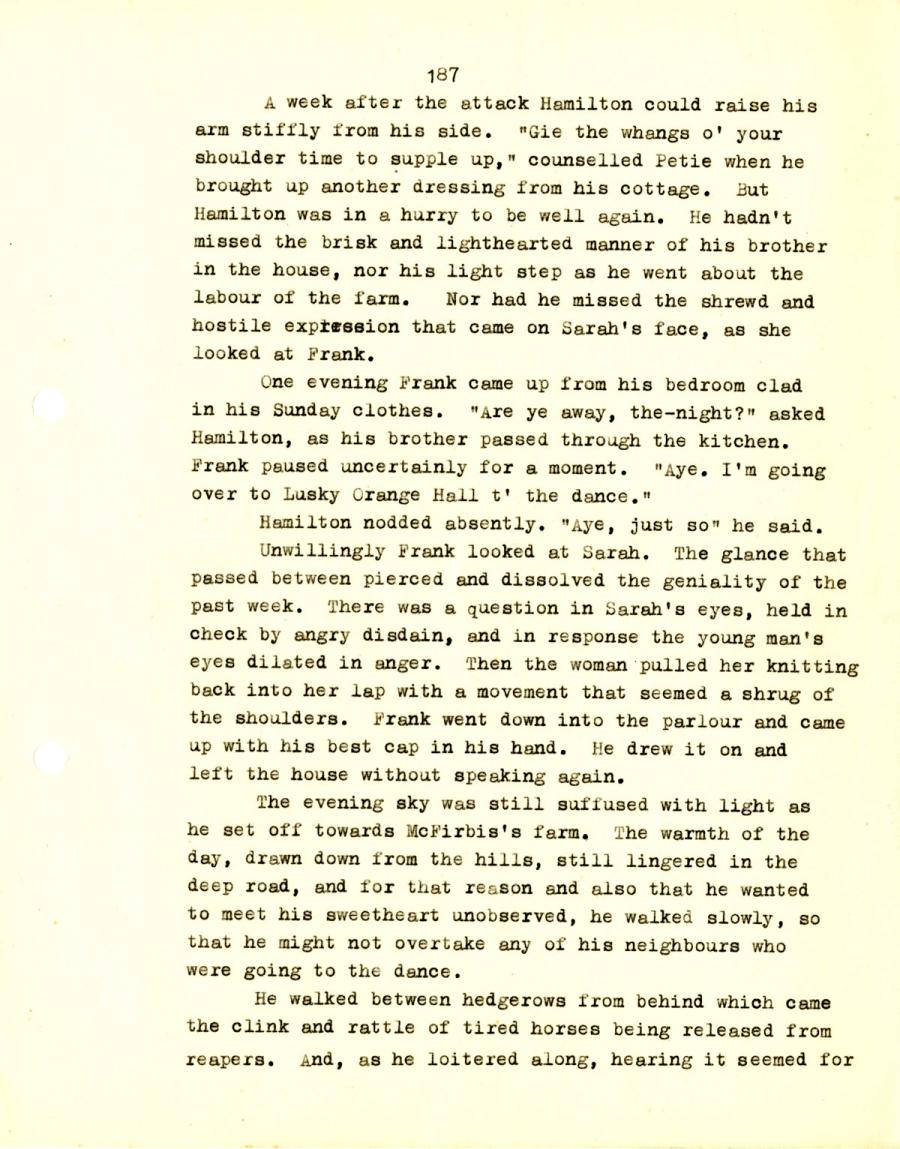 A week after the attack Hamilton could raise his
arm stiffly from his side. "Gie the whangs o' your
shoulder time to supple up," counselled Petie when he
brought up another dressing from his cottage. But
Hamilton was in a hurry to be well again. He hadn't
missed the brisk and lighthearted manner of his brother
in the house, nor his light step as he went about the
labour of the farm. Nor had he missed the shrewd and
hostile exptession that came on Sarah's face, as she
looked at Frank.

One evening Frank came up from his bedroom clad
in his Sunday clothes. "Are ye away, the-night?" asked
Hamilton, as his brother passed through the kitchen.
Frank paused uncertainly for a moment. "Aye. I'm going
over to Lusky Grange Hall t' the dance."

Unwillingly Frank looked at Sarah. The glance that
passed between pierced and dissolved the geniality of the
past week. There was a question in Sarah's eyes, held in
check by angry disdain, and in response the young man's
eyes dilated in anger. Then the woman pulled her knitting
back into her lap with a movement that seemed a shrug of
the shoulders. Frank went down into the parlour and came
up with his best cap in his hand. He drew it on and
left the house without speaking again.

The evening sky was still suffused with light as
he set off towards McFirbis's farm. The warmth of the
day, drawn down from the hills, still lingered in the
deep road, and for that reason and also that he wanted
to meet his sweetheart unobserved, he walked slowly, so
that he might not overtake any of his neighbours who
were going to the dance.

He walked between hedgerows from behind which came
the clink and rattle of tired horses being released from
reapers. And, as he loitered along, hearing it seemed for