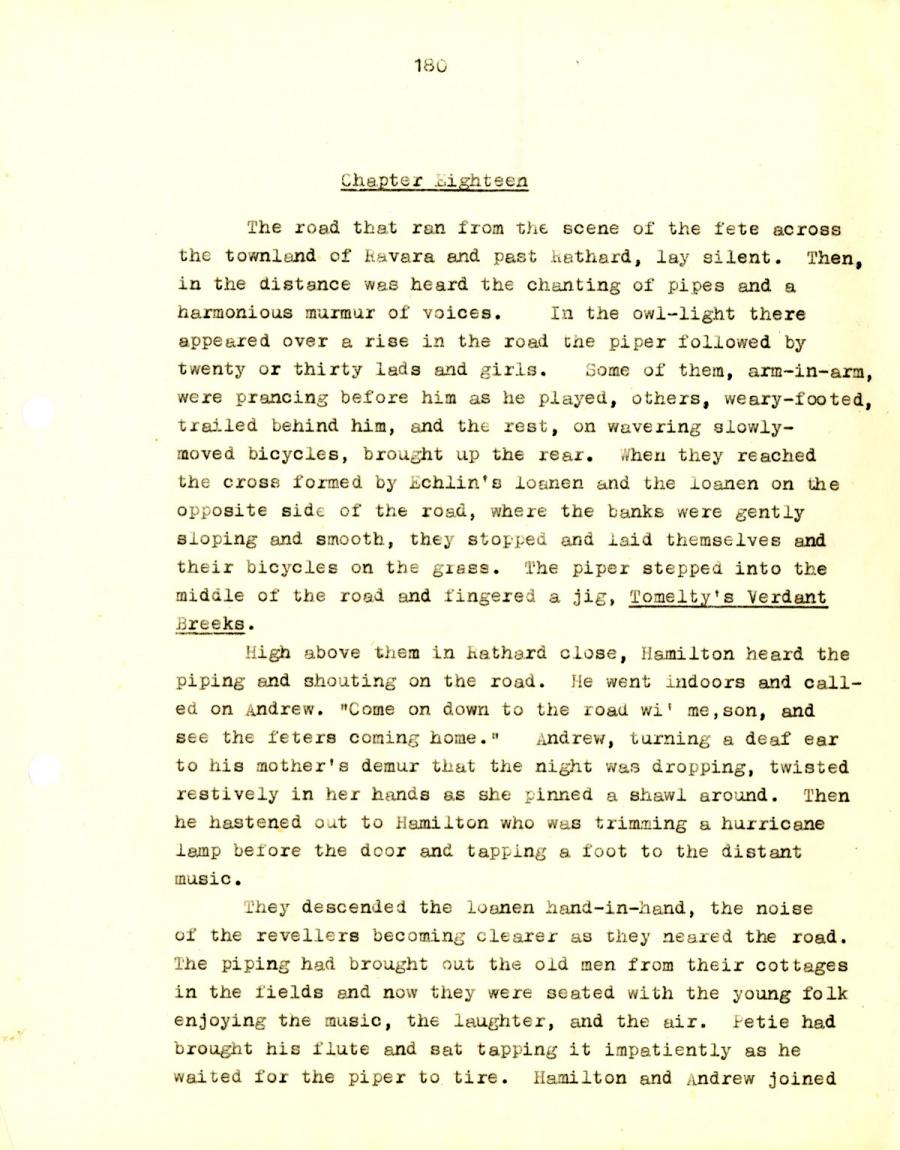 The road that ran from the scene of the fete across
the townland of Ravara and past Rathard, lay silent. Then,
in the distance was heard the chanting of pipes and a
harmonious murmur of voices. In the owl-light there
appeared over a rise in the road the piper followed by
twenty or thirty lads and girls. Some of them, arm-in-arm,
were prancing before him as he played, others, weary-footed,
trailed behind him, and the rest, on wavering slowly-
moved bicycles, brought up the rear, when they reached
the cross formed by Echlin’s loanen and the loanen on the
opposite side of the road, where the banks were gently
sloping and smooth, they stopped and laid themselves and
their bicycles on the grass. The piper stepped into the
middle of the road and fingered a jig, Tomelty's Verdant
Breeks.

High above them in Rathard close, Hamilton heard the
piping and shouting on the road. He went indoors and call-
ed on Andrew. "Come on down to the road wi' me,son, and
see the feters coming home." Andrew, turning a deaf ear
to his mother's demur that the night was dropping, twisted
restively in her hands as she pinned a shawl around. Then
he hastened out to Hamilton who was trimming a hurricane
lamp before the door and tapping a foot to the distant
music.

They descended the loanen hand-in-hand, the noise
of the revellers becoming clearer as they neared the road.
The piping had brought out the old men from their cottages
in the fields and now they were seated with the young folk
enjoying the music, the laughter, and the air. Retie had
brought his flute and sat tapping it impatiently as he
waited for the piper to tire. Hamilton and Andrew joined