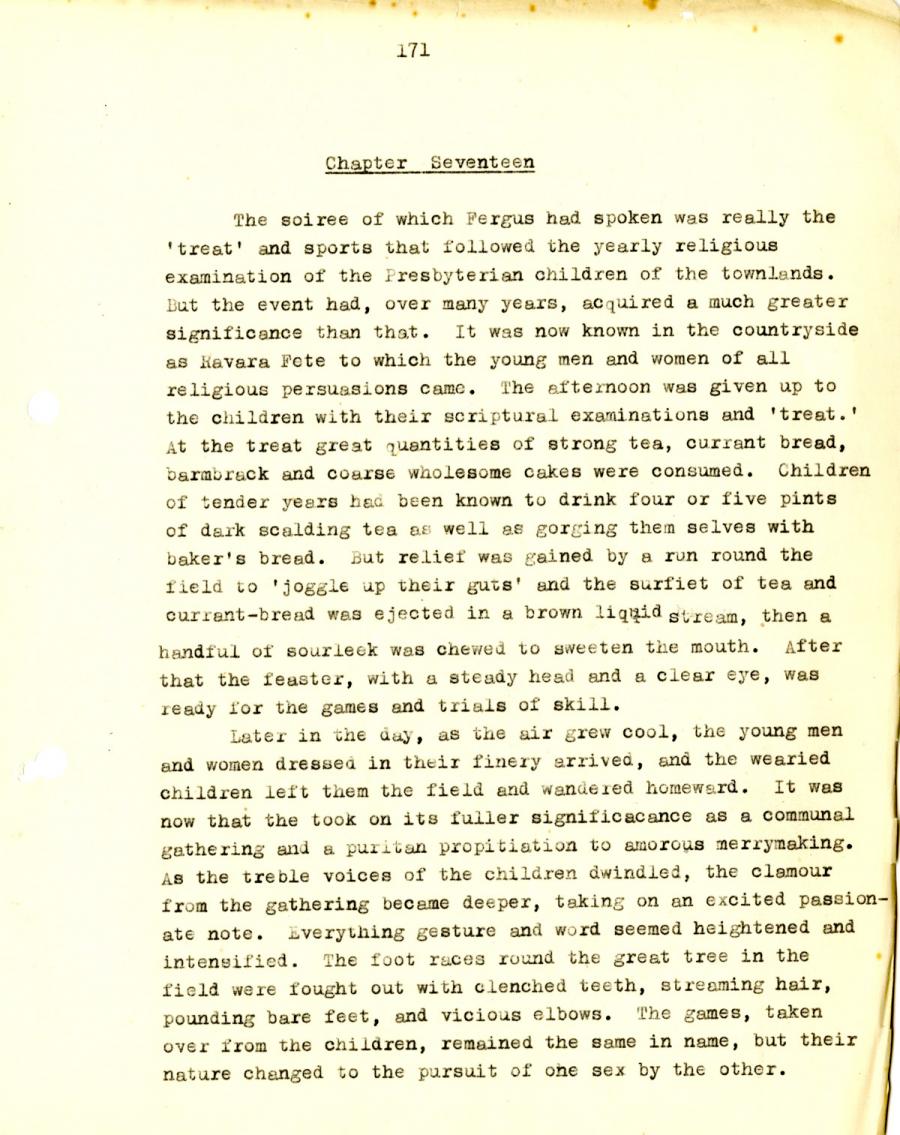 The soiree of which Fergus had spoken was really the
'treat' and sports that followed the yearly religious
examination of the Presbyterian children of the townlands.
But the event had, over many years, acquired a much greater
significance than that. It was now known in the countryside
as Ravara Fete to which the young men and women of all
religious persuasions came. The afternoon was given up to
the children with their scriptural examinations and 'treat.'
At the treat great quantities of strong tea, currant bread,
barmbrack and coarse wholesome cakes were consumed. Children
of tender years had been known to drink four or five pints
of dark scalding tea as well as gorging them selves with
baker's breed. But relief was gained by a run round the
field to 'joggle up their guts' and the surfiet of tea and
currant-bread was ejected in a brown liquid stream, then a
handful of sourleek was chewed to sweeten the mouth. After
that the feaster, with a steady head and a clear eye, was
ready lor the games and trials of skill.

Later in the day, as the air grew cool, the young men
and women dressed in their finery arrived, and the wearied
children left them the field and wandered homeward. It was
now that the took on its fuller significacance as a communal
gathering and a puritan propitiation to amorous merrymaking.
As the treble voices of the children dwindled, the clamour
from the gathering became deeper, taking on an excited passion-
ate note. Everything gesture and word seemed heightened and
intensified. The foot races round the great tree in the
field were fought out with clenched teeth, streaming hair,
pounding bare feet, and vicious elbows. The games, taken
over from the children, remained the same in name, but their
nature changed to the pursuit of one sex by the other.