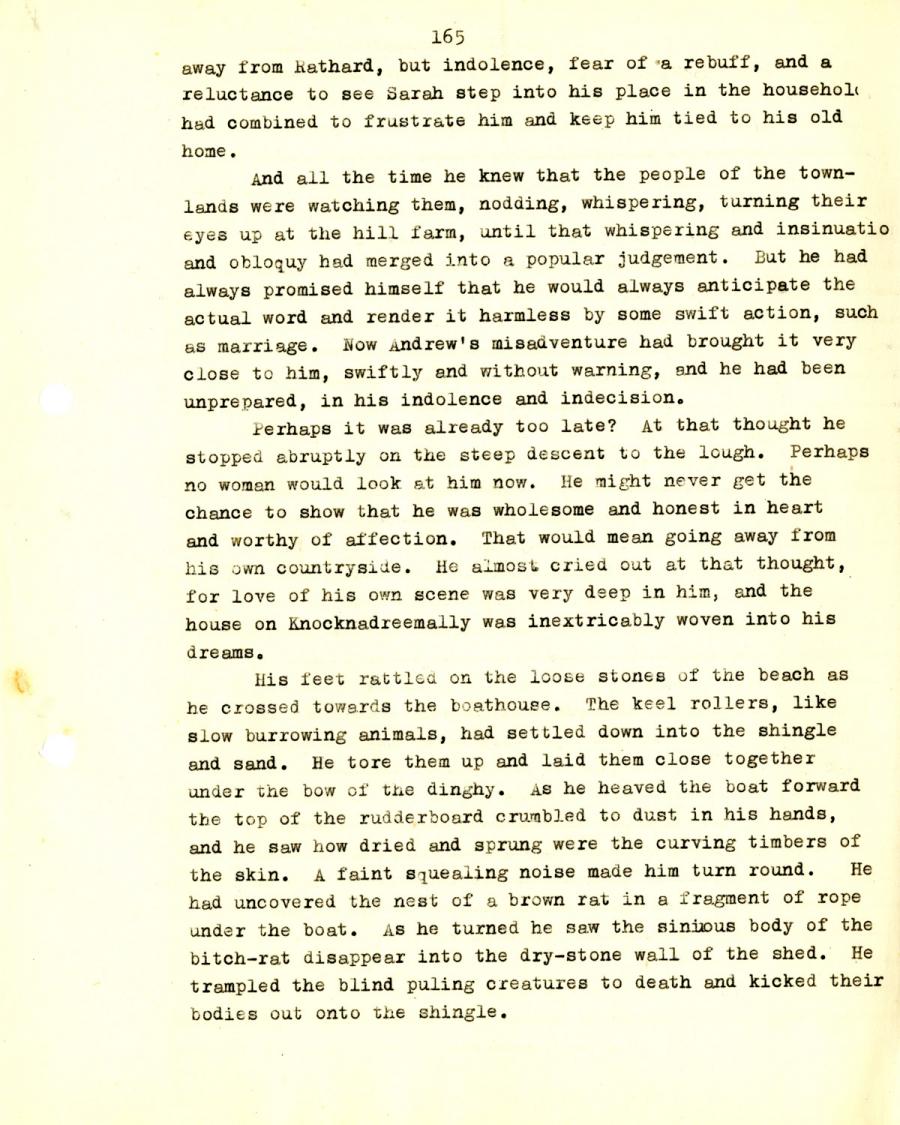 away from Rathard, but indolence, fear of a rebuff, and a
reluctance to see Sarah step into his place in the household
had combined to frustrate him and keep him tied to his old
home.

And all the time he knew that the people of the town-
lands were watching them, nodding, whispering, turning their
eyes up at the hill farm, until that whispering and insinuatio
and obloquy had merged into a popular judgement. But he had
always promised himself that he would always anticipate the
actual word and render it harmless by some swift action, such
as marriage. Now Andrew's misadventure had brought it very
close to him, swiftly and without warning, and he had been
unprepared, in his indolence and indecision.

Perhaps it was already too late? At that thought he
stopped abruptly on the steep descent to the lough. Perhaps
no woman would look at him now. He might never get the
chance to show that he was wholesome and honest in heart
and worthy of affection. That would mean going away from
his own countryside. He almost cried out at that thought,
for love of his own scene was very deep in him, and the
house on Knocknadreemally was inextricably woven into his
dreams.

His feet rattled on the loose stones of the beach as
he crossed towards the boathouse. The keel rollers, like
slow burrowing animals, had settled down into the shingle
and sand. He tore them up and laid them close together
under the bow of tne dinghy, as he heaved the boat forward
the top of the rudderboard crumbled to dust in his hands,
and he saw how dried and sprung were the curving timbers of
the skin. A faint squealing noise made him turn round. He
had uncovered the nest of a brown rat in a fragment of rope
under the boat, as he turned he saw the sinhous body of the
bitch-rat disappear into the dry-stone wall of the shed. He
trampled the blind puling creatures to death and kicked their
bodies out onto the shingle.