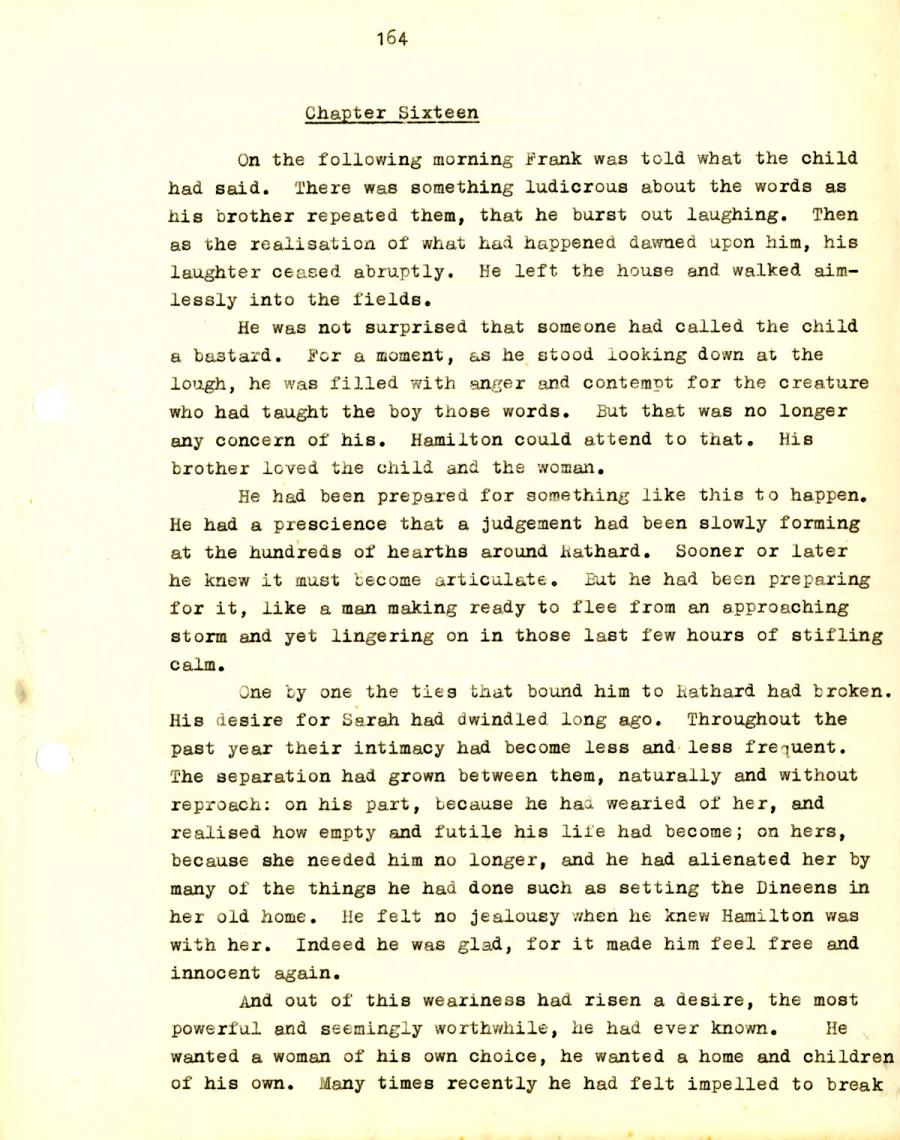 On the following morning Frank was told what the child
had said. There was something ludicrous about the words as
his brother repeated them, that he burst out laughing. Then
as the realisation of what had happened dawned upon him, his
laughter ceased abruptly. He left the house and walked aim-
lessly into the fields.

He was not surprised that someone had called the child
a bastard, for a moment, as he stood looking down at the
lough, he was filled with anger and contempt for the creature
who had taught the boy those words. But that was no longer
any concern of his. Hamilton could attend to that. His
brother loved the child and the woman.

He had been prepared for something like this to happen.
He had a prescience that a judgement had been slowly forming
at the hundreds of hearths around Rathard. Sooner or later
he knew it must become articulate. But he had been preparing
for it, like a man making ready to flee from an approaching
storm and yet lingering on in those last few hours of stifling
calm.

One by one the ties that bound him to Rathard had broken.
His desire for Sarah had dwindled long ago. Throughout the
past year their intimacy had become less and less frequent.
The separation had grown between them, naturally and without
reproach: on his part, because he had wearied of her, and
realised how empty and futile his life had become; on hers,
because she needed him no longer, and he had alienated her by
many of the things he had done such as setting the Dineens in
her old home. He felt no jealousy when he knew Hamilton was
with her. Indeed he was glad, for it made him feel free and
innocent again.

And out of this weariness had risen a desire, the most
powerful and seemingly worthwhile, he had ever known. He
wanted a woman of his own choice, he wanted a home and children
of his own. Many times recently he had felt impelled to break