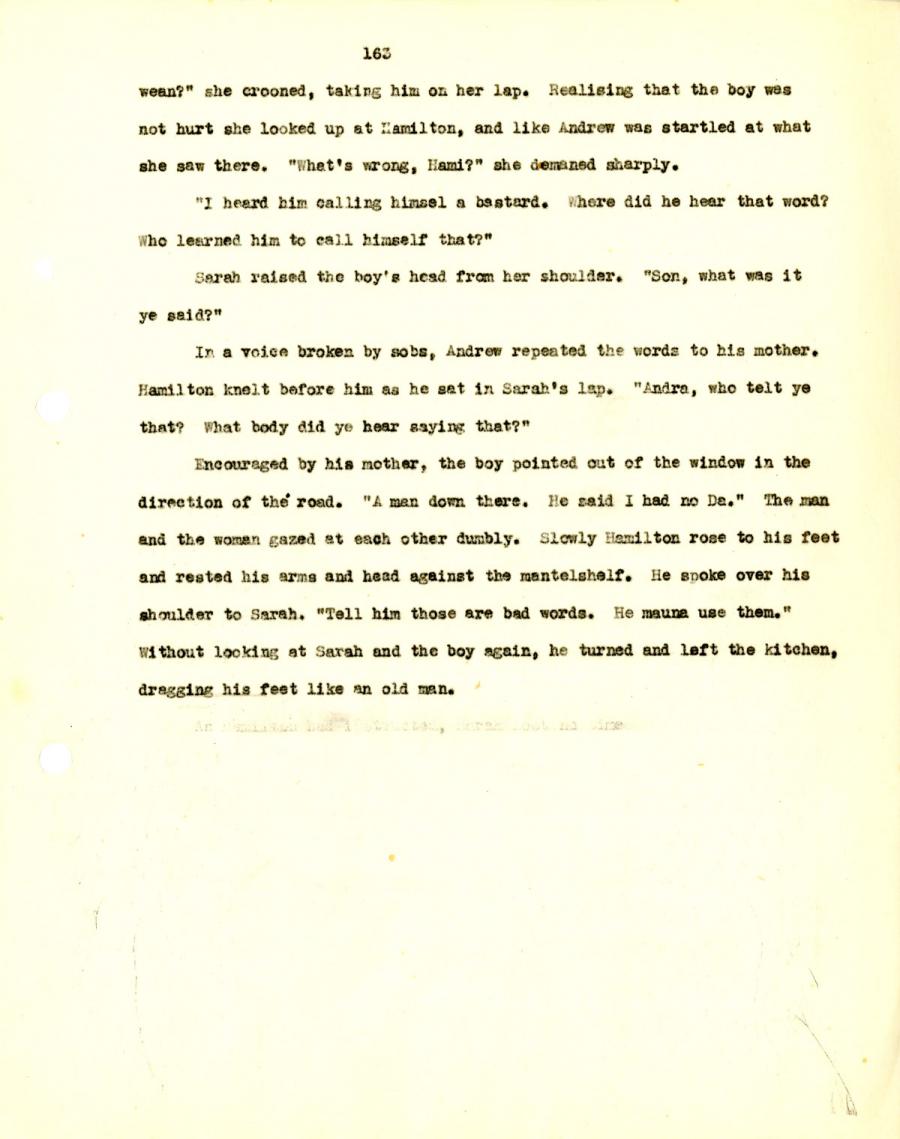 wean?" she crooned, taking him on her lap. Realising that the boy was
not hurt she looked up at Hamilton, and like Andrew was startled at what
she saw there. "What’s wrong, Hami?" she demanded sharply.

"I heard him calling himsel a bastard. Where did he hear that word?
Who learned him to call himself that?"

Sarah raised the boy’s head from her shoulder. "Son, what was it
ye said?"

In a voice broken by sobs, Andrew repeated the words to his mother.
Hamilton knelt before him as he sat in Sarah’s lap. "Andra, who telt ye
that? What body did ye hear saying that?"

Encouraged by his mother, the boy pointed out of the window in the
direction of the road. "A man down there. He raid I had no Da." The man
and the women gazed at each other dumbly. Slowly Hamilton rose to his feet
and rested his arms and head against the mantelshelf. He spoke over his
shoulder to Sarah. "Tell him those are bad words. He mauna use them."
Without looking at Sarah and the boy again, he turned and left the kitchen,
dragging his feet like an old man.