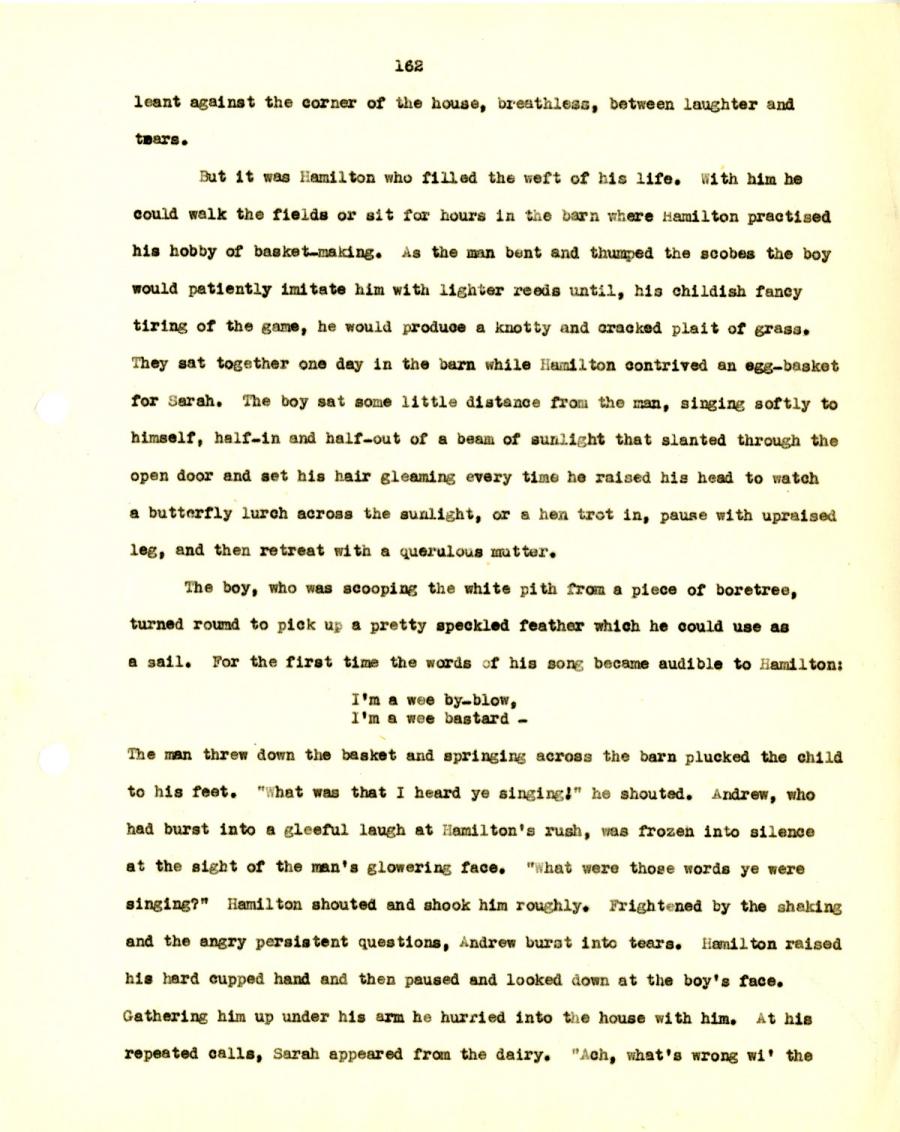 leant against the corner of the house, breathless, between laughter and
tears.

But it was Hamilton who filled the weft of his life. With him he
could walk the fields or sit for hours in the barn where Hamilton practised
his hobby of basket-making. As the man bent and thumped the scobes the boy
would patiently imitate him with lighter reeds until, his childish fancy
tiring of the game, he would produce a knotty and cracked plait of grass.
They sat together one day in the barn while Hamilton contrived an egg-basket
for Sarah. The boy sat some little distance from the man, singing softly to
himself, half-in and half-out of a beam of sunlight that slanted through the
open door and set his hair gleaming every time ho raised his head to watch
a butterfly lurch across the sunlight, or a hen trot in, pause with upraised
leg, and then retreat with a querulous matter.

The boy, who was scooping the white pith from a piece of boretree,
turned round to pick up a pretty speckled feather which he could use as
a sail. For the first time the words of his song became audible to Hamilton:

The man threw down the basket and springing across the barn plucked the child
to his feet. "What was that I heard ye singing!" he shouted. Andrew, who
had burst into a gleeful laugh at Hamilton's rush, was frozen into silence
at the sight of the man's glowering face, "What were those words ye were
singing?" Hamilton shouted and shook him roughly. Frightened by the shaking
and the angry persistent questions, Andrew burst into tears, Hamilton raised
his hard cupped hand and then paused and looked down at the boy's face.
Gathering him up under his arm he hurried into the house with him. At his
repeated calls, Sarah appeared from the dairy. "Ach, what's wrong wi' the