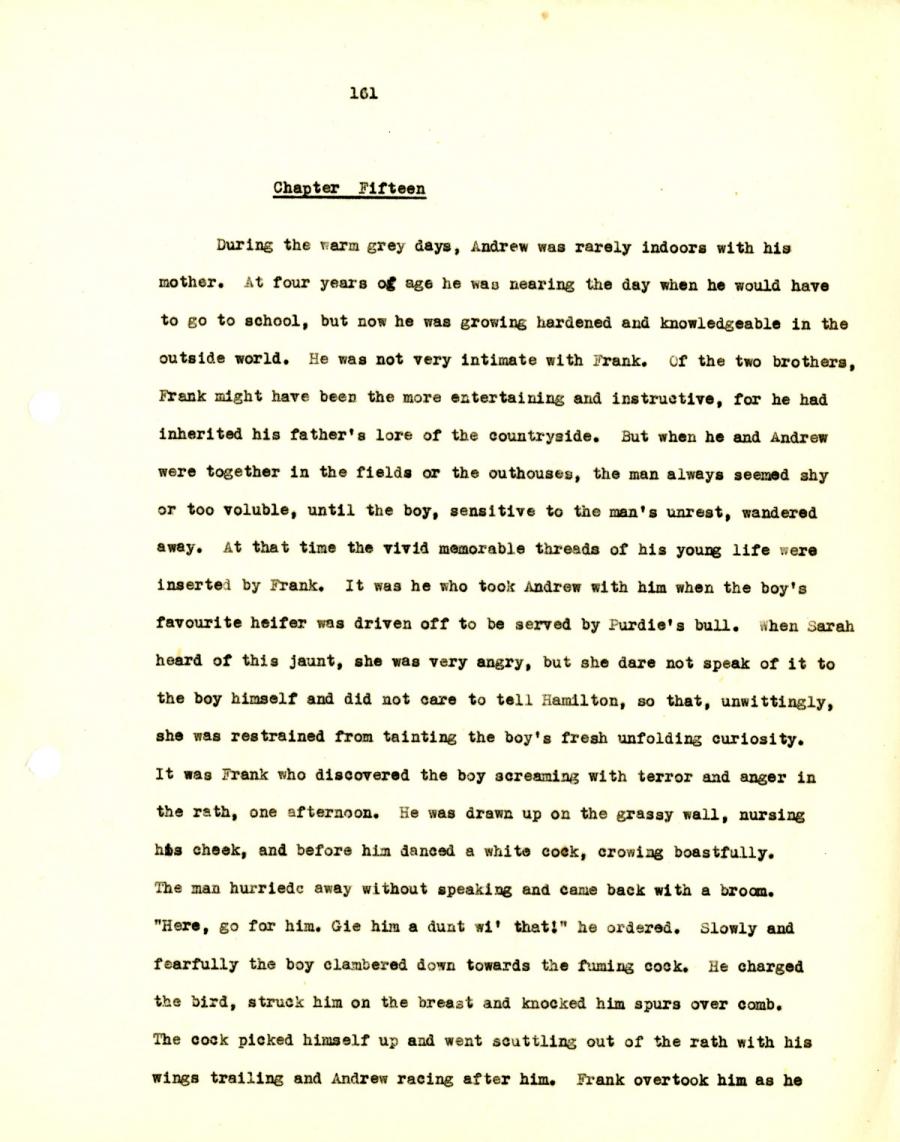 During the warm grey days, Andrew was rarely indoors with his
mother. At four years of age he was nearing the day when he would have
to go to school, but now he was growing hardened and knowledgeable in the
outside world. He was not very intimate with Frank. Of the two brothers,
Frank might have been the more entertaining and instructive, for he had
inherited his father’s lore of the countryside. But when he and Andrew
were together in the fields or the outhouses, the man always seemed shy
or too voluble, until the boy, sensitive to the man’s unrest, wandered
away. At that time the vivid memorable threads of his young life were
inserted by Frank. It was he who took Andrew with him when the boy’s
favourite heifer was driven off to be served by Hurdle's bull, when Sarah
heard of this jaunt, she was very angry, but she dare not speak of it to
the boy himself and did not care to tell Hamilton, so that, unwittingly,
she was restrained from tainting the boy’s fresh unfolding curiosity.
It was Frank who discovered the boy screaming with terror and anger in
the rath, one afternoon. He was drawn up on the grassy wall, nursing
his cheek, and before him danced a white cock, crowing boastfully.
The man hurried away without speaking and came back with a broom.
"Here, go for him. Gie him a dunt wi' that!" he ordered. Slowly and
fearfully the boy clambered down towards the fuming cock. He charged
the bird, struck him on the breast and knocked him spurs over comb.
The cock picked himself up and went scuttling out of the rath with his
wings trailing and Andrew racing after him. Frank overtook him as he