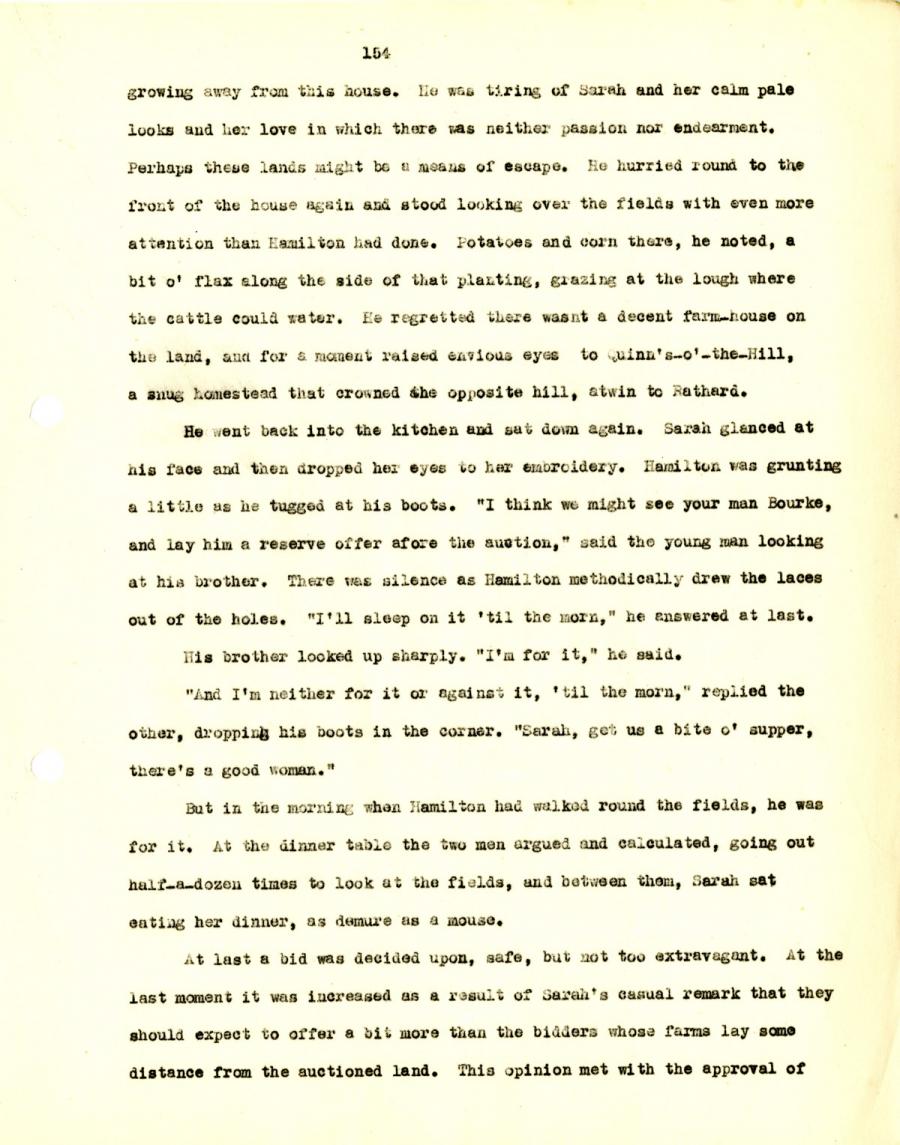 growing away from this house. He was tiring of Sarah and her calm pale
looks and her love in which there was neither passion nor endearment.
Perhaps these lands might be a means of escape. He hurried round to the
front of the house again and stood looking over the fields with even more
attention than Hamilton had done. Potatoes and corn there, he noted, a
bit o' flax along the side of that planting, grazing at the lough where
the cattle could water. He regretted there wasnt a decent farmhouse on
the land, and for a moment raised envious eyes to Quinn’s-o’-the-Hill,
a snug homestead that crowned ihe opposite hill, atwin to Rathard.

He went back into the kitchen and sat down again. Sarah glanced at
his face and then dropped her eyes to her embroidery. Hamilton vas grunting
a little as he tugged at his boots. "I think we might see your man Bourke,
and lay him a reserve offer afore the auction," said teo young man looking
at his brother. There was silence as Hamilton methodically drew the laces
out of the holes. "I’ll sleep on it ’til the morn," he answered at last.

His brother locked up sharply. "I’m for it," he said.

"And I’m neither for it or against it, ’til the morn," replied the
other, dropping his boots in the corner. "Sarah, get, us a bite o’ supper,
there’s a good woman."

But in the morning when Hamilton had walked round the fields, he was
for it. At the dinner table the two men argued and calculated, going out
half-a-dozen times to look at the fields, and between them, Sarah sat
eating her dinner, as demure as a mouse.

At last a bid was decided upon, safe, but not too extravagant. At the
last moment it was increased as a result of Sarah's casual remark that they
should expect to offer a bit more than the bidders whose farms lay some
distance from the auctioned land. This opinion met with the approval of