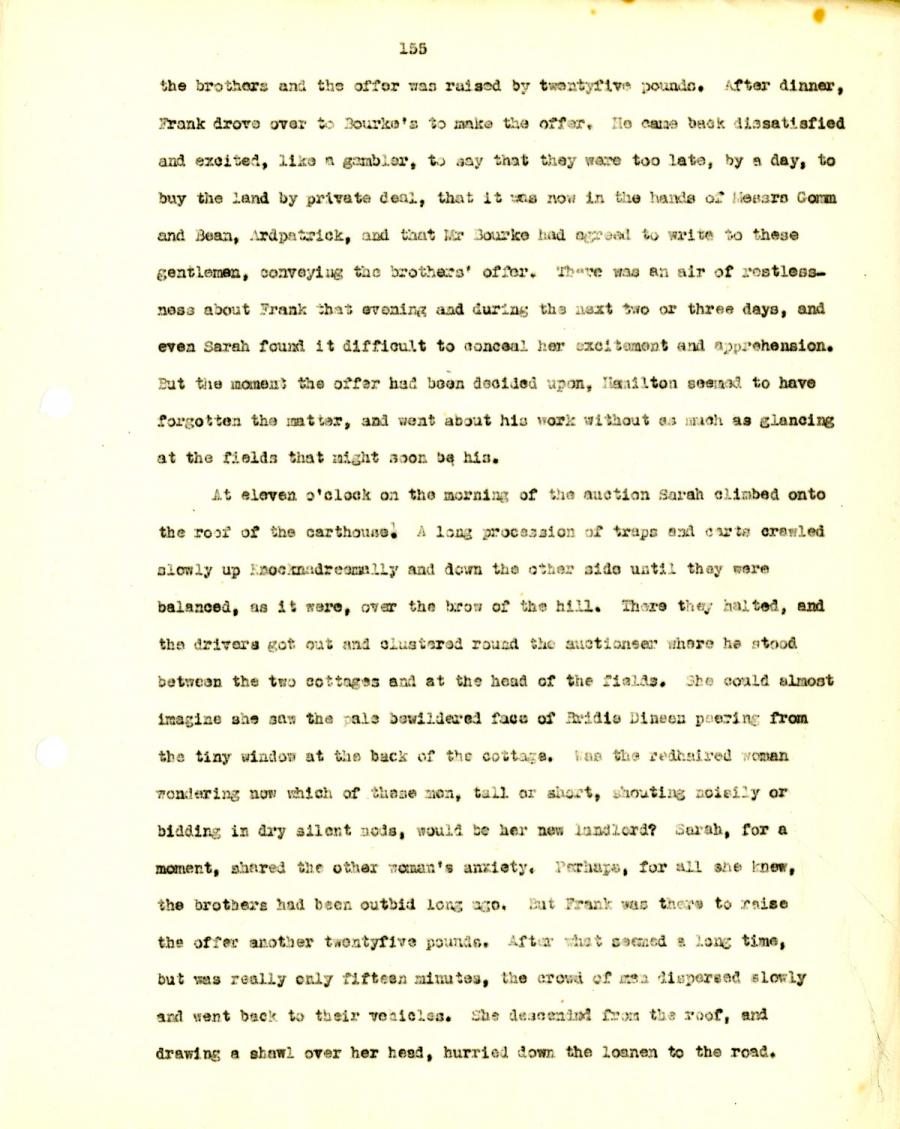 the brothers and the offer wan raised by twentyfivw pounds. After dinner,
Frank drove over to Bourke’s to make the offer. He came back dissatisfied
and excited, like a gambler, to say that they were too late, by a day, to
buy the land by private deni, that it was now In the hands of Messrs Gomm
and Bean, Ardpatrick, and that Nr Bourke had agreed to write to these
gentlemen, conveying the brother' offer. There was an air of restless-
ness about Frank that evening and during tha next two or three days, and
even Sarah found it difficult to conceal her excitement and apprehension.
But the moment the offer had been decided upon, Hamilton seemed to have
forgotten the matter, and went about his work without as much as glancing
at the fields that might soon be his.

At eleven o’clock on the morning of the auction Sarah climbed onto
the rocf of the carthouse. A long procession of traps and carte crawled
slowly up Knocknadreemallylly and down the other side until they were
balanced, as it were, over the brow of the hill. There they halted, and
the drivers got out and clustered round the auctioneer where he stood
between the two cottages and at the head of the fields. She could almost
imagine she saw the pale bewildered face of Bridie Dineen peering from
the tiny window at the back of the cottage. Was the redhaired woman
wondering now which of these men, tall or short,shouting noisily or
bidding in dry silent nods, would be her new landlord? Sarah, for a
moment, shared the other woman’s anxiety. Perhaps, for all she knew,
the brothers had been outbid long ago. But Frank was there to raise
the offer another twentyfive pounds. After what seemed a long time,
but was really only fifteen minutes, the crowd of men dispersed slowly
and went back to their vehicles. She descended from the roof, and
drawing a shawl over her head, hurried down the loanen to the road.