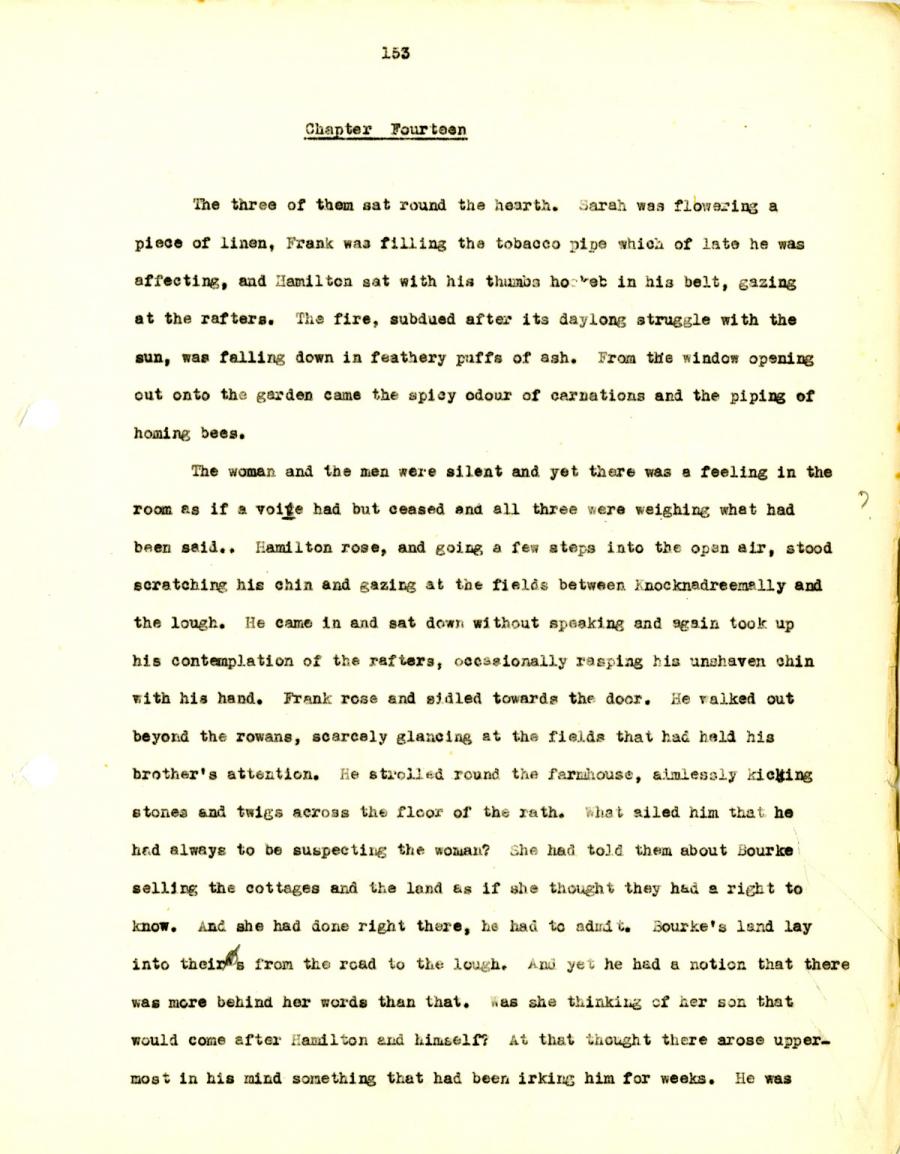 The three of them sat round the hearth, Sarah was flowering a
piece of linen, Frank was filling the tobacco pipe which of late he was
affecting, and Hamilton sat with his thumbs hooked in his belt, gazing
at the rafters. The fire, subdued after its daylong struggle with the
sun, was falling down in feathery puffs of ash. From the window opening
out onto the garden came the spicy odour of carnations and the piping of
homing bees.

The woman and the men were silent and yet there was a feeling in the
room as if a voice had but ceased and all three were weighing what had
been said. Hamilton rose, and going a few steps into the open air, stood
scratching, his chin and gazing at the fields between Knockndreemally and
the lough. He came in and sat down without speaking and again took up
his contemplation of the rafters, occasionally rasping his unshaven chin
with his hand. Frank rose and sidled toward? the door. He walked out
beyond the rowans, scarcely glancing at the fields that had held his
brother's attention. He strolled round the farmhouse, aimlessly kicking
stones and twigs across the floor of the rath. What ailed him that he
had always to be suspecting the woman? She had told them about Bourke
selling the cottages and the land as if she thought they had a right to
know. And she had done right there, he had to admit. Bourke’s land lay
into theirs from the road to the lough. And yet he had a notion that there
was more behind her words than that.Was she thinking of her son that
would come after Hamilton and himself? At that thought there arose upper-
most in his mind something that had been irking him for weeks. He was