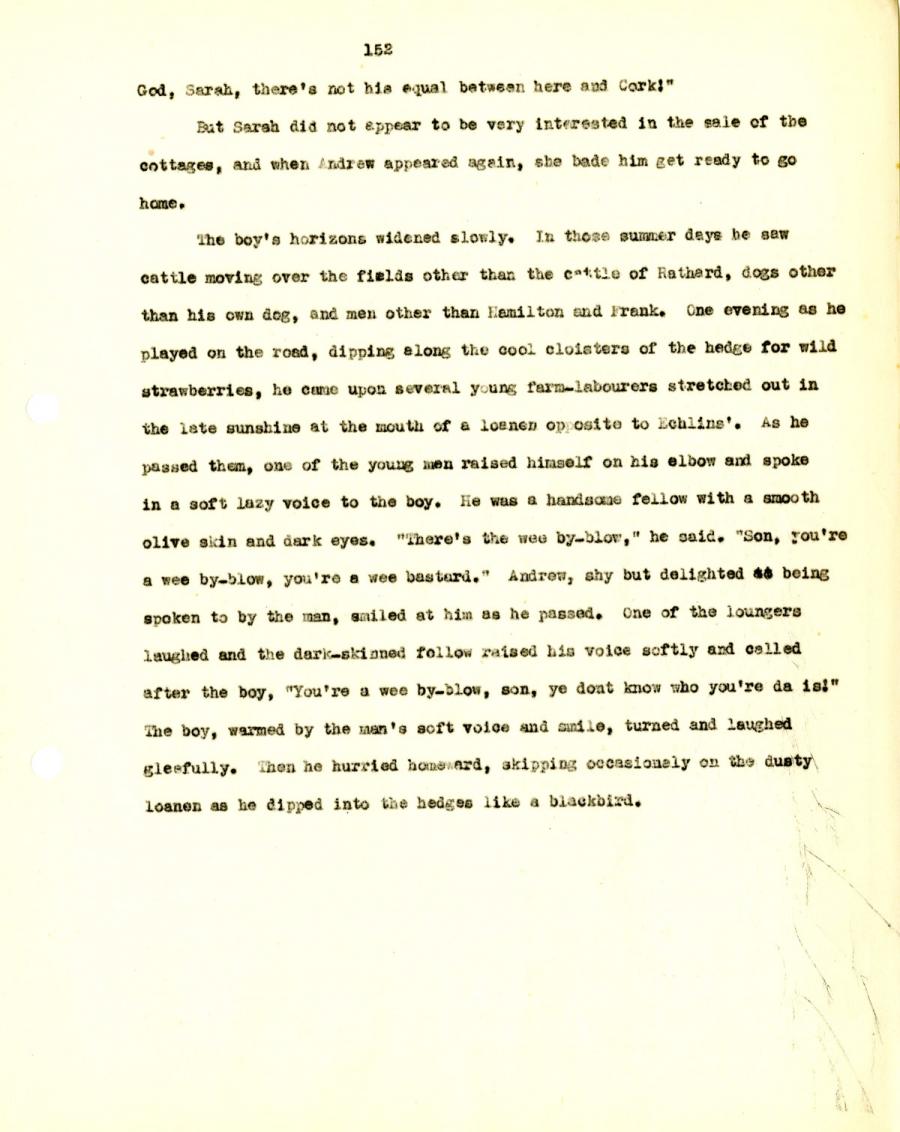 God, Sarah, there’s not his equal between here and Cork!"

But Sarah did not appear to be very interested in the sale of the
cottages, and when Andrew appeared again, she bade him get ready to go
home.

The boy’s horizons widened slowly. in those summer days he saw
cattle moving over the fields other than the cattle of Rathard, dogs other
than his own dog, and men other than Hami1ton and Frank. One evening as he
played on the road, dipping along the cool cloisters of the hedge for wild
strawberries, he come upon several young farm-labourers stretched out in
the late sunshine at the mouth of a loanen opposite to Echlins. As he
passed them, one of the young men raised himself on his elbow and spoke
in a soft lazy voice to the boy. He was a handsome fellow with a smooth
olive skin and dark eyes, "There's the wee by-blow," he said. "Son, you’re
a wee by-blow, you’re a wee bastard." Andrew, shy but delighted at being
spoken to by the man, smiled at him us he passed. One of the loungers
laughed and the dark-skinned follow raised his voice softly and called
after the boy, "You're a wee by-blow, son, ye doat know who you’re da is!"
The boy, warmed by the man's soft voice and smile, turned and laughed
gleefully, then he hurried homeward, skipping occasionely on the dusty
loanen as he dipped into the hedges like a blackbird.