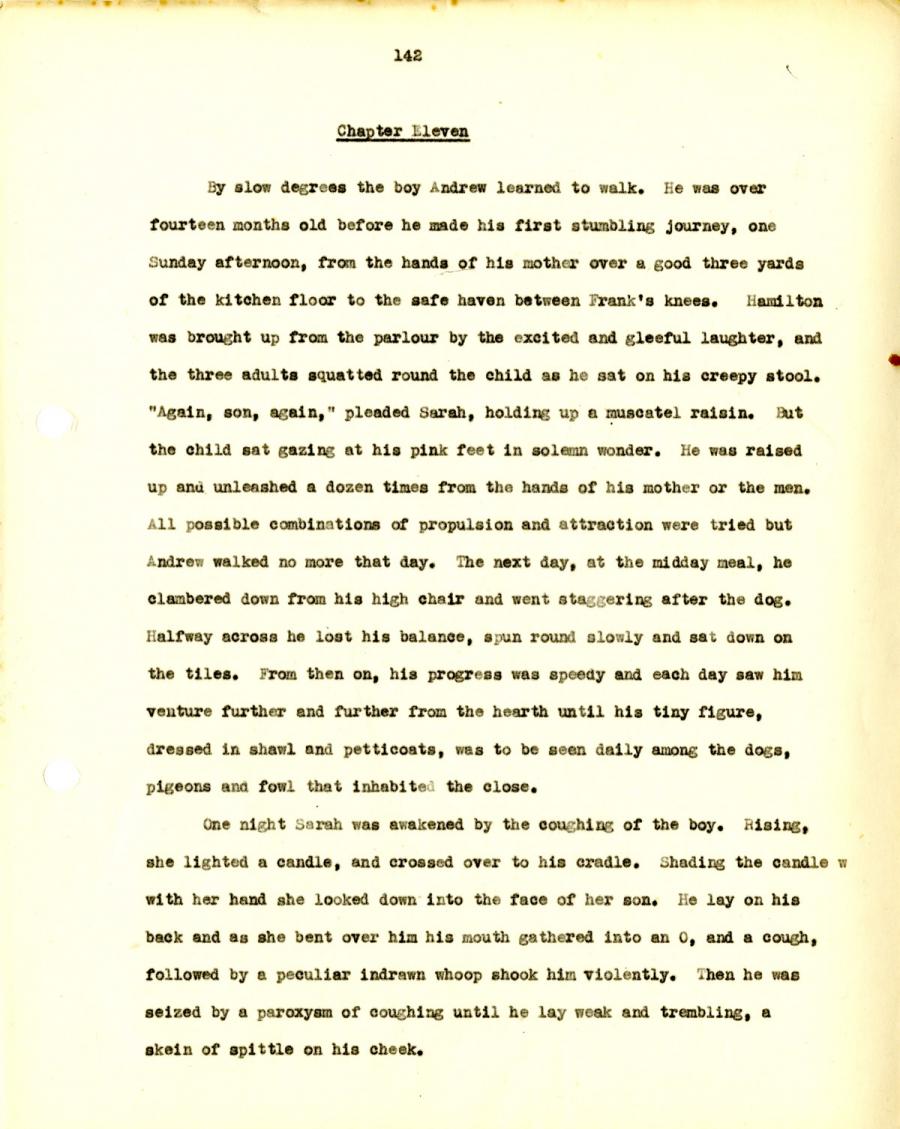 By slow degrees the boy Andrew learned to walk. He was over
fourteen months old before he made his first stumbling Journey, one
Sunday afternoon, from the hands of his mother over a good three yards
of the kitchen floor to the safe haven between Frank’s knees. Hamilton
was brought up from the parlour by the excited and gleeful laughter, and
the three adults squatted round the child as he sat on his creepy stool.
"Again, son, again," pleaded Sarah, holding up a muscatel raisin. But
the child sat gazing at his pink feet in solemn wonder. He was raised
up and unleashed a dozen times from the hands of his mother or the men.

All possible combinations of propulsion and attraction were tried but
Andrew walked no more that day. The next day, at the midday meal, he
clambered down from his high chair and went staggering after the dog.
Halfway across he lost his balance, spun round slowly and sat. down on
the tiles. From then on, his progress was speedy and each day saw him
venture further and further from the hearth until his tiny figure,
dressed in shawl and petticoats, was to be seen daily among the dogs,
pigeons and fowl that inhabited the close.

One night Sarah was awakened by the coughing of the boy. Rising,
she lighted a candle, and crossed over to his cradle. Shading the candle
with her hand she looked down into the face of her son. He lay on his
back and as she bent over him his mouth gathered into an 0, and a cough,
followed by a peculiar indrawn whoop shook him violently. Then he was
seized by a paroxysm of coughing until he lay weak and trembling, a
skein of spittle on his cheek.