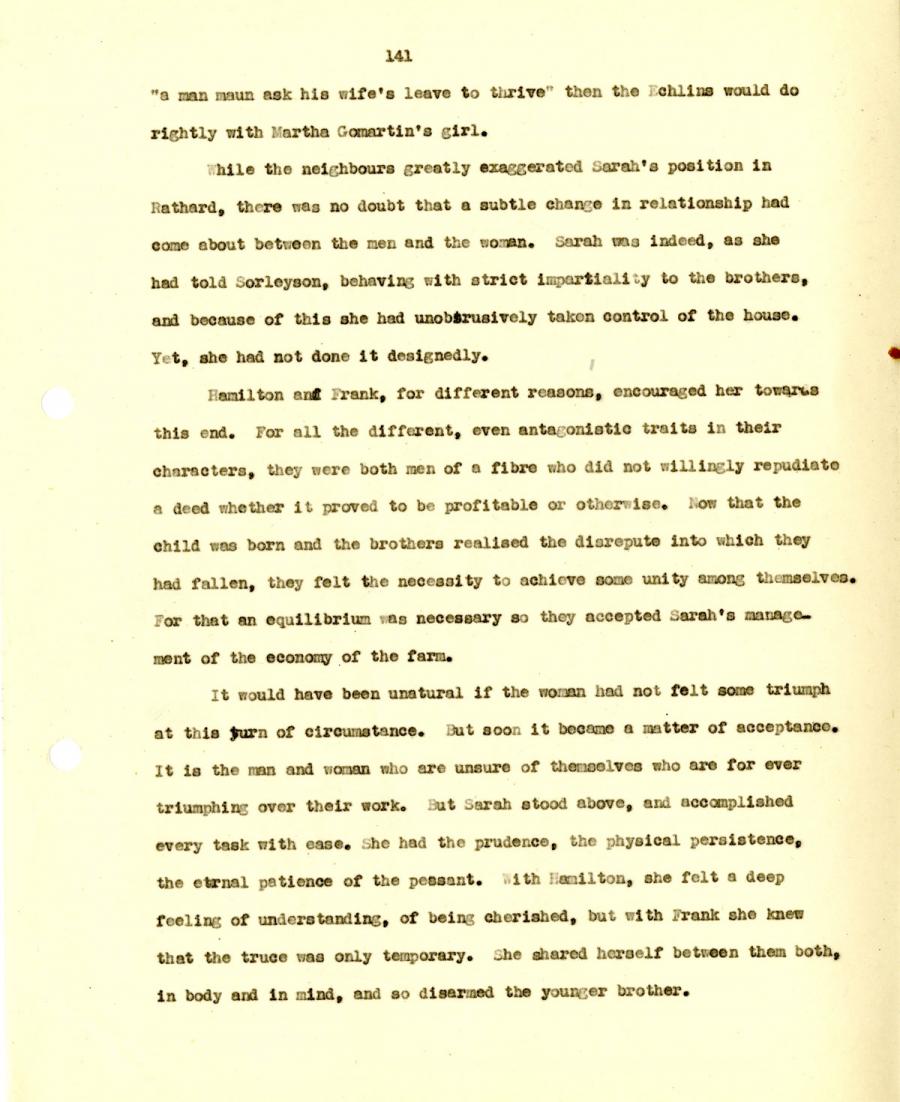 "a man maun ask his wife’s leave to thrive then the Echlins would do
rightly with Martha Gomartin’s girl.

While the neighbours greatly exaggerated Sarah’s position in
Rathard, there was no doubt that a subtle change in relationship had
come about between the men and the woman. Sarah was indeed, as she
had told Sorleyson, behaving with strict impartiality to the brothers,
and because of this she had unobtrusively taken control of the house.
Yet, she had not done it designedly.

Hamilton and Frank, for different reasons, encouraged her towards
this end. For all the different, even antagonistic traits in their
characters, they were both men of a fibre who did not willingly repudiate
a deed whether it proved to be profitable or otherwise. Now that the
child was born and the brothers realised the disrepute into which they
had fallen, they felt the necessity to achieve some unity among themselves.
For that an equilibrium was necessary so they accepted Sarah’s manage-
ment of the economy of the farm.

It would have been unatural if the woman had not felt some triumph
at this turn of circumstance. But soon it became a matter of acceptance.
It is the man and woman who are unsure of themselves who are for ever
triumphing over their work. But Sarah stood above, and accomplished
every task with ease. She had the prudence, the physical persistence,
the etrnal patience of the peasant. With hamilton, she felt a deep
feeling of understanding, of being cherished, but with Frank she knew
that the truce was only temporary, She shared herself between them both,
in body and in mind, and so disarmed the younger brother.