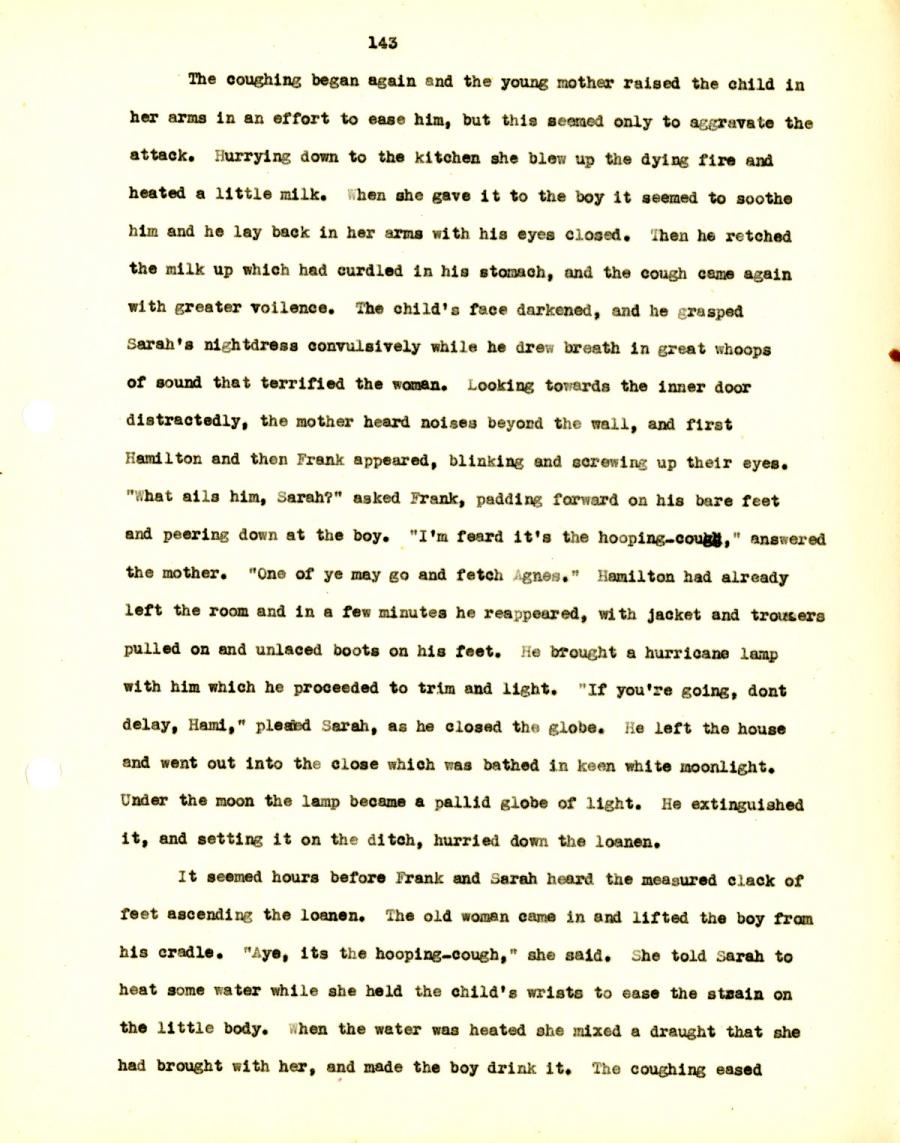 The coughing began again and the young mother raised the child in
her arms in an effort to ease him, but this seemed only to aggravate the
attack. Hurrying down to the kitchen she blew up the dying fire and
heated a little milk. When she gave it to the boy it seemed to soothe
him and he lay back in her arms with his eyes closed. Then he retched
the milk up which had curdled in his stomach, and the cough came again
with greater voilence. The child’s face darkened, and he grasped
Sarah’s nightdress convulsively while he drew breath in great whoops
of sound that terrified the woman. Looking towards the inner door
distractedly, the mother heard noises beyond the wail, and first
Hamilton and then Frank appeared, blinking and screwing up their eyes.
"What ails him, Sarah?" asked Frank, padding forward on his bare feet
and peering down at the boy. "I’m feard it’s the hooping-cough," answered
the mother. "One of ye may go and fetch Agnes." Hamilton had already
left the room and in a few minutes he reappeared, with jacket and trousers
pulled on and unlaced boots on his feet. He brought a hurricane lamp
with him which he proceeded to trim and light. "If you’re going, dont
delay, Hami," pleaded Sarah, as he closed the globe. He left the house
and went out into the close which was bathed in keen white moonlight.

Under the moon the lamp became a pallid globe of light. He extinguished
it, and setting it on the ditch, hurried down the loanen.
It seemed hours before Frank and Sarah heard the measured clack of
feet ascending the loanen. The old woman came in and lifted the boy from
his cradle. "Aye, its the hooping-cough," she said. She told Sarah to
heat some water while she held the child’s wrists to ease the strain on
the little body. When the water was heated she mixed a draught that she
had brought with her, and made the boy drink it. The coughing eased