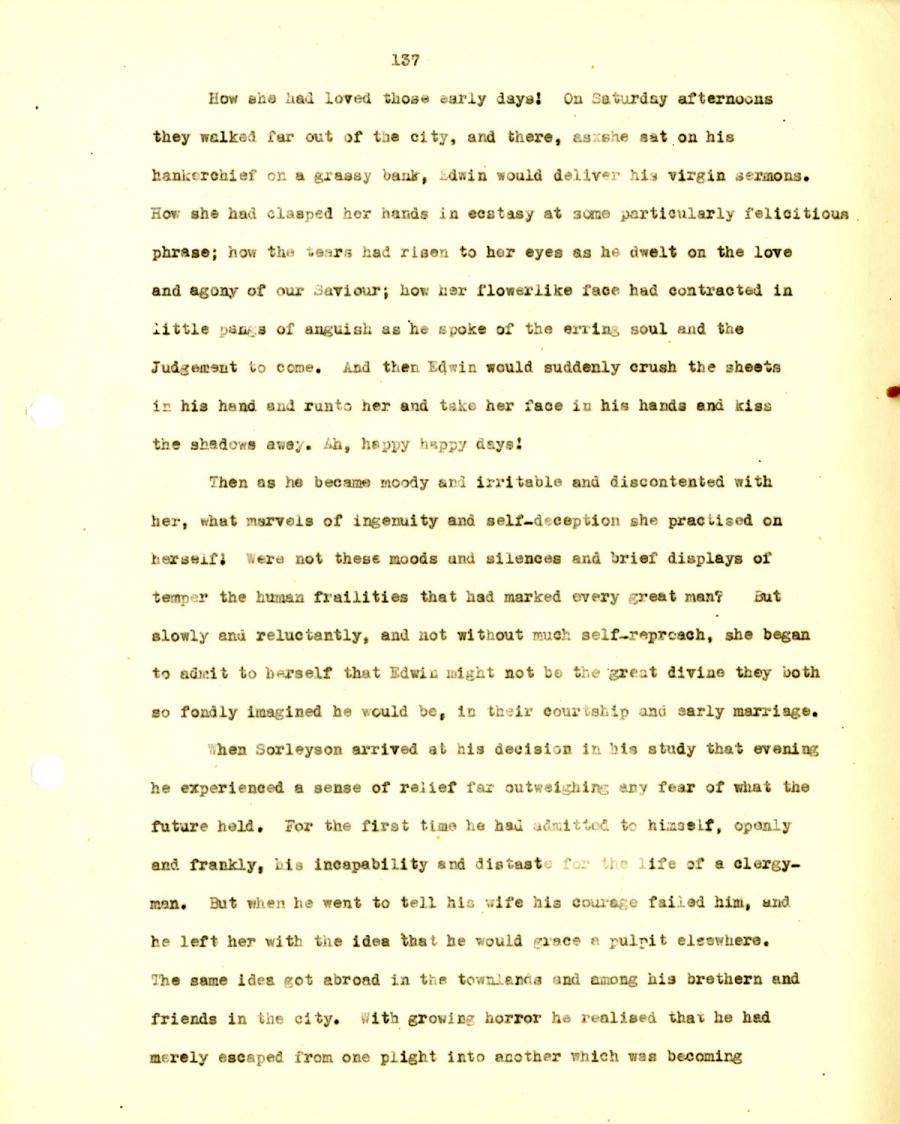 How she Had loved those early days! On Saturday afternoons
they walked far out of the city, and there, as she sat on his
handkerohief on a grassy bank, Edwin would deliver his virgin sermons.
Hoe she had clasped her hands in ecstasy at some particularly felicitious
phrase; how the tears had risen to her eyes as he dwelt on the love
and agony of our Saviour; how ner flowerlike face had contracted in
little pangs of anguish as he spoke of the erring soul and the
Judgement to come. And then Edwin would suddenly crush the sheets
in his hand, and runto her and take her face in his hands and kiss
the shadows away. Ah, happy happy days!

Then as he became moody and irritable and discontented with
her, what marvels of ingenuity and self-deception she practised on
herserlf Were not these moods und silences and brief displays of
temper? the human frailities that had marked every great man? but
slowly and reluctantly, and not without much self-reproach, she began
to admit to herself that Edwin might not be the great divine they' both
so fondly imagined he would be, in their courtship and early marriage.

When Sorleyson arrived at his decision in his study that evening
he experienced a sense of relief far outweighing, any fear of what the
future held. For the first time he had admitted to himself, openly
and frankly, his incapability and distaste for the life of a clergy-
man. But when he went to tell his wife his courage failed him, and
he left her with the idea that he would grace a pulpit elsewhere.
ame idea got abroad in the townlands and among his brethern and
friends in the city, with growing horror he realised that he had
merely escaped from one plight into another which was becoming