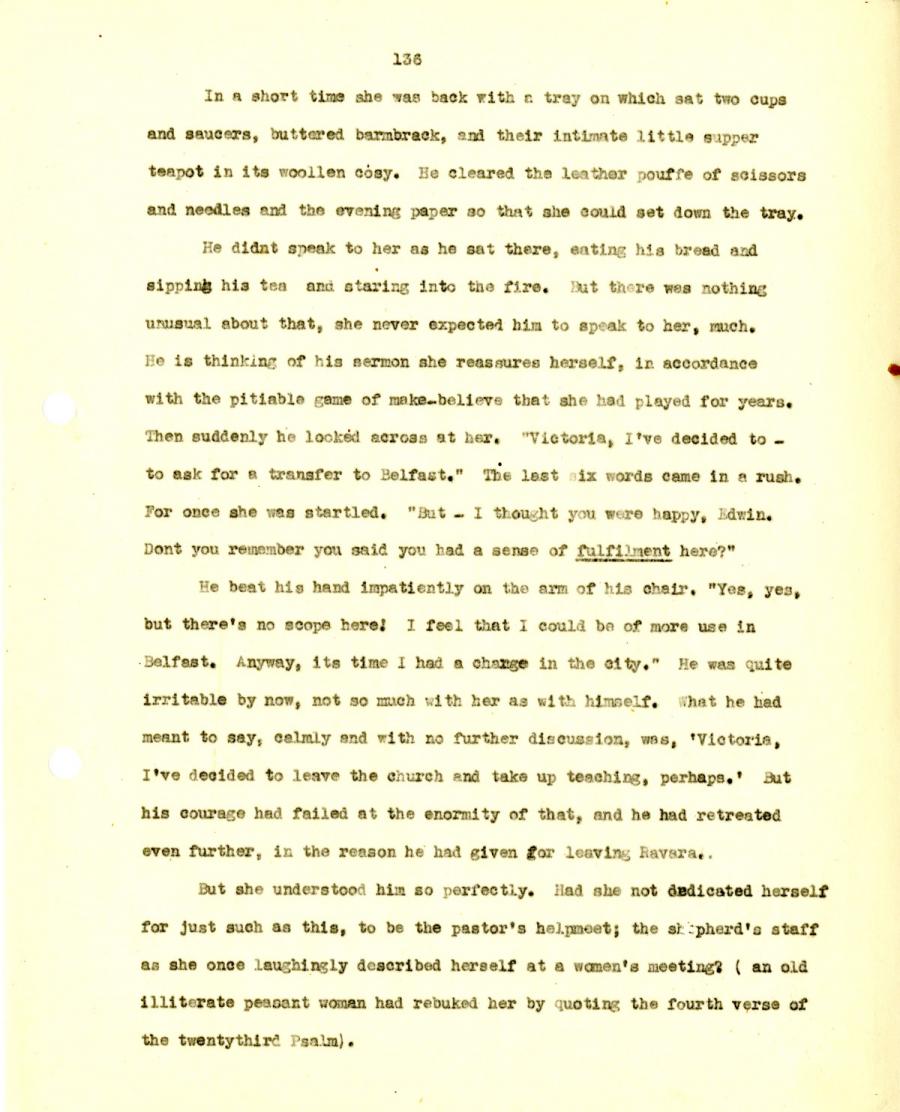 In a short time she was back with a tray on which sat two cups
and saucers, buttered barnbrack, and their intimate little supper
teapot in its woollen cosy. He cleared the leather pouffe of scissors
and needles and the evening paper so that she could set down the tray.

He didnt speak to her as he sat there, eating his bread and
sipping his tea and staring into the fire. But there was nothing
unusual about that, she never expected him to speak to her, much.
He is thinking of his sermon she reassured herself, in accordance
with the pitiable game of make-believe that she had played for years.
Then suddenly he looked across at her. "Victoria, I’ve decided to -
to ask for a transfer to Belfast." The last six words came in a rush.
For once she was startled, "But - I thought you wore happy, Edwin.
Dont you remember you said you had a sense of fulfilment here?”

He beat his hand impatiently on the arm of his chair, "Yes, yes,
but there’s no scope here! I feel that I could be of more use in
Belfast. Anyway, its time I had a change in the city." He was quite
irritable by now, not so much with her as with himself. What he had
meant to say, calmly and with no further discussion, was, ’Victoria,
I’ve decided to leave the church and take up teaching, perhaps,’ But
his courage had failed at the enormity of that, and he had retreated
even further, in the reason he had given for leaving Ravara.

But she understood him so perfectly. Had she not dedicated herself
for just such as this, to be the pastor’s helpmeet; the shepherd’a staff
as she once laughingly described herself at a women’s meeting? ( an old
illiterate peasant woman had rebuked her by quoting the fourth versa of
the twentythird Psalm).