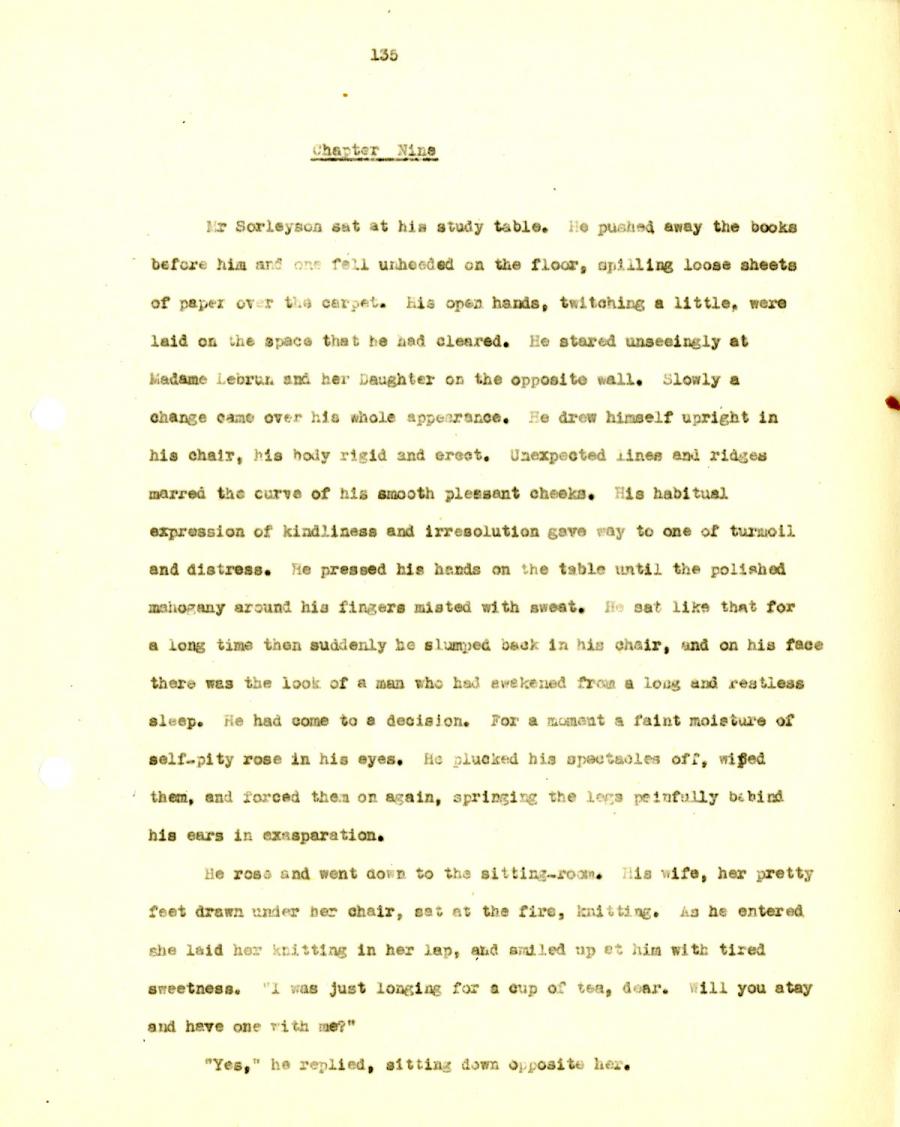 Mr Sorleyson sat at his study table. He pushed away the books
before him and one fell unheeded on the floor, spilling loose sheets
of paper over the carpet. His open hands, twitching a little, were
laid on the space that he had cleared. He stared unseeingly at
Madame Lebrun and her Daughter on the opposite wall. Slowly a
change came over his whole appearance. He drew himself upright in
his chair, his body rigid and erect. Unexpected lines and ridges
marred the curve of his smooth pleasant cheeks. His habitual
expression of kindliness and irresolution gave way to one of turmoil
and distress.He pressed his hands on the table until the polished
mahogany around his fingers misted with sweat. He sat like that for
a long time then suddenly be slumped back in hia chair, and on his face
there was the look, of a man who had awakened from a long and restless
sleep. He had come to a decision. For a moment a faint moisture of
self-pity rose in his eyes, he plucked his spectacles off, wiped
them, and forced then on again, springing the legs painfully behind
his ears in exasparation.

He rose and went down to the sitting-room. His wife, her pretty
feet drawn under her chair, sat at the fire, knitting. As he entered
she laid her knitting in her lap, and smiled up him with tired
sweetness. "I was Just longing for a cup of tea, dear, will you stay
and have one with me?"

"Yes," he replied, sitting down. opposite her.