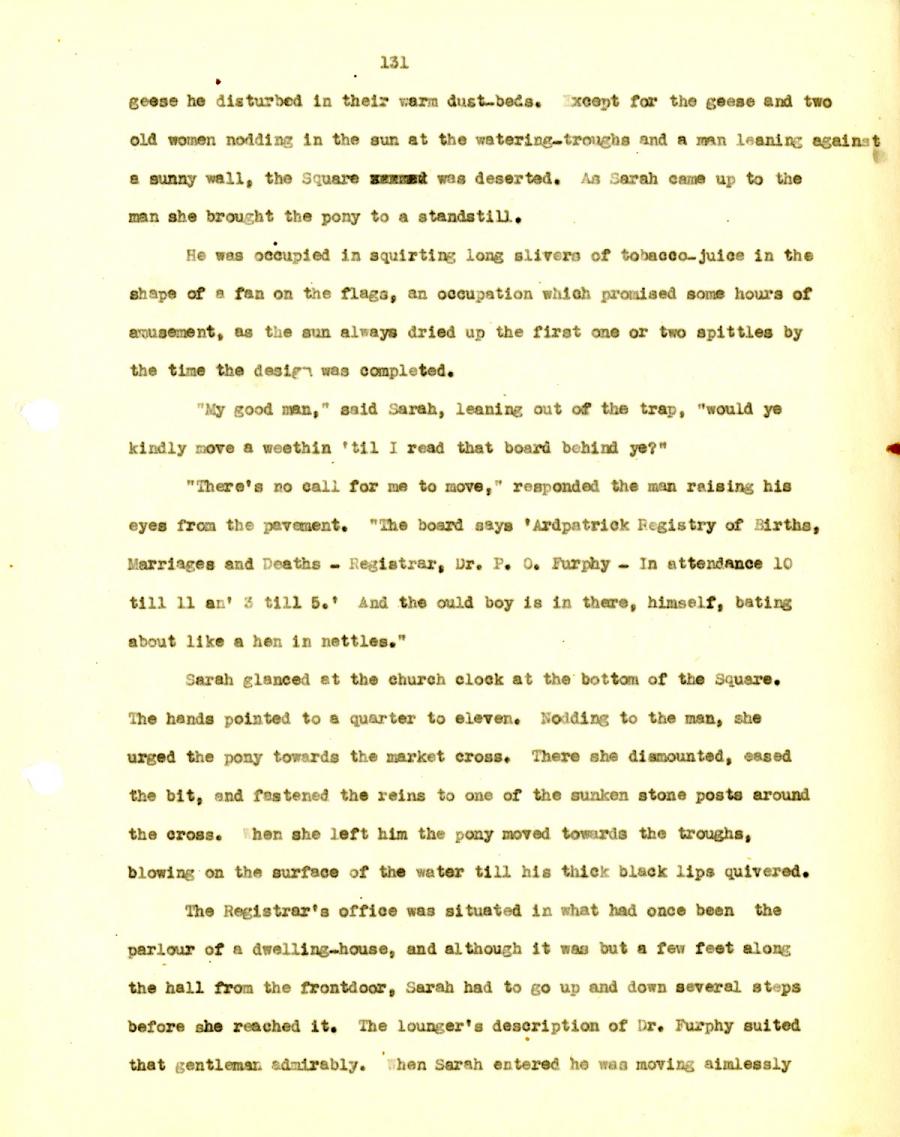 geese he disturbed in their warm dust-beds. Except for the geese and two
old women nodding in the sun at the watering—troughs and a mn leaning against
a sunny wall, the Square was deserted. Aa Sarah came up to the
man she brought the pony to a standstill.

"My good man," said Sarah, leaning out of the trap, "would ye
kindly move a weethin 'til I read that board behind ye?"

"There’s no call for me to move," responded the man raising his
eyes from the pavement. "The board says ’Ardpatrick Registry of Births,
Marriages and Deaths - Registrar, Dr. P 0. Furphy - In attendance 10
till 11 an’ 3 till 5.’ And the ould boy is in there, himself, bating
about like a hen in nettles."

Sarah glanced at the church clock at the bottom of the Square,
The hands pointed to a quarter to eleven. Nodding to the man, she
urged the pony towards the market cross. There she dismounted, eased
the bit, and fastened the reins to one of the sunken stone posts around
the cross. When she left him the pony moved towards the troughs,
blowing on the surface of the water till his thick black lips quivered.

The Registrar’s office was situated in what had once been the
parlour of a dwelling-house, and although it was but a few feet along
the hall from the frontdoor, Sarah had to go up and down several steps
before she reached it. The lounger’s description of Dr, Furphy suited
that gentleman admirably. When Sarah entered he was moving aimlessly