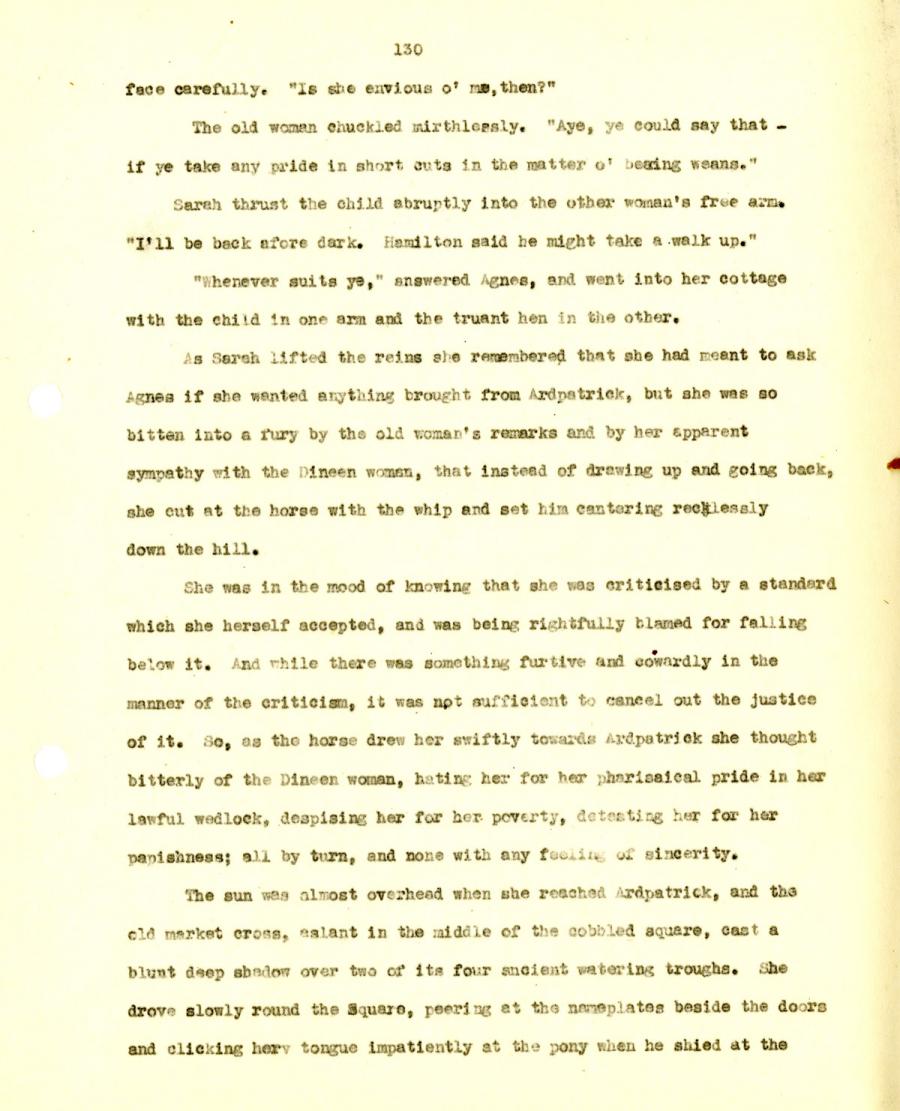 The old woman chuckled mirthlessly* "Aye, ye could say that -
if ye take any pride in short cuts in the matter o’ bearing weans."

Sarah thrust the child abruptly into the other woman’s free arm.
"I’ll be back afore dark* Hamilton said he might take a walk up."

"Whenever suits ya," answered Agnes, and went into her cottage
with the child in one arm and the truant hen in the other.

As Sarah lifted the reins she remembered that she had meant to ask
Agnes if she wanted anything brought from Ardpatrick, but she was so
bitten into a fury by ths old woman’s remarks and by her apparent
sympathy with the Dinee-n woman, that instead of drawing up and going back,
she cut at the horse with the whip and set him cantoring recklessly
down the hill.

She was in the mood of knowing that she was criticised by a standard
which she herself accepted, and was being rightfully blamed for falling
below it. And while there was something furtive and cowardly in the
manner of the criticism, it was apt sufficient to cancel out the justice
of it. So, as the horse drew her swiftly towards Ardpatrick she thought
bitterly of the Dineen woman, hating her for her pharisaical pride in her
lawful wedlock, despising her for her poverty, detesting her for her
papishness; all by turn, and none with any feeling of sincerity.

The sun was almost overhead when she reached Ardpatrick, and the
old market cross, aslant in the middle of the cobbled square, cast a
blunt deep shadow over two of its four ancient watering troughs. She
drove slowly round the Square, peering et the nameplates beside the doors
and clicking her tongue impatiently at the pony when he shied at the