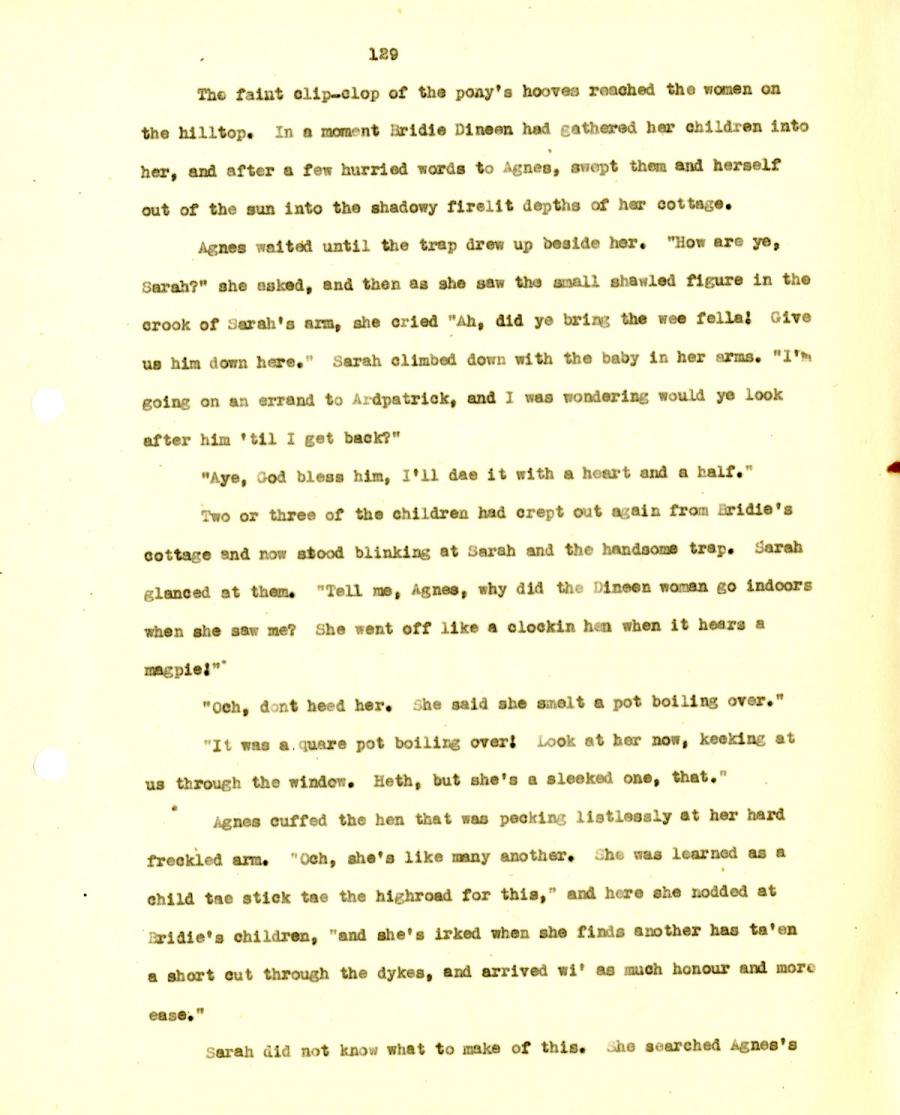 The faint clip-clop of the pony's hooves reached the women on
the hilltop. In a moment Bridli Dineen had gathered her children into
her, and after a few hurried words to Agnes, swept them and herself
out of the sun into the shadowy firelit depths of here cottage.

Agnes waited until the trap drew up beside her. "How are ye,
Sarah?" she asked, and then as she saw the small shawled figure in the
crook of Sarah’s arm, she cried "Ah, did ye bring the wee fella! Give
us him down here." Sarah climbed down with the baby in her arms. "l’m
going on an errand to Ardpatrick, and I was wondering would ye look
after him ’til I get back?"

Two or three of the children had crept out again from Bridie’s
cottage and now stood blinking at Sarah and the handsome trap. Sarah
glanced at them. "Tell me, Agnes, why did the Dineen woman go indoors
when she saw me? She went off like a clockin hen when it hears a
magpie!"*

"Och, dont heed her, she said she smelt a pot boiling over."

"It was a quare pot boiling over! look at her noq, keeking at
us through the window, Heth, but she’s a sleeked one, that."

Agnes cuffed the hen that was pecking listlessly at her hard
freckled arm. "Och, she’s like many another. She was learned as a
child tae stick taw the highroad for this," and herw she nodded at
Bridie's children, "and she’s irked when she finds another has ta’en
a short cut through the dykes, and arrived wi’ as much honour and more
ease."

Sarah did not know what to make of this. She searched Agnes’s