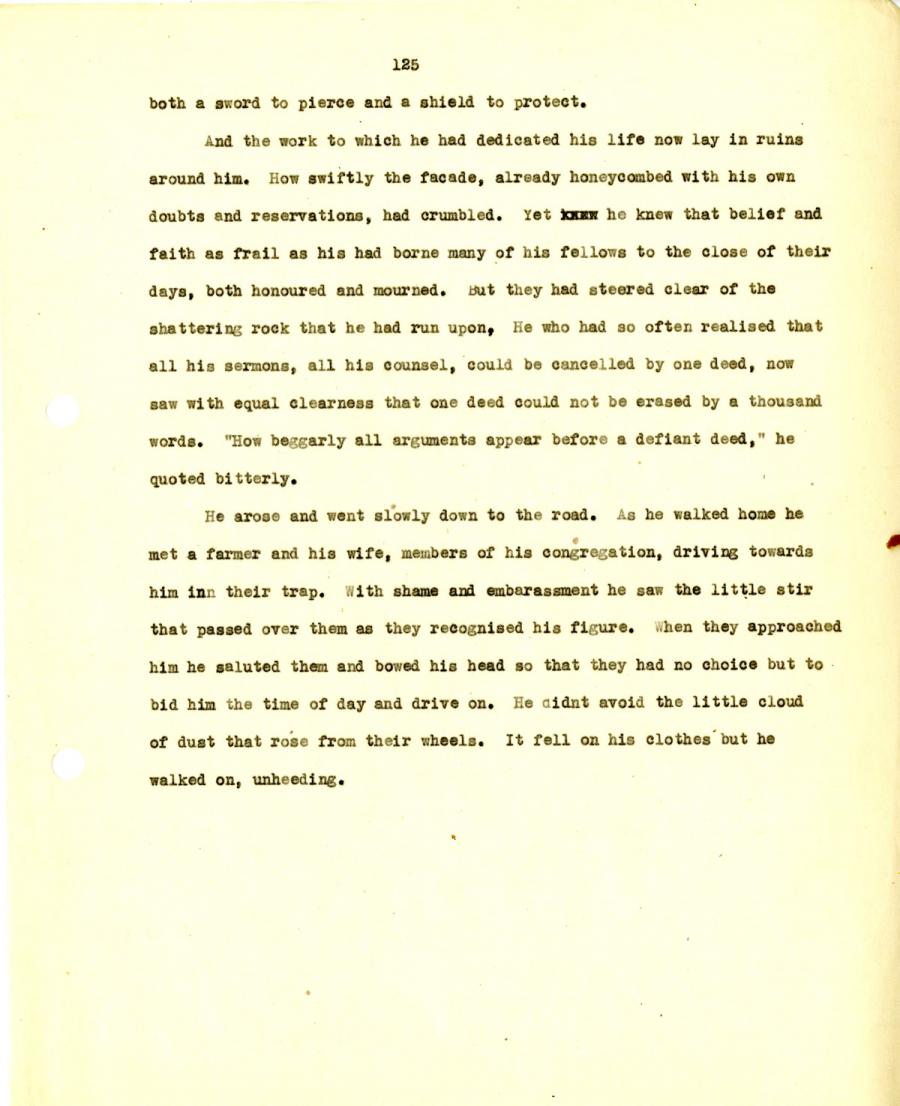 both a sword to pierce and a shield to protect.

And the work to which he had dedicated his life now lay in ruins
around him. How swiftly the facade, already honeycombed with his own
doubts and reservations, had crumbled. Yet he knew that belief and
faith as frail as his had borne many of his fellows to the close of their
days, both honoured and mourned, but they had steered clear of the
shattering rock that he had run upon. He who had so often realised that
all his sermons, all his counsel, could be cancelled by one deed, now
saw with equal clearness that one deed could not be erased by a thousand
words. "How beggarly all arguments appear before a defiant deed," he
quoted bitterly.

He arose and went slowly down to the road. As he walked home he
met a farmer and his wife, members of his congregation, driving towards
him in their trap. With shame and embarassment he saw the little stir
that passed over them as they recognised his figure. When they approached
him he saluted them and bowed his head so that they had no choice but to
bid him the time of day and drive on. He didnt avoid the little cloud
of dust that rose from their wheels. It fell on his clothes but he
walked on, unheeding