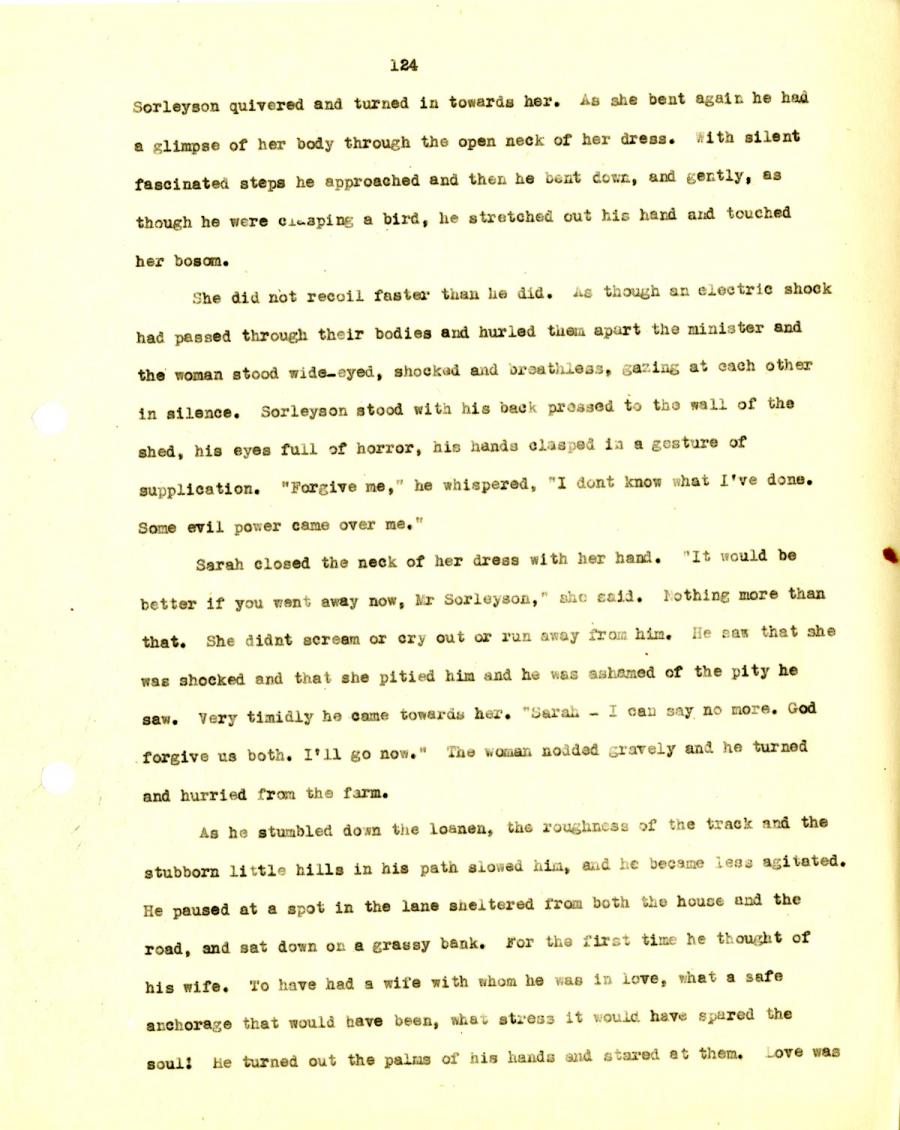 Sorleyson quivered and turned in towards her. As she bent again he had
a glimpse of her body through the open neck of her dress. With silent
fascinated steps he approached and then he bent down, and gently, as
though he where clasping a bird, he stretched out his hand and touched
her bosom.

She did not recoil faster than he did. As though an electric shock
had passed through their bodies and hurled them apart the minister and
the woman stood wide-eyed, shocked and breathless, gazing at each other
in silence. Sorleyson stood with his back pressed to the wall of the
shed, his eyes full of horror, his hands clasped in a gesture of
supplication. "Forgive me," he whispered, "I dont know what I’ve done.
Some evil power cane over me."

Sarah closed the neck of her dress with her hand. "It would be
better if you went away now, Mr Sorleyson,' she said. Nothing more than
that. She didnt scream or cry out or run away from him. He saw that she
was shocked and that she pitied him and he was ashamed of the pity he
saw. Very timidly he came towards her. "Sarah - I can say no more. God
forgive us both. I’ll go now." Ihe woman nodded gravely and he turned
and hurried from the farm.

As he stumbled down the loanen, the roughness of the track and the
stubborn little hills in his path slowed hi, and he became less agitated.
He paused at a spot in the lane sheltered from both the house und the
road, and sat down on a grassy bank. For the first time he thought of
his wife. To have had a wife with whom he was in love, what a safe
anchorage that would have been, what stress it would have spared the
soul Hsoul! He turned out the palms of his hands and stared at them. Love was