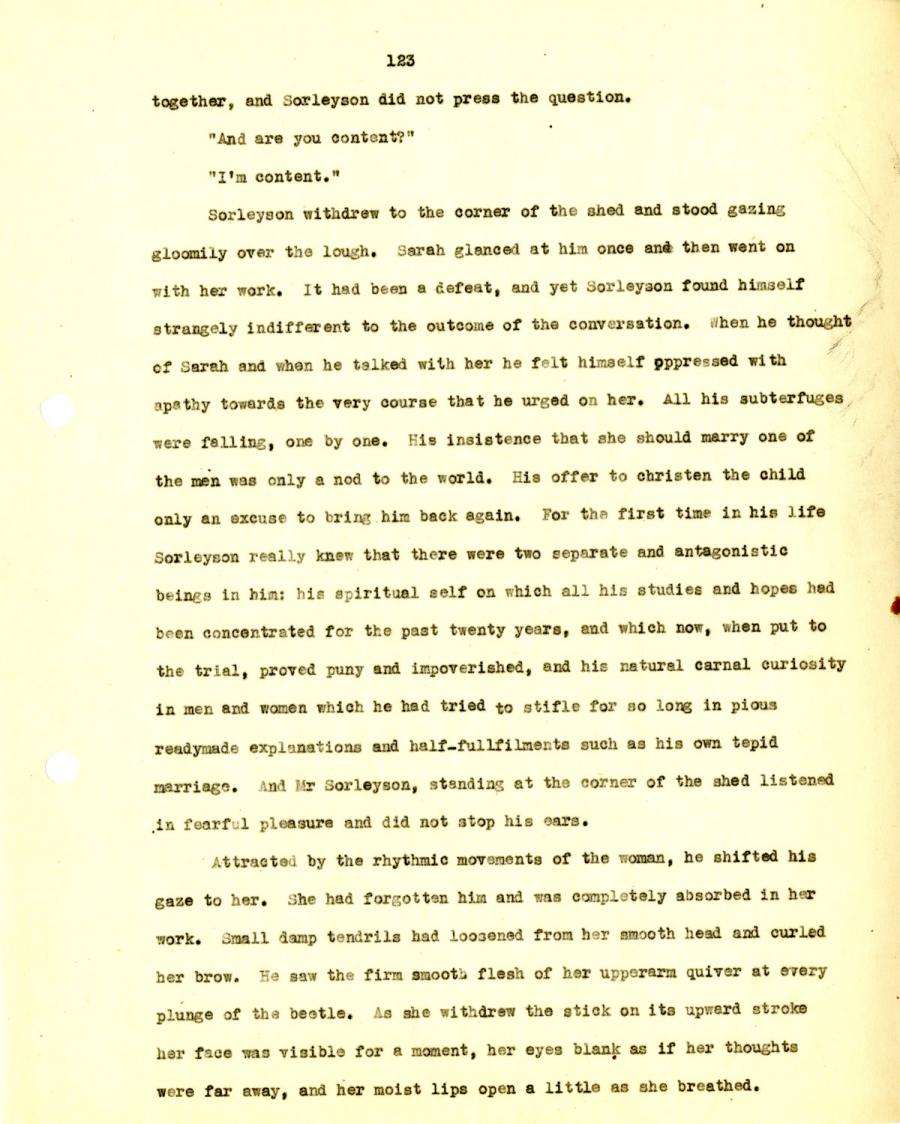 together, and Sorleyson did not press the question.

Sorleyson withdrew to the corner of the shed and stood gazing
gloomily over the lough, Sarah glanced at him once and then went on
with her work. It had been a defeat, and yet Sorleyson found himself
strangely indifferent to the outcome of the conversation, when he thought
of Sarah and when he talked with her he felt himself pressed with
apathy towards the very course that he urged on her. All his subterfuges
were falling, one by one. His insistence that she should marry one of
the men was only a nod to the world. His offer to christen the child
only an excuse to bring him back again. For the first time in his life
Sorleyson really knew that there were two separate and antagonistic
beings in him: his spiritual self on which all his studies and hopes had
been concentrated for the past twenty years, and which now, when put to
the trial, proved puny and impoverished, and his natural carnal curiosity
in men and women which he had tried to stifle for so long in pious
readymade explanations and haIf-fulfillments such as his own tepid
marriage. And Mr Sorleyson, standing at the corner of the shed listened
in fearful pleasure and did not stop his ears.

Attracted by the rhythmic movements of the woman, he shifted his
gaze to her. She had forgotten him and was completely absorbed in her
work. Small damp tendrils had loosened from her smooth head and curled
her brow. He saw the firm smooth flesh of her upperarm quiver at every
plunge of the beetle. As she withdraw the stick on its upward stroke
her face was visible for a moment, her eyes blank as if her thoughts
were far away, and her moist lips open a little as she breathed.