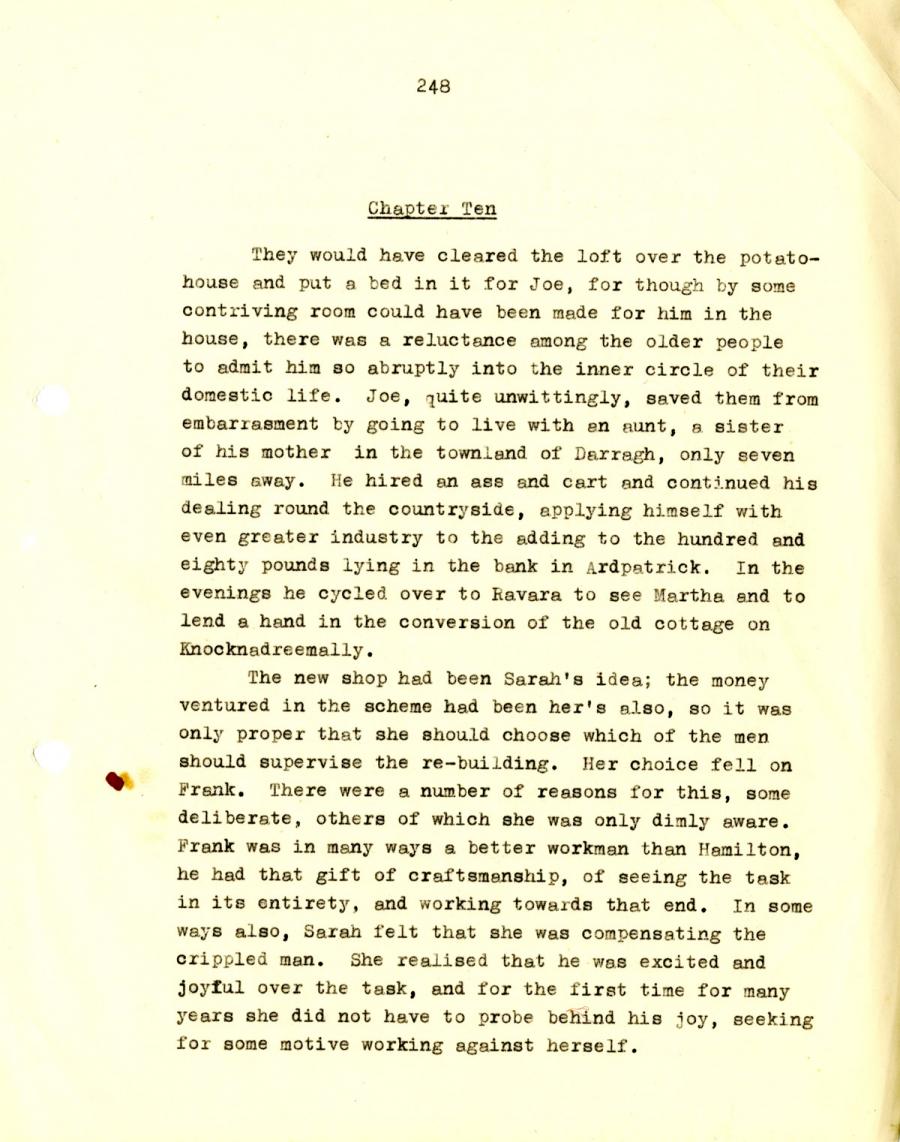 They would have cleared the loft over the potato-
house and put a bed in it for Joe, for though by some
contriving room could have been made for him in the
house, there was a reluctance among the older people
to admit him so abruptly into the inner circle of their
domestic life. Joe, quite unwittingly, saved them from
embarrasment by going to live with an aunt, a sister
of his mother in the towniand of Darragh, only seven
miles away. He hired an ass and cart and continued his
dealing round the countryside, applying himself with
even greater industry to the adding to the hundred and
eighty pounds lying in the bank in Ardpatrick. In the
evenings he cycled over to Ravara to see Martha and to
lend a hand in the conversion of the old cottage on
Knocknadreemally.

The new shop had been Sarah’s idea; the money
ventured in the scheme had been her's also, so it was
only proper that she should choose which of the men
should supervise the re-building. Her choice fell on
Frank. There were a number of reasons for this, some
deliberate, others of which she was only dimly aware.
Frank was in many ways a better workman than Hamilton,
he had that gift of craftsmanship, of seeing the task
in its entirety, and working towards that end. In some
ways also, Sarah felt that she was compensating the
crippled man. She realised that he was excited and
joyful over the task, and for the first time for many
years she did not have to probe behind his joy, seeking
for some motive working against herself.