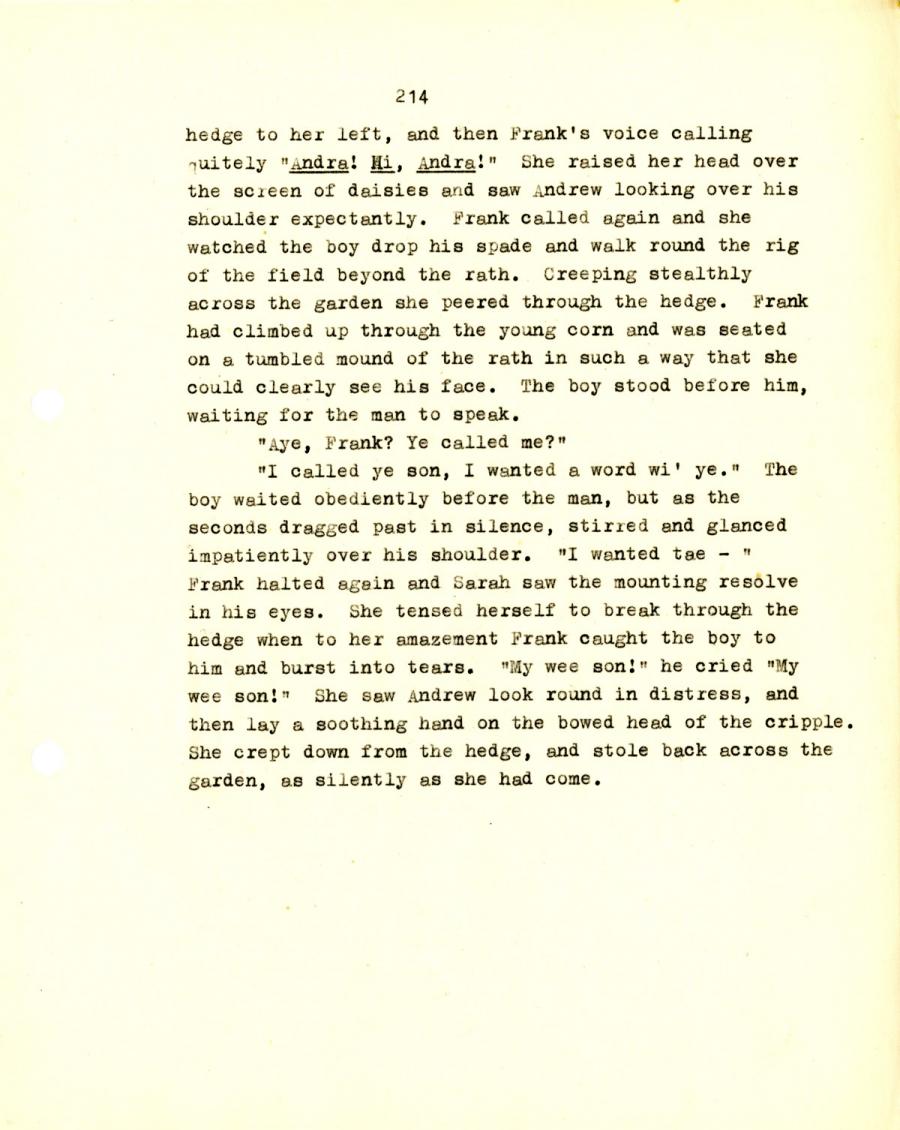 hedge to her left, and then Frank’s voice calling
quitely ’Andra!

, Andra!" She raised her head over
the screen of daisies and saw Andrew looking over his
shoulder expectantly. Frank called again and she
watched the boy drop his spade and walk round the rig
of the field beyond the rath. Creeping stealthly
across the garden she peered through the hedge. Frank
had climbed up through the young corn and was seated
on a tumbled mound of the rath in such a way that she
could clearly see his face. The boy stood before him,
waiting for the man to speak.

"I called ye son, I wanted a word wi’ ye." The
boy waited obediently before the man, but as the
seconds dragged past in silence, stirred and glanced
impatiently over his shoulder. "I wanted tee - "
Frank halted again and Sarah saw the mounting resolve
in his eyes. She tensed herself to break through the
hedge when to her amazement Frank caught the boy to
him and burst into tears. "My wee son!" he cried "My
wee son!" She saw Andrew look round in distress, and
then lay a soothing hand on the bowed head of the cripple.
She crept down from the hedge, and stole back across the
garden, as silently as she had come.