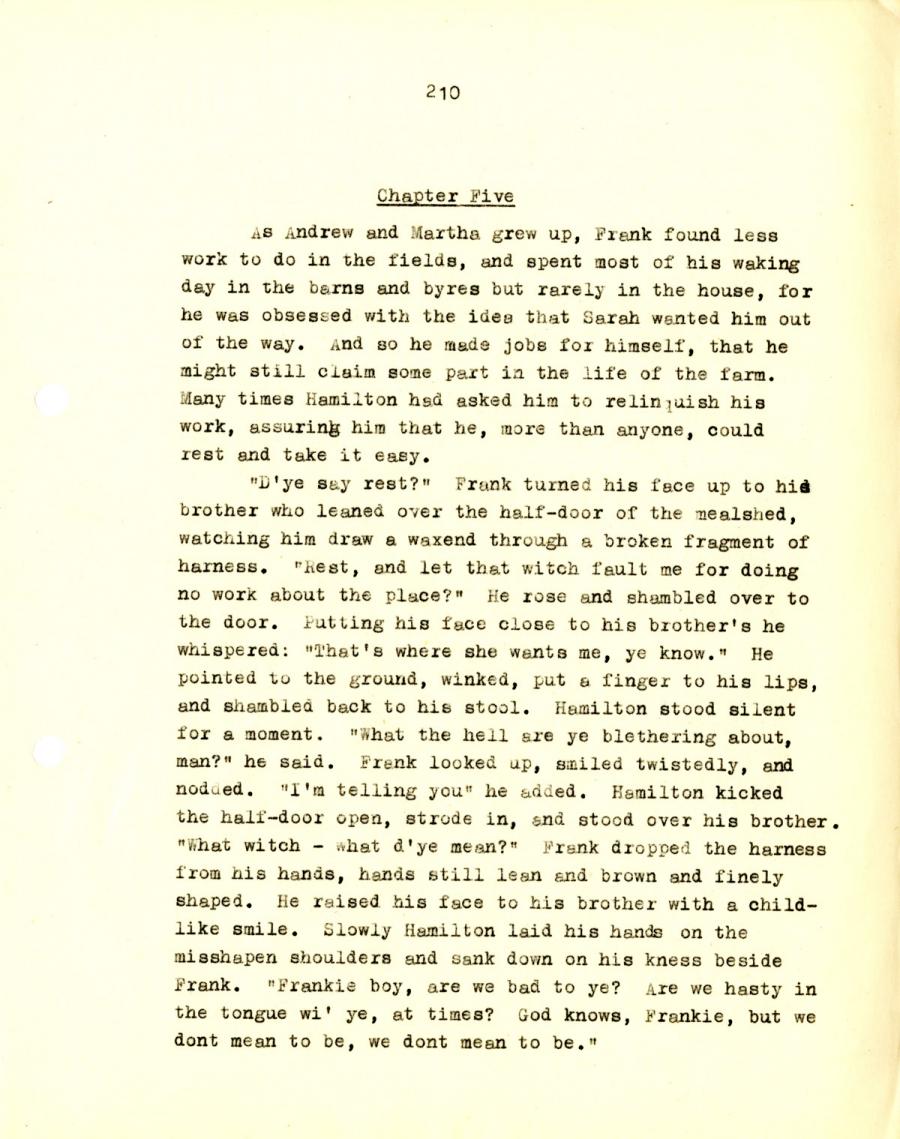 As Andrew and Martha grew up, Frank found less
work to do in the fields, and spent most of his waking
day in the barns and byres but rarely in the house, for
he was obsessed with the idea that Sarah wanted him out
of the way. And so he made jobs for himself, that he
might still claim some part in the life of the farm.
Many times Hamilton had asked him to relinquish his
work, assuring him that he, more than anyone, could
rest and take it easy.

"D'ye say rest?" Frank turned his face up to his
brother who leaned over the half-door of the mealshed,
watching him draw a waxend through a broken fragment of
harness, "Rest, and let that witch fault me for doing
no work about the place?" He rose and shambled over to
the door, Putting his face close to his brother's he
whispered: "That's where she wants me, ye know." He
pointed to the ground, winked, put a finger to his lips,
and shambled back to his stool. Hamilton stood silent
for a moment. "What the hell are ye blethering about,
man?" he said. Frank looked up, smiled twistedly, and
nodded. "I'm telling you" he added. Hamilton kicked
the half-door open, strode in, and stood over his brother.
"What witch - what d'ye mean?" Frank dropped the harness
from his hands, hands still lean and brown and finely
shaped. He raised his face to his brother with a child-
like smile. Slowly Hamilton laid his hands on the
misshapen shoulders and sank down on his kness beside
Frank. "Frankie boy, are we bad to ye? Are we hasty in
the tongue wi' ye, at times? God knows, Frankie, but we
dont mean to be, we dont mean to be."