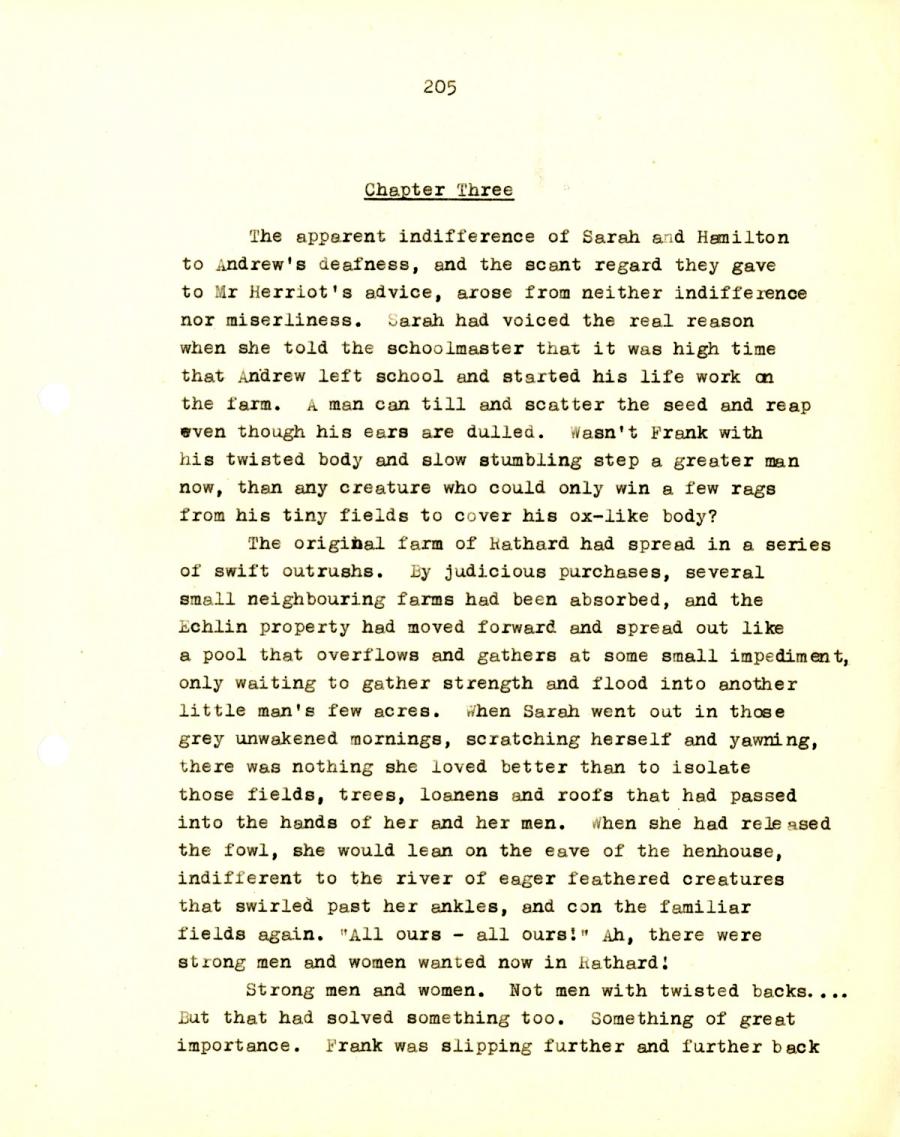 The apparent indifference of Sarah and Hamilton
to Andrew's deafness, and the scant regard they gave
to Mr Harriot's advice, arose from neither indifference
nor miserliness. Sarah had voiced the real reason
when she told the schoolmaster that it was high time
that Andrew left school and started his life work on
the farm, a man can till and scatter the seed and reap
even though his ears are dulled. Wasn't Frank with
his twisted body and slow stumbling step a greater man
now, than any creature who could only win a few rags
from his tiny fields to cover his ox-like body?

The original farm of Hathard had spread in a series
of swift outrushs. By judicious purchases, several
small neighbouring farms had been absorbed, and the
Echlin property had moved forward and spread out like
a pool that overflows and gathers at some small impediment,
only waiting to gather strength and flood into another
little man's few acres. When Sarah went out in those
grey unwakened mornings, scratching herself and yawning,
there was nothing she loved better than to isolate
those fields, trees, loanens and roofs that had passed
into the hands of her and her men. When she had released
the fowl, she would lean on the eave of the henhouse,
indifferent to the river of eager feathered creatures
that swirled past her ankles, and con the familiar
fields again. "All ours - all ours!" Ah, there were
strong men and women wanted now in Rathard!

Strong men and women. Not men with twisted backs....
But that had solved something too. Something of great
importance. Frank was slipping further and further back