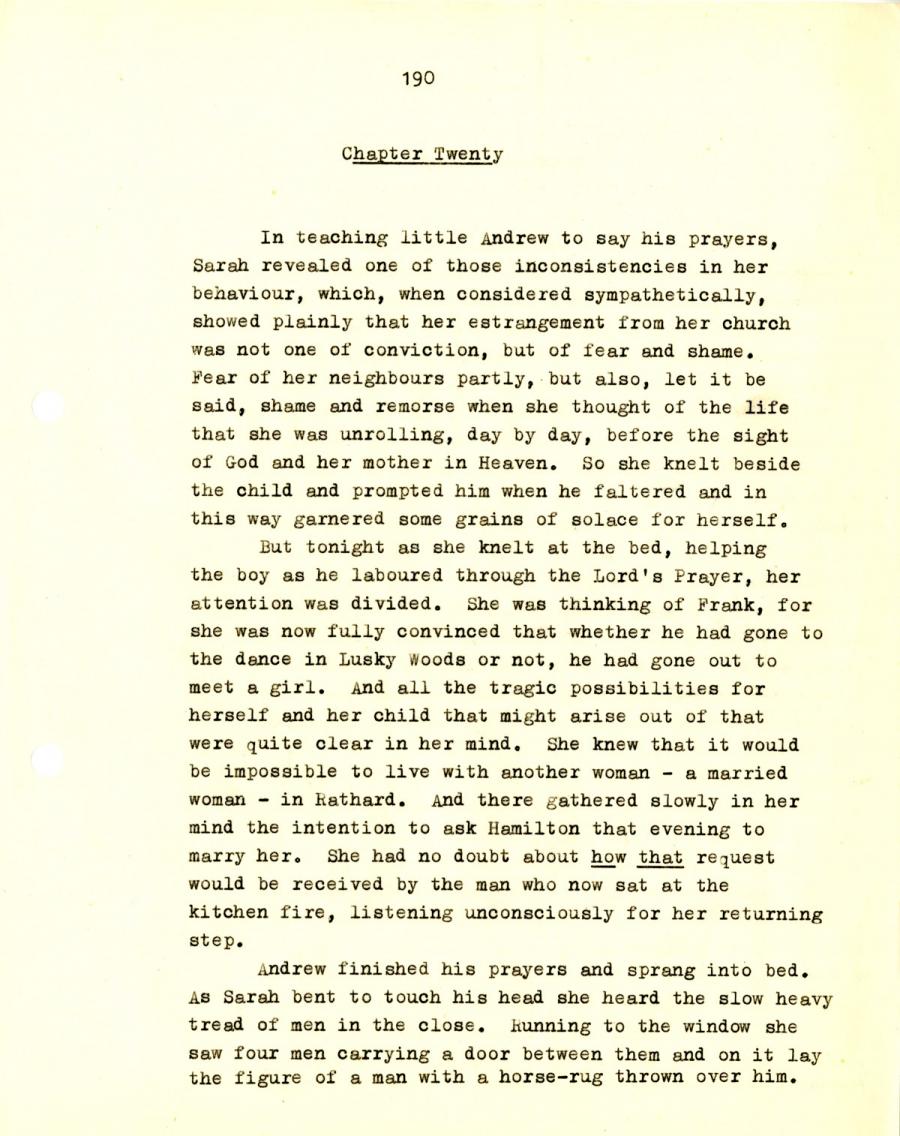 In teaching little Andrew to say his prayers,
Sarah revealed one of those inconsistencies in her
behaviour, which, when considered sympathetically,
showed plainly that her estrangement from her church
was not one of conviction, but of fear and shame.
Fear of her neighbours partly, but also, let it be
said, shame and remorse when she thought of the life
that she was unrolling, day by day, before the sight
of God and her mother in Heaven. So she knelt beside
the child and prompted him when he faltered and in
this way garnered some grains of solace for herself.

But tonight as she knelt at the bed, helping
the boy as he laboured through the Lord's Prayer, her
attention was divided. She was thinking of Frank, for
she was now fully convinced that whether he had gone to
the dance in Lusky Woods or not, he had gone out to
meet a girl. And all the tragic possibilities for
herself and her child that might arise out of that
were quite clear in her mind. She knew that it would
be impossible to live with another woman - a married
woman - in Rathard. And there gathered slowly in her
mind the intention to ask Hamilton that evening to
marry her. She had no doubt about how that request
would be received by the man who now sat at the
kitchen fire, listening unconsciously for her returning
step.

Andrew finished his prayers and sprang into bed.
As Sarah bent to touch his head she heard the slow heavy
tread of men in the close. Running to the window she
saw four men carrying a door between them and on it lay
the figure of a man with a horse-rug thrown over him.