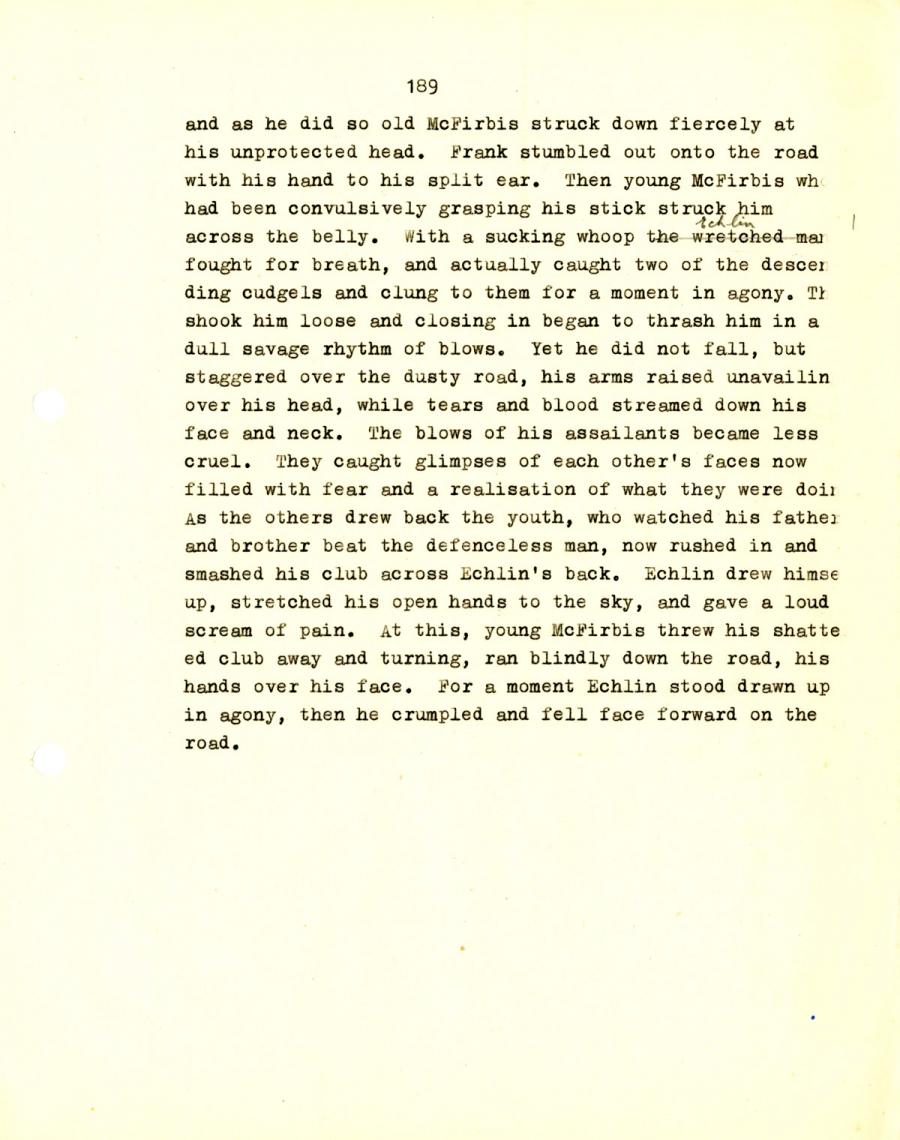 and as he did so old McFirbis struck down fiercely at
his unprotected head, Frank stumbled out onto the road
with his hand to his split ear. Then young McFirbis who
had been convulsively grasping his stick struck him
across the belly. With a sucking whoop the Echlin
fought for breath, and actually caught two of the descei
ding cudgels and clung to them for a moment in agony. They
shook him loose and closing in began to thrash him in a
dull savage rhythm of blows. Yet he did not fall, but
staggered over the dusty road, his arms raised unavaiin
over his head, while tears and blood streamed down his
face and neck. The blows of his assailants became less
cruel. They caught glimpses of each other’s faces now
filled with fear and a realisation of what they were doing.
As the others drew back the youth, who watched his father
and brother beat the defenceless man, now rushed in and
smashed his club across Echlin’s back. Echlin drew himse
up, stretched his open hands to the sky, and gave a loud
scream of pain. At this, young McFirbis threw his shatter
ed club away and turning, ran blindly down the road, his
hands over his face. For a moment Echlin stood drawn up
in agony, then he crumpled and fell face forward on the
road.