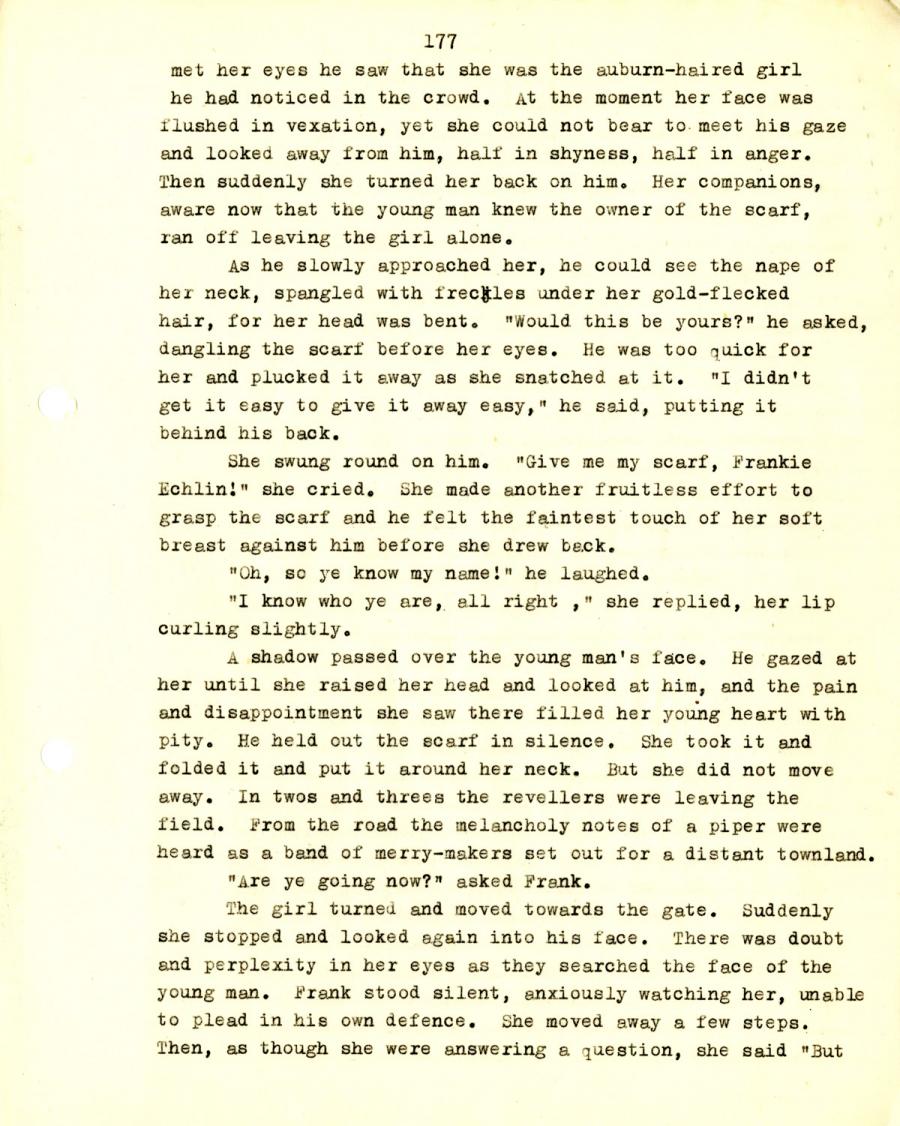 met her eyes he saw that she was the auburn-haired girl
he had noticed in the crowd. At the moment her face was
flushed in vexation, yet she could not bear to meet his gaze
and looked away from him, half in shyness, half in anger.
Then suddenly she turned her back on him. Her companions,
aware now that the young man knew the owner of the scarf,
ran off leaving the girl alone.

As he slowly approached her, he could see the nape of
her neck, spangled with freckles under her gold-flecked
hair, for her head was bent. "Would this be yours?" he asked,
dangling the scarf before her eyes. He was too quick for
her and plucked it away as she snatched at it. "I didn't
get it easy to give it away easy," he said, putting it
behind his back.

She swung round on him. "Give me my scarf, Frankie
Echlin!" she cried. She made another fruitless effort to
grasp the scarf and he felt the faintest touch of her soft
breast against him before she drew back.

"I know who ye are, all right she replied, her lip
curling slightly.

A shadow passed over the young man's face. He gazed at
her until she raised her head and looked at him, and the pain
and disappointment she saw there filled her young heart with
pity. He held out the scarf in silence. She took it and
folded it and put it around her neck. But she did not move
away, in twos and threes the revellers were leaving the
field. Prom the road the melancholy notes of a piper were
heard as a band of merry-makers set out for a distant townland.

The girl turned and moved towards the gate. Suddenly
she stopped and looked again into his face. There was doubt
and perplexity in her eyes as they searched the face of the
young man. Frank stood silent, anxiously watching her, unable
to plead in his own defence. She moved away a lew steps.
Then, as though she were answering a question, she said "But