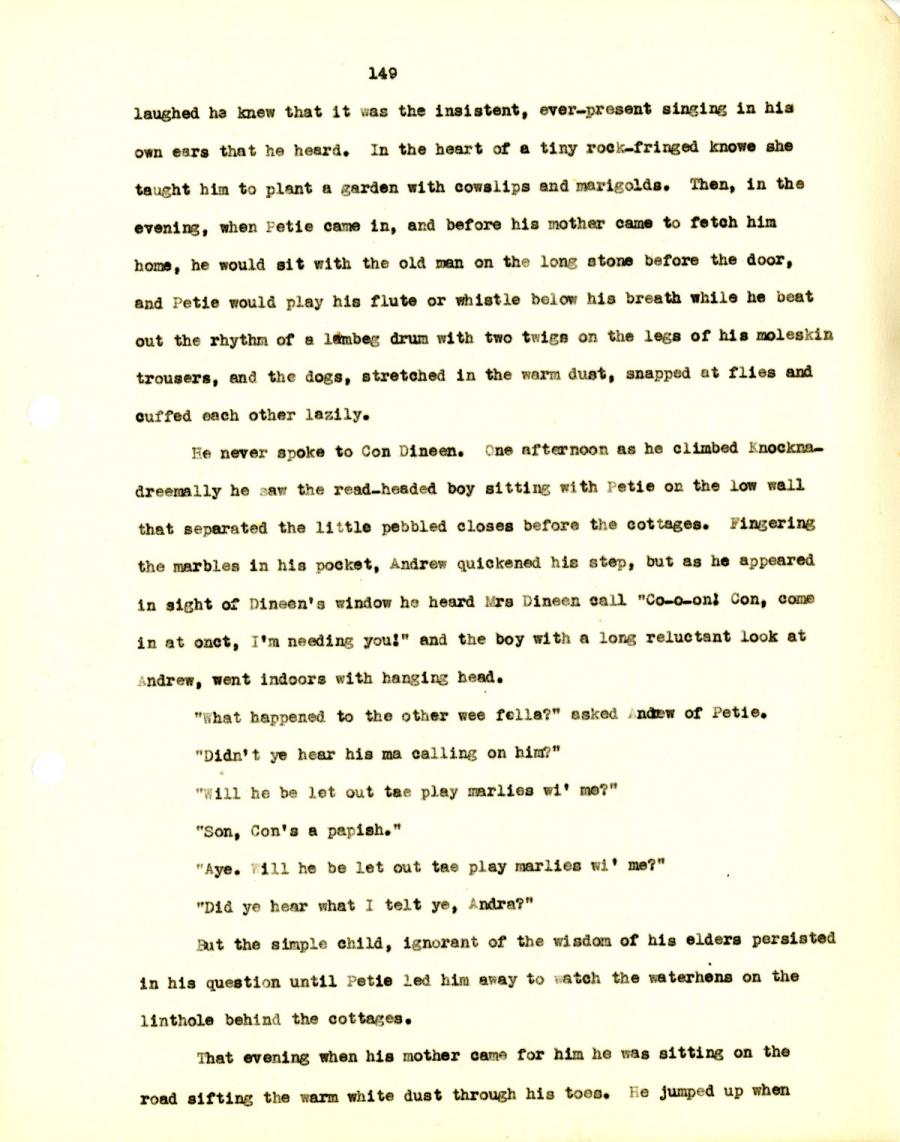 laughed he knew that it was the insistent, ever-present singing in his
own ears that he heard. In the heart of a tiny rock-fringed knowe she
taught him to plant a garden with cowslips and marigolds. Then, in the
evening, when Petie came in, and before his mother came to fetch him
home, he would sit with the old man on the long stone before the door,
and Petie would play his flute or whistle below his breath while he beat
out the rhythm of a lambeg drum with two twigs on the legs of his moleskin
trousers, and the dogs, stretched in the warm dust, snapped at flies and
cuffed each other lazily.

"What happened to the other wee fella?" asked Andrew of Petie.

"Didn’t ye hear his ma calling on him?”

"Will he be lot out tae play marlies wi' me?"

"Aye. Will he be let out tae play marlies wi' me?"

But the simple child, ignorant of the wisdom of his elders persisted
in his question until Petie led him away to watch the waterhens on the
linthole behind the cottages.

That evening when his mother came for him he was sitting on the
road sifting the warm white dust through his toes. He jumped up when