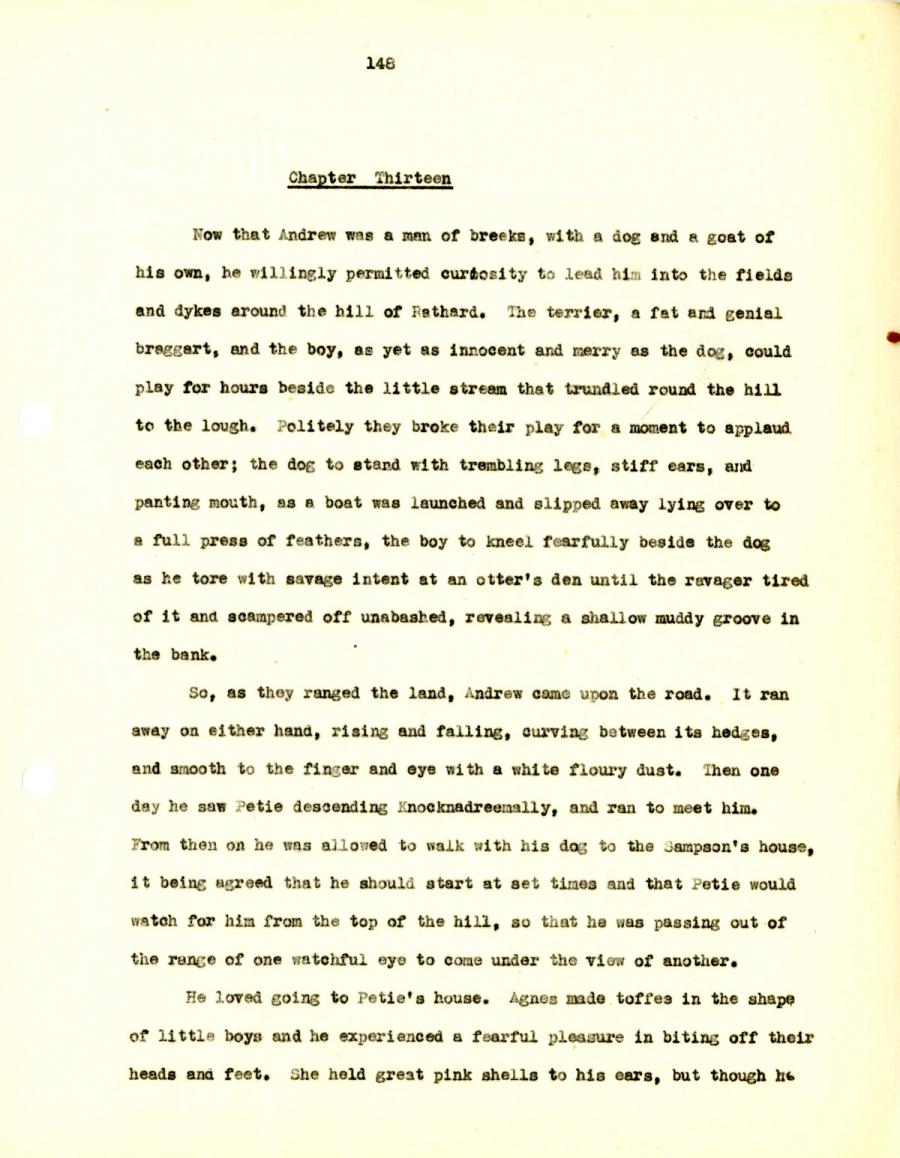 Now that Andrew was a man of breeks, with a dog and a goat of
his own, he willingly permitted curiosity to lead him into the fields
and dykes around the hill of Rathard. The terrier, a fat and genial
braggart, and the boy, as yet as innocent and merry as the dog, could
play for hours beside the little stream that trundled round the hill
to the lough. Politely they broke their play for a moment to applaud
each other; the dog to stand with trembling logs, stiff ears, and
panting mouth, as a boat was launched and slipped away lying over to
a full press of feathers, the boy to kneel fearfully beside the dog
as he tore with savage intent at an otter’s den until the ravager tired
of it and scampered off unabashed, revealing a shallow muddy groove in
the bank.

So, as they ranged the land, Andrew came upon the road. It ran
away on either hand, rising and falling, curving between its hedges,
and smooth to the finger and eye with a white floury dust. Then one
day he saw Petie descending Knocknadreemally, and ran to meet him.
From then on he was allowed to walk with his dog to the Sampson’s house,
it being agreed that he should start at set times and that Petie would
watch for him from the top of the hill, so that he was passing out of
the range of one watchful eye to come under the view of another.

He loved going to Petie’s house. Agnes made toffes in the shape
of little boys and he experienced a fearful pleasure in biting off their
heads and feet. She held great pink shells to his ears, but though he