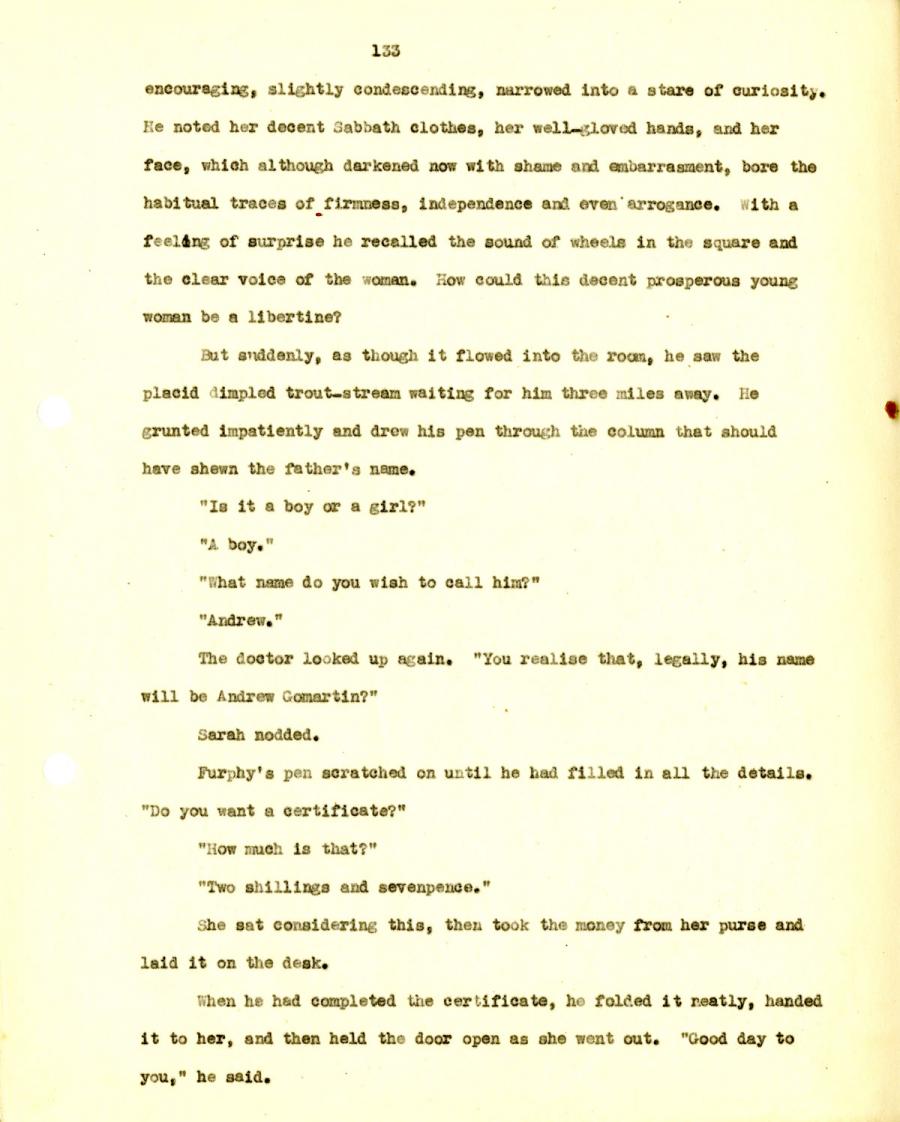 encouraging, slightly condescending, narrowed into a stare of curiosity.
He noted her decent Sabbath clothes, her well—gloved hands, and her
face, which although darkened now with shame and embarrasment, bore the
habitual traces of firmness, independence and even'arrogance. With a
feeling of surprise he recalled the sound of wheels in the square and
the clear voice of the woman. How could this decent prosperous young
woman be a libertine?

But suddenly, as though it flowed into the room, he saw the
placid dimpled trout-stream waiting for him three miles away. He
grunted impatiently and drew his pen through the column that should
have shewn the father’s name.

"What name do you wish to call him?"

The doctor looked up again. "You realise that, legally, his name
will be Andrew Gomartin?"

Furphy’s pen scratched on until he had filled in all the details.
"Do you want a certificate?”

She sat considering this, then took the money from her purse and
laid it on the desk.

When he had completed the certificate, ho folded it neatly, handed
it to her, and then held the door open as she went out. "Good day to
you," he said.