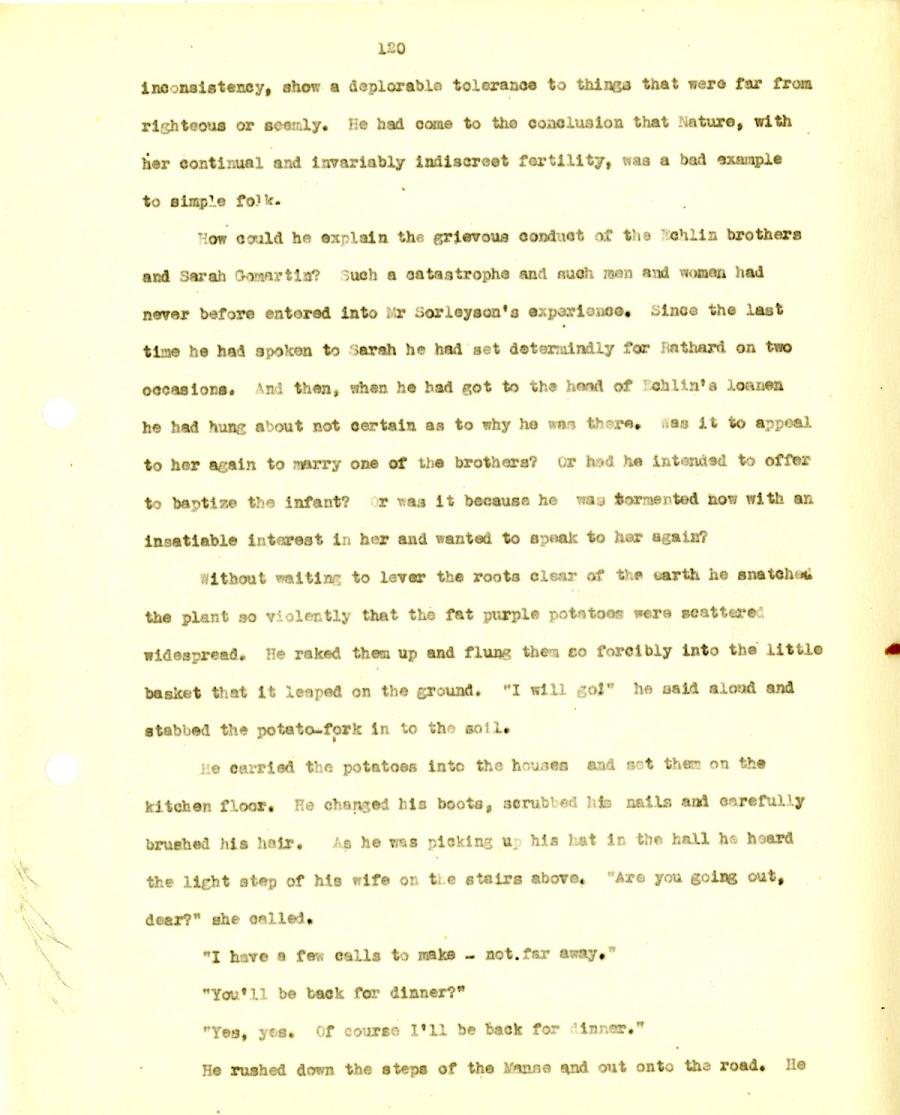 inconsistency, show a deplorable tolerance to things that were for from
righteous or seemly. He had come to tho conclusion that Nature, with
her continual and invariably indiscreet fertility, was a bad example
to simple folk.

How could he explain the grievous conduct of tho Echlin brothers
and Sarah Gomartin? Such a catastrophe and such men and woman had
never before entered into Mr Sorleyson's experience. since the last
time he had spoken to Sarah he had set determindly for Rathard on two
occasions. And then, whan he had got to the head of ’Echlin’s loanen
he had hung about not certain as to why ho was there. Was it to appeal
to her again to marry one of the brothers? Or had he intended to offer
to baptize the infant? Or was it because he was tormented now with an
insatiable interest in her and wanted to speak to her again?

Witbout waiting to lever the root clear of the earth he snatched
the plant so violently that the fat purple potatoes were scattered
widespread. he raked them up and flung them so forcibly into the little
basket that it leaped on the ground. ”I will go!" he said aloud and
stabbed the potato-fork in to the soil.

He carried the potatoes into the houses and sat them on the
kitchen floor. He changed his boots, scrubbed Ms nails and carefully
brushed his hair. As he was picking his hat in the hall hs heard
the light step of his wife on the stairs above, " Are you going out,
deer?" she called.

"You’ll be back for dinner?"

He rushed down the steps of the Manse and out onto the road. He