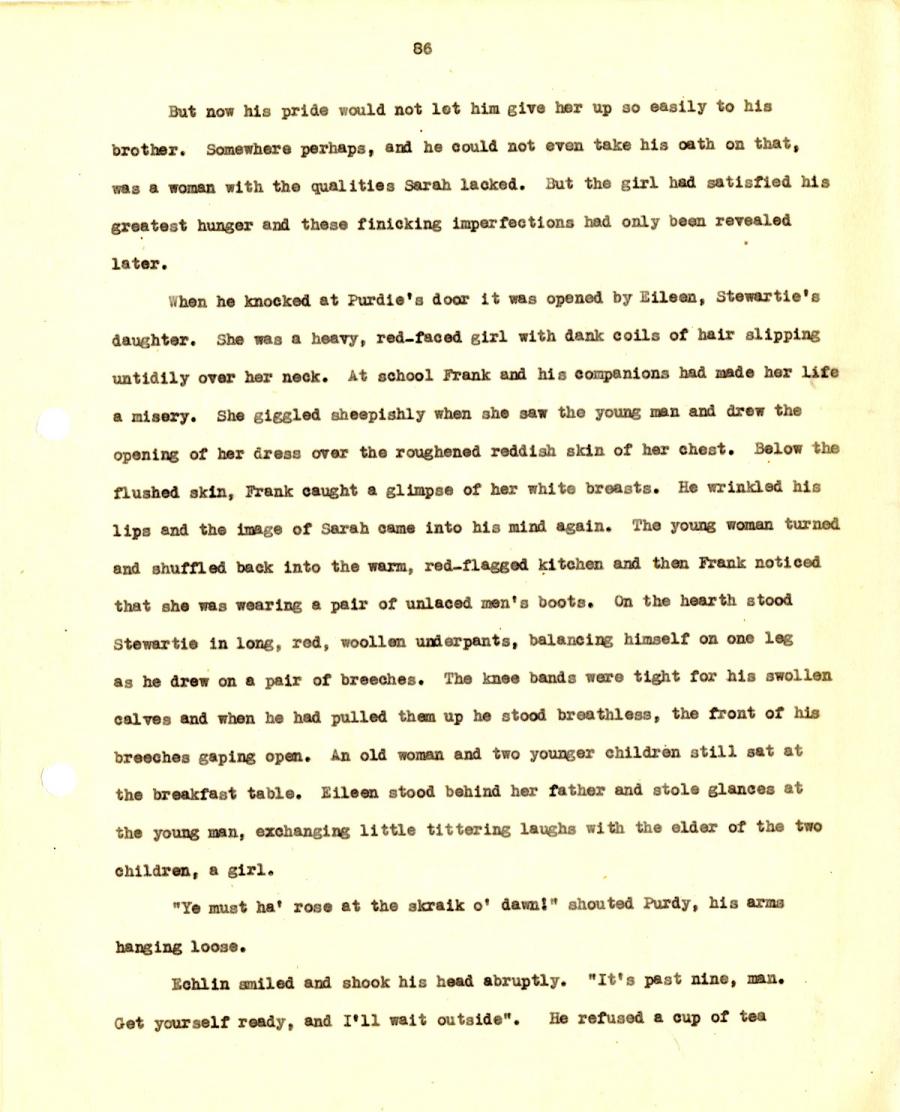 But now his pride would not let him give her up so easily to his
brother. Somewhere perhaps, and he could not even take his oath on that,
was a woman with the qualities Sarah lacked. But the girl had satisfied his
greatest hunger and these finicking imperfections had only been revealed
later.

When he knocked at Purdie's door it was opened by Eileen, Stewartie's
daughter. She was a heavy, red-faced girl with dank coils of hair slipping
untidily over her neck. At school frank and his companions had made her life a misery. She giggled sheepishly when she saw the young man and drew the opening of her dress over the roughened reddish skin of her chest. Below the flushed skin, Frank caught a glimpse of her white breasts. He wrinkled his lips and the image of Sarah came into his mind again. The young woman turned and shuffled back into the warm, red-flagged kitchen and then frank noticed that she was wearing a pair of unlaced men’s boots. On the hearth stood Stewartie in long, rod, woollen underpants, balancing himself on one leg as he drew on a pair of breeches. The knee bands were tight for his swollen calves and when he had pulled them up he stood breathless, the front of his breeches gaping open. An old woman and two younger children 3till sat at the breakfast table. Eileen stood behind her father and stole glances at the young man, exchanging little tittering laughs with the elder of the two children, a girl.

Echlin smiled and shook his head abruptly. "It's past nine, man.
Get yourself ready, and I'll wait outside". He refused a cup of tea