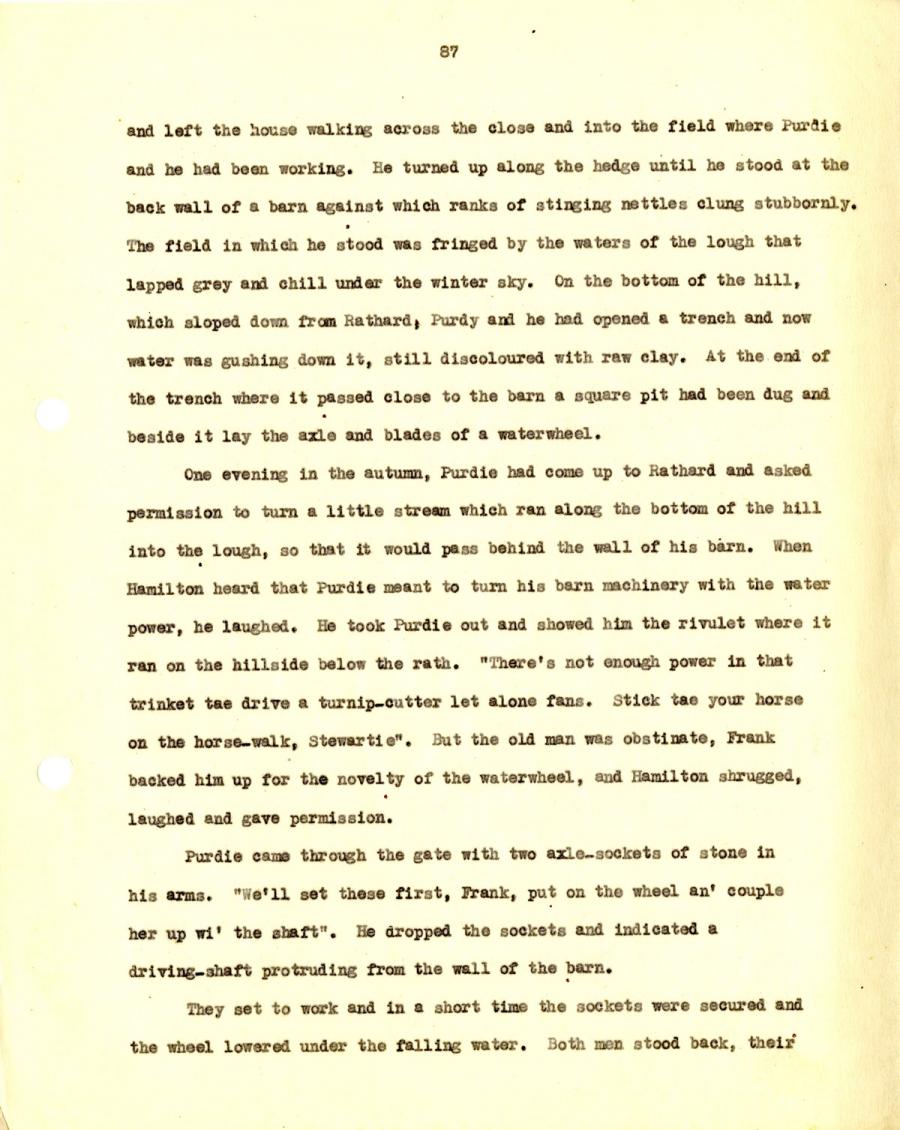 and left the house walking across the close and into the field where Purdlie
and he had been working. He turned up along the hedge until he stood at the
back wall of a barn against which ranks of stinging nettles clung stubbornly,
The field in which he stood was fringed by the waters of the lough that
lapped grey and chill under the winter sky. On the bottom of the hill,
which sloped down from Rathard, Purdy and he hod opened a trench and now
water was gushing down it, still discoloured with raw clay. At the end of
the trench where it passed dose to the barn a square pit had been dug and
beside it lay the axle and blades of a waterwheel.

One evening in the autumn, Purdie had come up to Rathard and asked
permission to turn a little stream which ran along the bottom of the hill
into the lough, so that it would pass behind the wall of his barn. When
Hamilton heard that Purdie meant to turn his barn machinery with the water
power, he laughed. He took Purdie out and showed him the rivulet where it
ran on the hillside below the rath. "There's not enough power in that
trinket tae drive a turnip-cutter let alone fans. Stick tae your horse
on the horse-walk, Stewartie". But the old man was obstinate, Frank
backed him up for the novelty of the waterwheel, and Hamilton shrugged,
laughed and gave permission.

Purdie came through the gate with two axle-sockets of stone in
his arms. "We’ll set these first, Frank, put on the wheel an* couple
her up wi’ the shaft". He dropped the sockets and indicated a
driving-shaft protruding from the wall of the barn.

They set to work and in a short time the sockets were secured and
the wheel lowered under the falling water. Both men stood back, their