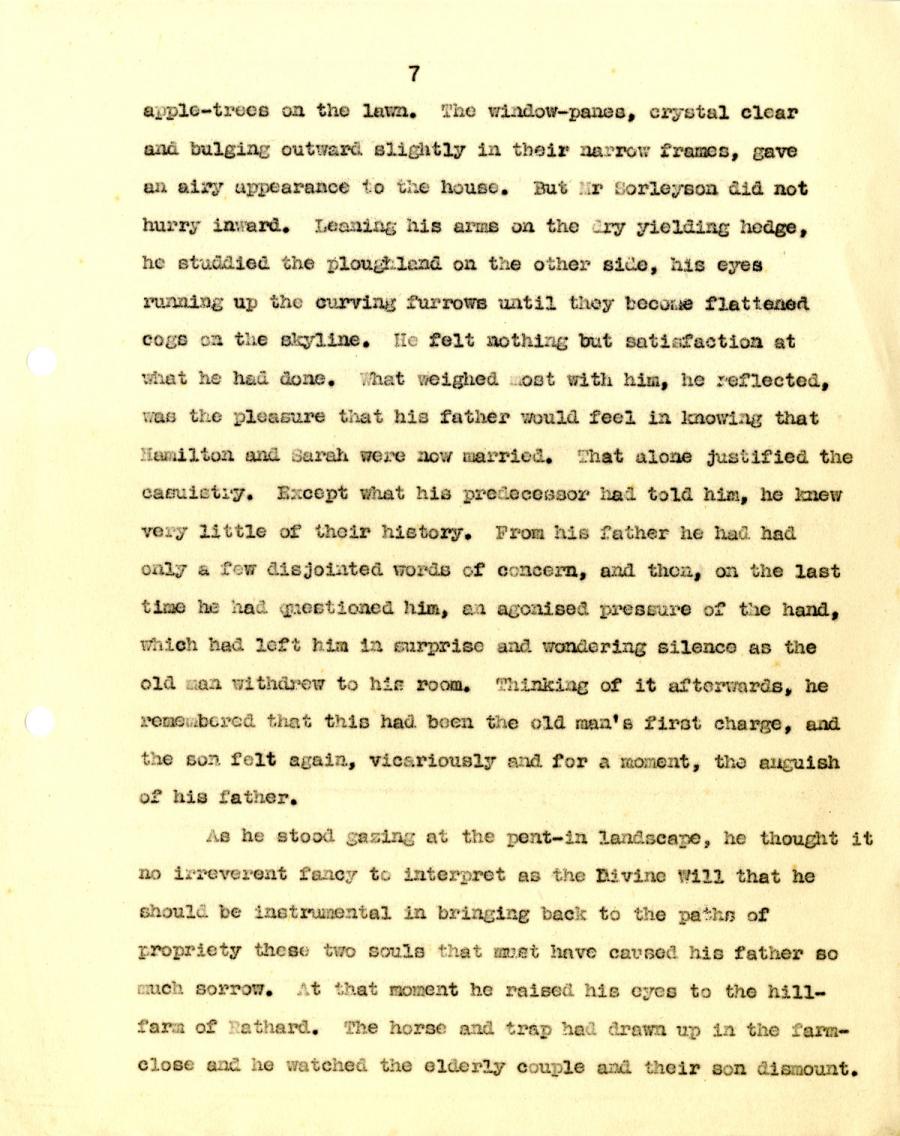 apple-trees on the lawn. The window-panes, crystal clear

and bulging outward slightly in their narrow frames, gave

on airy appearance to the house. But Mr Sorleyson did not

hurry inward. Leaning his arms on the dry yielding hedge,

he studied the ploughland on the other side, his eyes

running up the curving furrows until they became flattened

cogs on the skyline. He felt nothing hut satisfaction at

what he had done, what weighed most with him, he reflected,

was the pleasure that his father would feel in knowing that

Hamilton and Sarah were now married. That alone Justified the

casuistry. Except What his predecessor had told him, he knew

very little of their history. From his father he had had

only a few disjointed words of concern, and then, on the last

time he had questioned him, an agonised pressure of the hand,

which had left him in surprise and wondering silence as the

old nan. withdraw to his room. Thinking of it afterwards, he

remembered that this had been the old man’s first charge, and

the son felt again, vicariously and for a moment, the anguish

As he stood gazing at the pent-in landscape, he thought it

no irreverent fancy to interpret as the devine Will that he

should be instrumental in bringing back to the paths of

propriety these two souls that must have caused his father so

much sorrow. At that moment he raised his eyes to the hill-

farm of Rathard. The horse and trap had drawn up in the farm-

close and he watched the elderly couple and their son dismount.