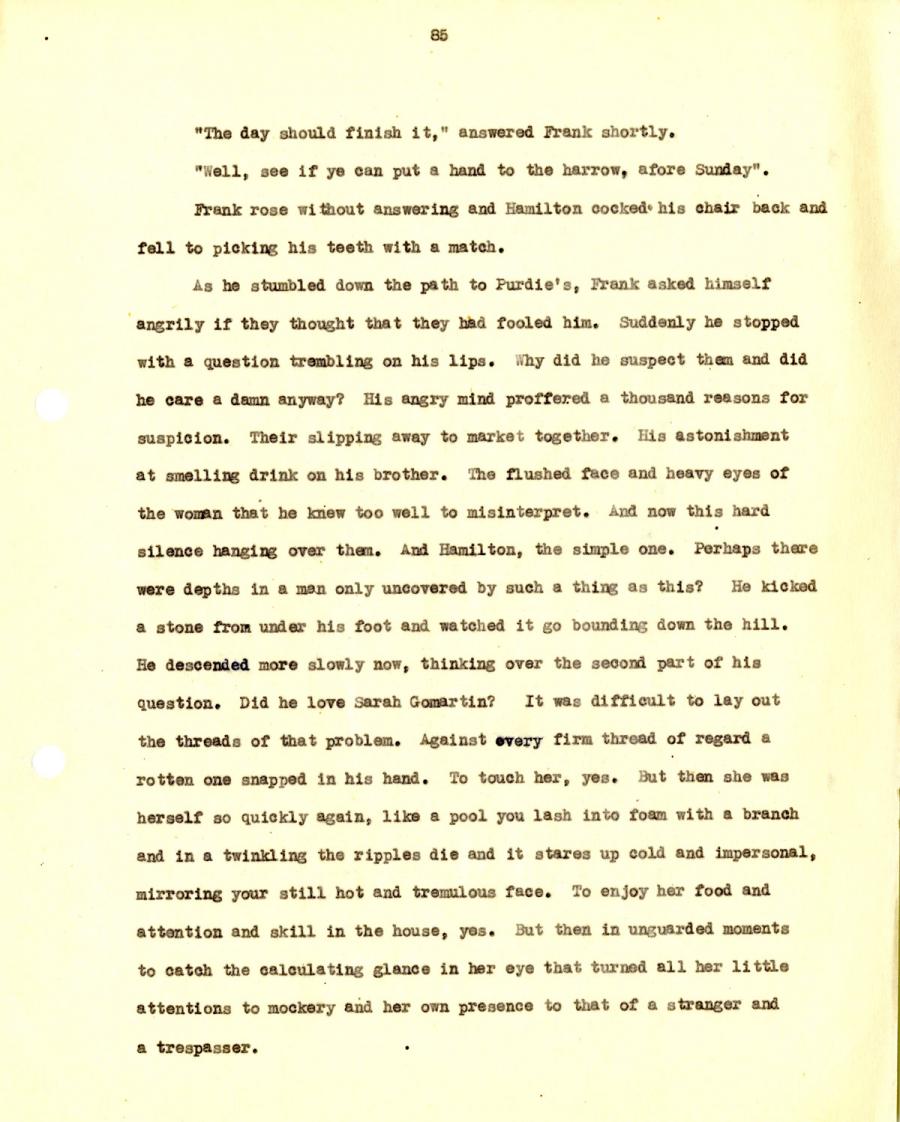 "The day should finish it," answered Frank shortly.

"Well, see if ye can put a hand to the harrow, afore Sunday".

Frank rose without answering and Hamilton cocked his chair back and
fell to picking his teeth with a match.

As he stumbled down the path to Purdie’s, Frank asked himself
angrily if they thought that they had fooled him. Suddenly he stopped
with a question trembling on his lips. Why did he suspect them and did
he care a damn anyway? His angry mind proffered a thousand reasons for
suspicion. Their slipping away to market together. His astonishment
at smelling drink on his brother. The flushed face and heavy eyes of
the woman that he knew too well to misinterpret. And now this hard
silence hanging over them. And Hamilton, the simple one. Perhaps there
were depths in a man only uncovered by such a thing as this? He kicked
a stone from under his foot and watched it go bounding down the hill.

He descended more slowly now, thinking over the second part of his
question. Did he love Sarah Gomartin? It was difficult to lay out
the threads of that problem. Against every firm thread of regard a
rotten one snapped in his hand. To touch her, yes. But then she was
herself so quickly again, like a pool you lash into foam with a branch
and in a twinkling the ripples die and it stares up cold and impersonal,
mirroring your still hot and tremulous face. To enjoy her food and
attention and skill in the house, yes. But then in unguarded moments
to catch the calculating glance in her eye that turned all her little
attentions to mockery and her own presence to that of a stranger and
a trespasser.