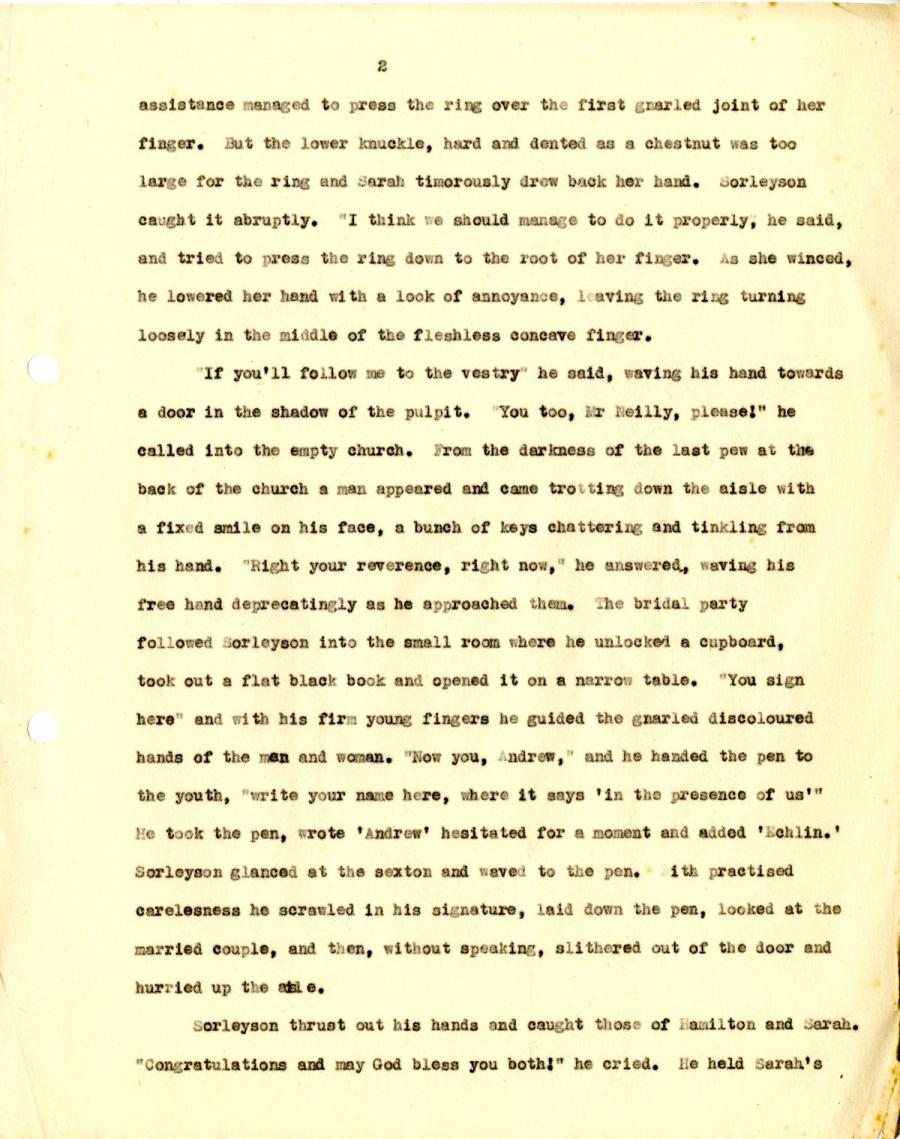 finger. But the lower knuckle, hard and dented as a chestnut was too

large for the ring and Sarah timorously drew back her hand, Sorleyson

caught it abruptly. 'I think we should manage to do it properly, he said,

and tried to press the ring down to the root of her finger, As she winced,

he lowered her hand with a look of annoyance, having the ring turning

loosely in the middle of the fleshiness concave finger.

“If you’ll follow me to the vestry” he said, waving his hand towards

a door in the shadow of the pulpit. You too, Mr Neilly, please!” he

called into the empty church. From the darkness of the last pew at the

a fixed smile on his face, a bunch of keys chattering and tinkling from

his hand. '’Right your reverence, right now, ' he answered waving his

free hand deprecatingly as he approached them, the bridal party

followed Sorleyson into the small room where he unlocked a cupboard,

took out a flat black book and opened it on a narrow table. You sign

hands of the man and woman. ’Now; you, Andrew, and he handed the pen to

the youth, write your name here, where it says 'in tho presence of us"'

He took the pen, wrote 'Andrew' hesitated for a moment and added ‘Echlin.*

Sorleyson glanced at the sexton and waved to the pen. With practised

carelessness he scrawled in his signature, laid down the pen, looked at the

married couple, and then, without speaking, slithered out of the door and

hurried up the aisle,

Sorleyson thrust out his hands and caught hold those of Hamilton and Sarah.

"Congratulations and may God bless you both!" he cried, he held Sharah’s