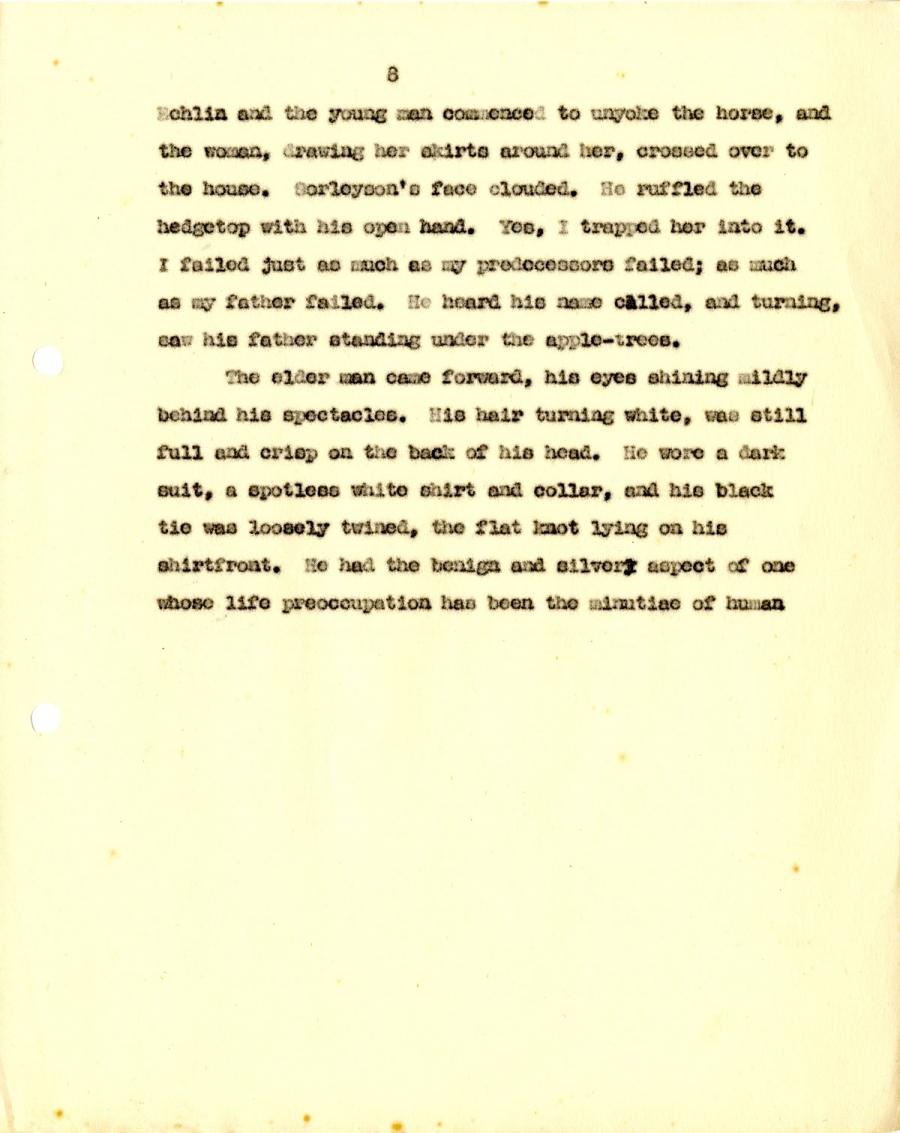 Echlin and the young man commencenced to unyoke the horse, and

the women, drawing her skirts around her, crossed over to

hedgetop with his open hand. Yes, I trapped her into it,

I failed just as roach as my predecessors failed; as much

as my father failed. He heard his name called, and turning,

saw; his father standing under the apple-trees.

behind hie spectacles. His hair turning white, was still

full and crisp on the back of his head. He wore a dark

suit, a spotless white shirt and collar, and hie black

tie was loosely twined, the flat Knot lying on his

shirtfront. He had the benign end silvery aspect of one

whoso life preoccupation has been the minutiae of human