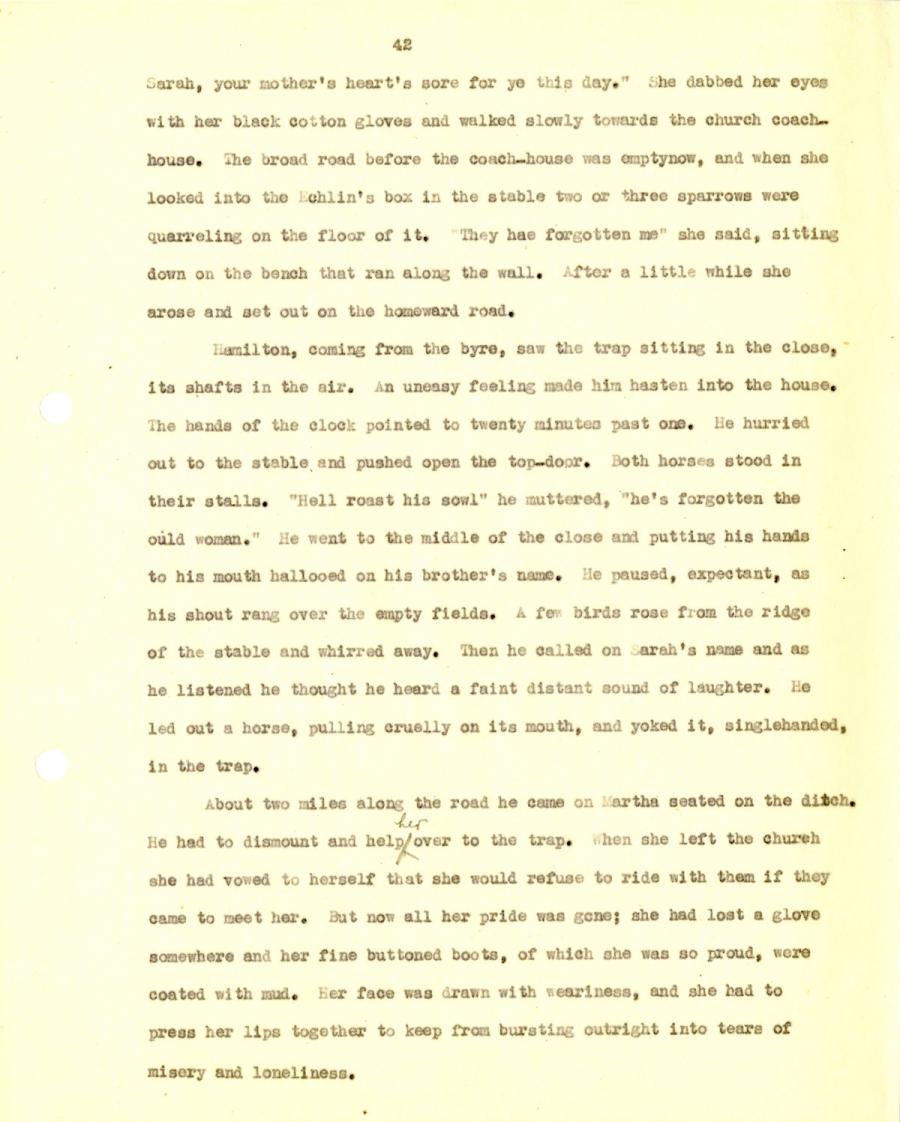 Sarah, your mother’s heart’s sore for ye this day,” She dabbed her eyes

house. the broad road before the coach-house was empty now, and when she

quarreling on the floor of it. They hae forgotten me' she said, sitting

down on the bench that ran along the wall. After a little while she

arose and set out on the homeward road.

Hamilton, coming from the byre, saw the trap sitting in the close,

its shafts in the air. An uneasy feeling made him hasten into the house,

the hands of the clock pointed to twenty minutes past one. lie hurried

out to the stable and pushed open the ton-door. Both hors-s stood in

their stalls, "Hell roast his soul" he muttered, 'he’s forgotten the

ould woman." He went to the middle of the close and putting his hands

to his mouth hallooed on his brother’s name. He paused, expectant, as

his shout rang over the empty fields. A fe birds rose from the ridge

of the stable and whirred away. Then he called on grab's name and as

he listened he thought he heard a faint distant sound of laughter. He

led out a horse, pulling cruelly on its mouth, and yoked it, singlehanded,

About two miles along the road he came on Martha seated on the ditch.

He had to dismount and holdover to the trap. hen 3he left the church

came to meet her. But now all her pride was gene; she had lost a glove

somewhere and her fine buttoned boots, of which she was so proud, were

coated with mud. t er face was drawn with weariness, and she had to