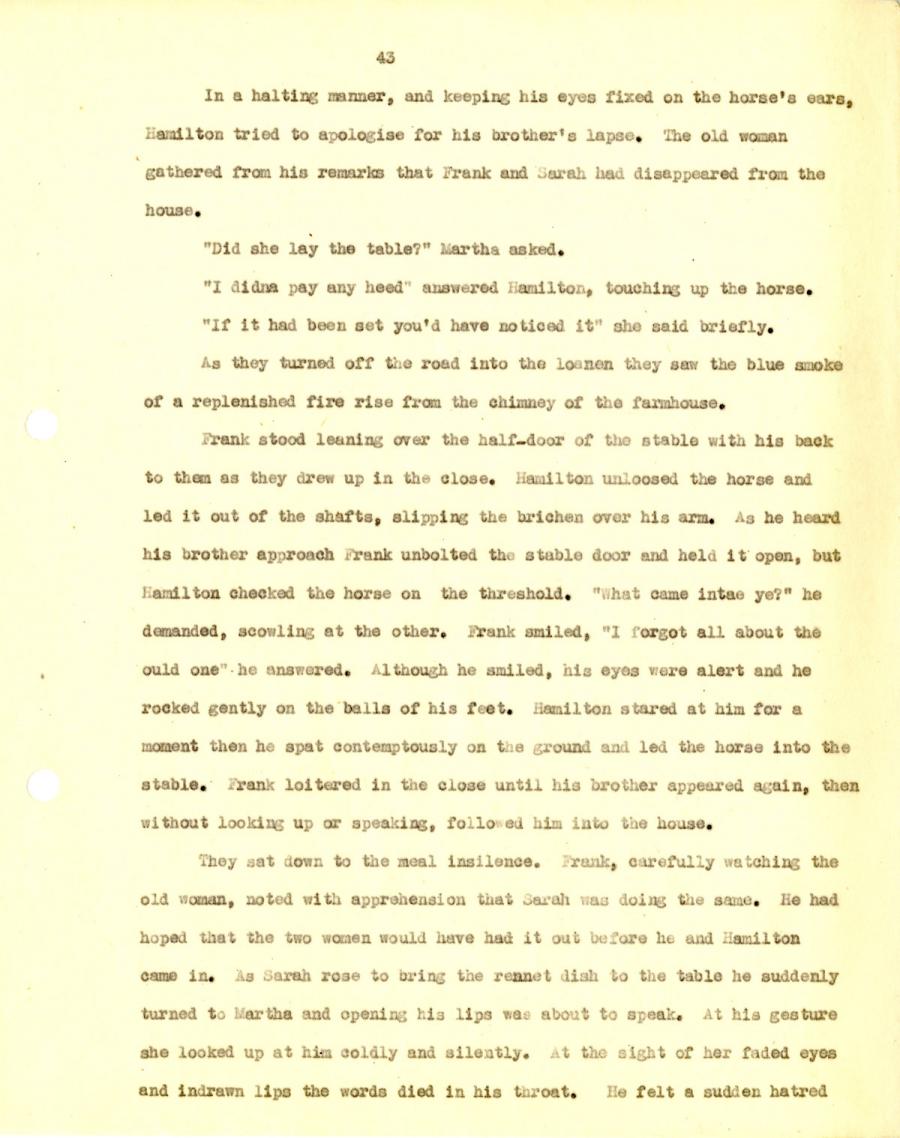 In n halting; manner, and keeping; his eyes fixed on the horse’s ears,

Hamilton tried to apologise for his brother’s lapse. The old woman

"Did she lay the table?" Martha asked*

"I didn pay any heed” answered Hamilton, touching up the horse,

"If it had been set you’d have noticed it" she said briefly.

of a replenished fire rise from the chimney of trie farmhouse.

to them as they drew up in the close, Hamilton unloosed the horse and

led it out of the shafts, slipping the birchen over his arm. As he heard

his brother approach Frank unbolted the stable door and held it open, but

Hamilton checked the horse on the threshold, “What came intae ye?" he

demanded, scowling at the other. Frank smiled, “I forgot all about the

ould one" he answered. Although he smiled, his eyes were alert and he

rocked gently on the balls of his feet, Hamilton stared at him for a

stable. Frank loitered in the close until his brother appeared again, than

without looking up or speaking, folio ed him into the house.

They sat down to the meal in silence. Frank, carefully watching the

old woman, noted with apprehension that Sarah was doing the same, lie had

came in.As Sarah rose to bring the rennet dish to the table he suddenly

turned to Martha and opening his lips was about to speak. At his gesture

she looked up at him coldly and silently, -it the sight of her faded eyes

and indrawn lips the words died in his throat. He felt a sudden hatred