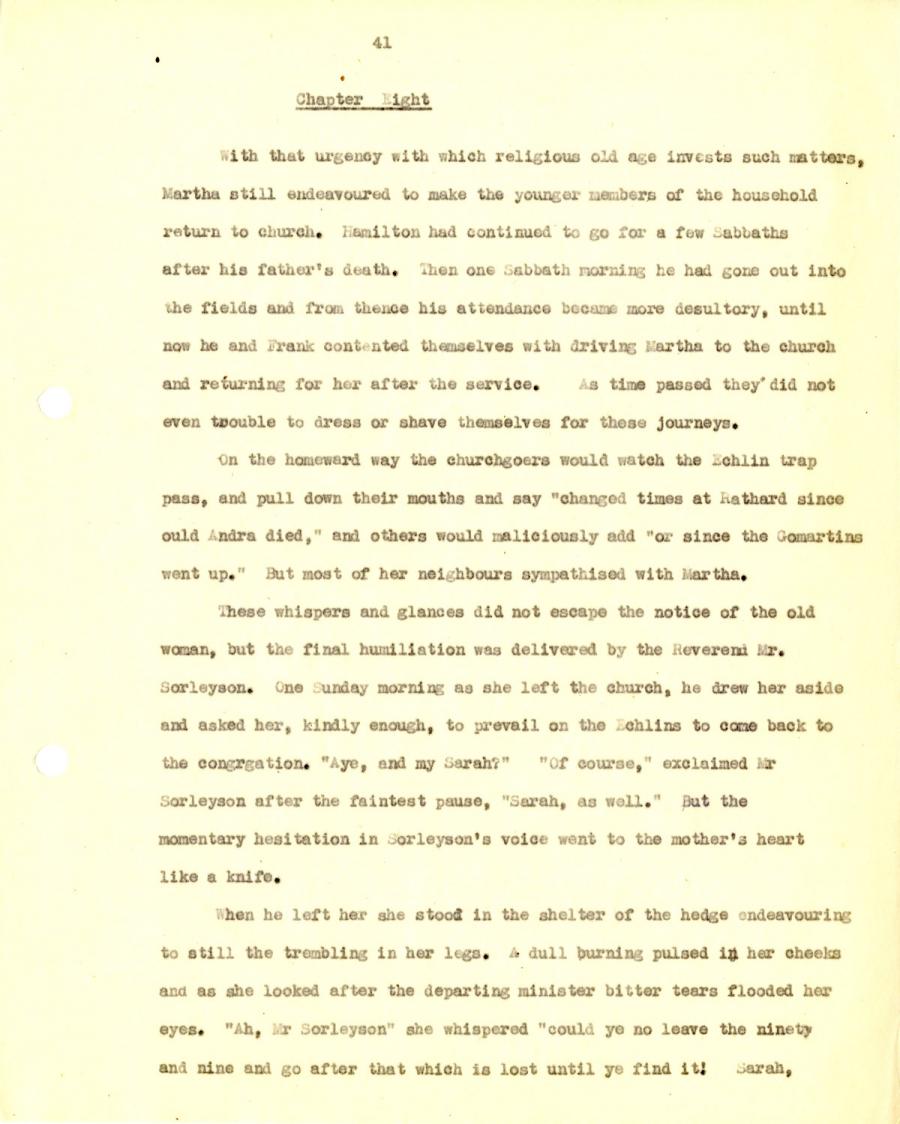 With that urgency with which religious old a,e invests such matters,

Martha still endeavoured to make the younger Members of the household

return to church, hamilton had continued to go for a few Sabbaths

after his father’s death* .then one Sabbath morning he had gone out into

the fields and from thence his attendance became more desultory, until

and returning for her after the service. As time passed they'did not

even trouble to dress or shave themselves for those journeys.

On the homeward way the churchgoers would watch the Echlin trap

pass, and pull down their mouths and say "changed times at Rathard since

ould Andra died," and others would maliciously add "or since the Gomartins

went up.” But most of her neighbours sympathised with Martha.

woman, but the final humiliation was delivered by the Revenant Mr.

Sorleyson. One Sunday morning as she left the church, he drew her aside

and asked her, kindly enough, to prevail on the Echlins to come back to

the congregation, "Aye, and my Sarah?" "Of course,’ exclaimed Mr

Sorleyson after the faintest pause, "Sarah, as well.” But the

to still the trembling In her legs, A dull burning pulsed i$ her cheeks

eyes, "Ah, Mr Sorleyson" she whispered "could yo no leave the ninety

and nine anti go after that which is lost until ye find it! Sarah,