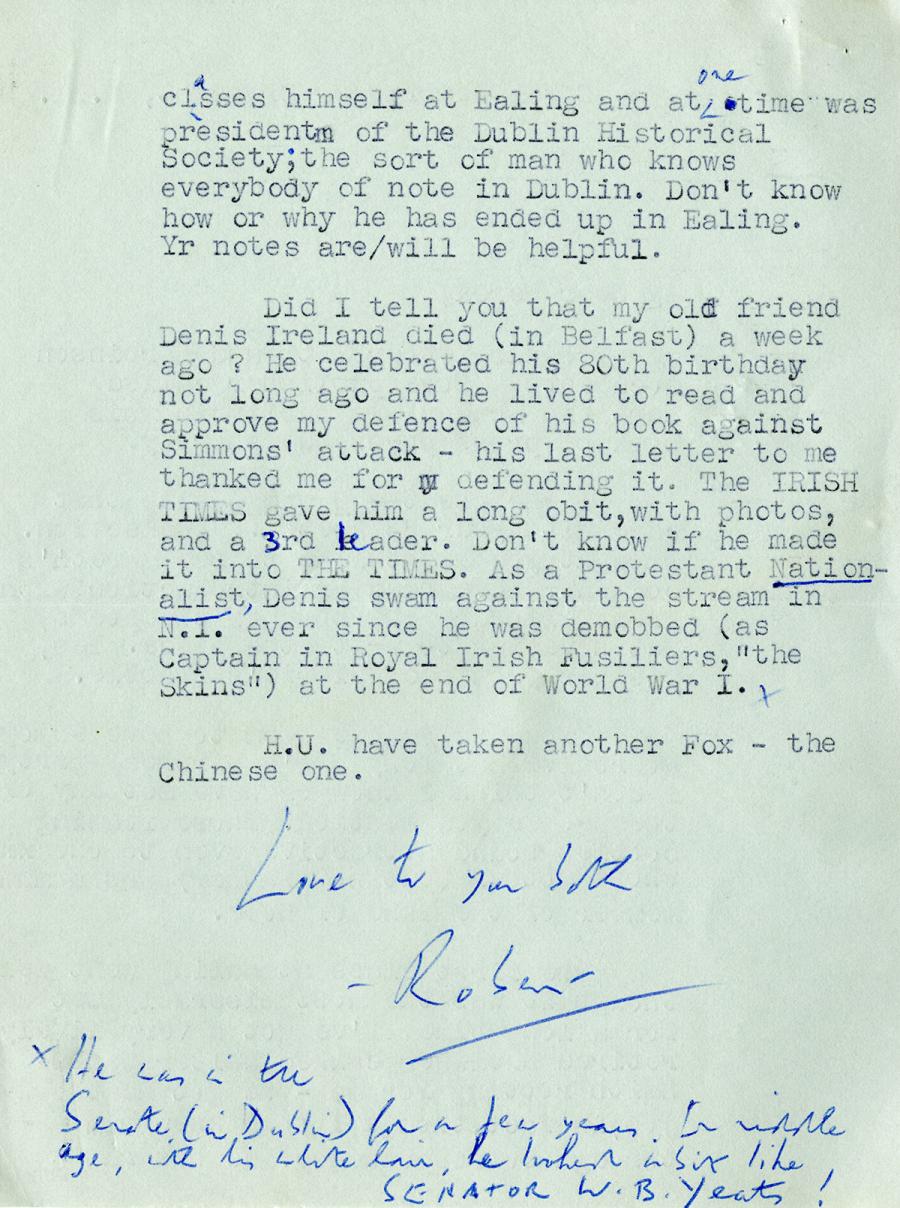 ﻿classes himself at Ealing and at one time was
president of the Dublin Historical
Society;the sort of man who knows
everybody of note in Dublin. Don't know
how or why he has ended up in Ealing.
Yr notes are/will be helpful.

Did I tell you that my old friend
Denis Ireland died (in Belfast) a week
ago ? He celebrated his 80th birthday
not long ago and he lived to read and
approve my defence of his book against
Simmons' attack - his last letter to me
thanked me for defending it- The IRISH
TIMES gave him a long obit,with photos,
and a 3rd leaderer. Don't know if he made
it into THE TIMES. As a Protestant Nationalist,
Denis swam against the stream in
N.I. ever since he was demobbed (as
Captain in Royal Irish Fusiliers,"the
Skins") at the end of World War I. x

H.U. have taken another Fox - the
Chinese one.

Love to you both
- Robert

x He was in the Senate (in Dublin) for a few years.
In middle age, with his white hair, he looked a bit like
SENATOR W.B. Yeats!