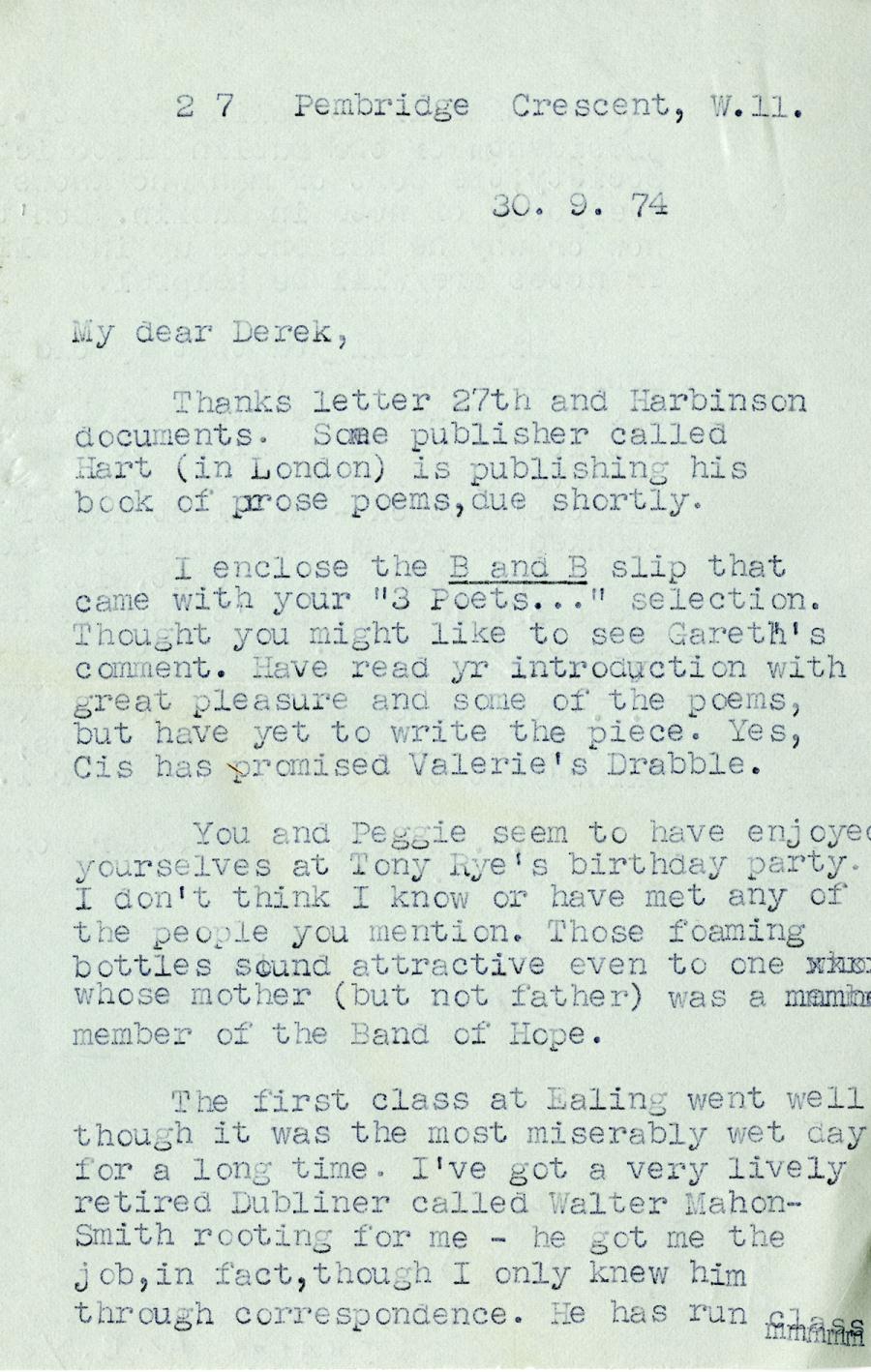 Thanks letter 27th and Harbinson
documents. Some publisher called
Hart (in London) is publishing his
book of prose poems,due shortly.

I enclose the B and B slip that
came with your "3 Poets..." selection.
Thought you might like to see Gareth's
comment. Have read yr introduction with
great pleasure and some of the poems,
but have yet to write the piece. Yes,
Cis has promised Valerie's Drabble.

You and Peggie seem to have enjoyed
yourselves at Tony Rye's birthday party.
I don't think I know or have met any of
the people you mention. Those foaming
bottles sound attractive even to one
whose mother (but not father) was a
member of the Band of Hope.

The first class at Ealing went well
though it was the most miserably wet day
for a long time. I've got a very lively
retired Dubliner called Walter Mahon-
Smith rooting for me - he got me the
job,in fact,though I only knew him
through correspondence. He has run