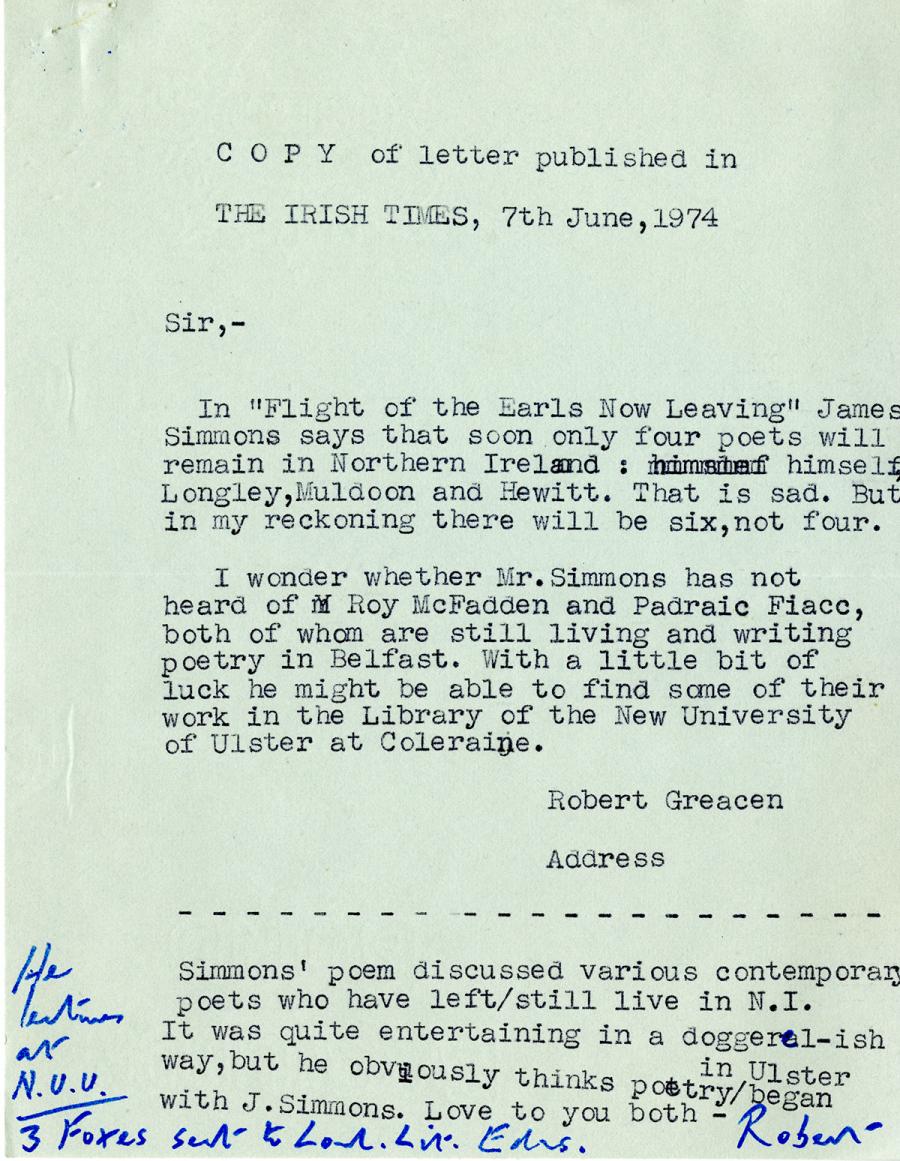 ﻿COPY of letter published in
THE IRISH TIMES, 7th June,1974

In "Flight of the Earls Now Leaving" James
Simmons says that soon only four poets will
remain in Northern Ireland : himself
Longley,Muldoon and Hewitt. That is sad. But
in my reckoning there will be six,not four.

I wonder whether Mr. Simmons has not
heard of M Roy McFadden and Padraic Fiacc,
both of whom are still living and writing
poetry in Belfast. With a little bit of
luck he might be able to find some of their
work in the Library of the New University
of Ulster at Coleraine.

It was quite entertaining in a doggerel-ish
way,but he obvigously thinks poetry/began
with J.Simmons. Love to you both -
Robert
he lectures at N.U.U
3 Foxes sent to Lond. Lit. Edrs